The Saison Russe in Paris

On 19 September 2005 the Musee d’Orsay In Paris saw a long queue at its doors; with or without invitations, all those waiting were eager to attend the private view of an exhibition of Russian art, one both long-awaited - it was four years in its planning - and widely featured in the French press. The general public referred to it as the Saison Russe, and the project was grand indeed, comprising as it did more than 500 pieces that included, beside painting, sculpture, graphics and works from the fields of the decorative arts, architecture and photography, a series of musical and literary soirees, concerts and film screenings.

Unique in its composition the exhibition focused on that period in Russian art history which is characterized by the discovery and wider development of a Russian national character and spirit. If by the mid-19th century other European schools of art had long decided the question of distinctive national identity, the Russian school was only at the beginning of its quest for such an identity.

Thus, the exhibition's French curators, Marie-Pierre Sale and Edouard Papet, concentrated on featuring and emphasizing the aspects of Russian art which make it distinctly Russian. Overseas exhibitions of Russian art in recent decades have shown a preference for either icons or the Art Nouveau and the avant-garde, or for new appraisals of Socialist Realism.

This Paris exhibition attempted to demonstrate achievements of Russian art in which the artists concerned did not copy European tendencies but, having learned from European masters, went on to forge their own distinct image. It features that period of Russian culture which encouraged artists to see their subjects and characters in a contemporary environment, to bring their works closer to life. The project's heart lies in the different ways in which modernism established itself in Russia and France at the turn of the century, as well as the differences in choices of artistic and social goals involved. 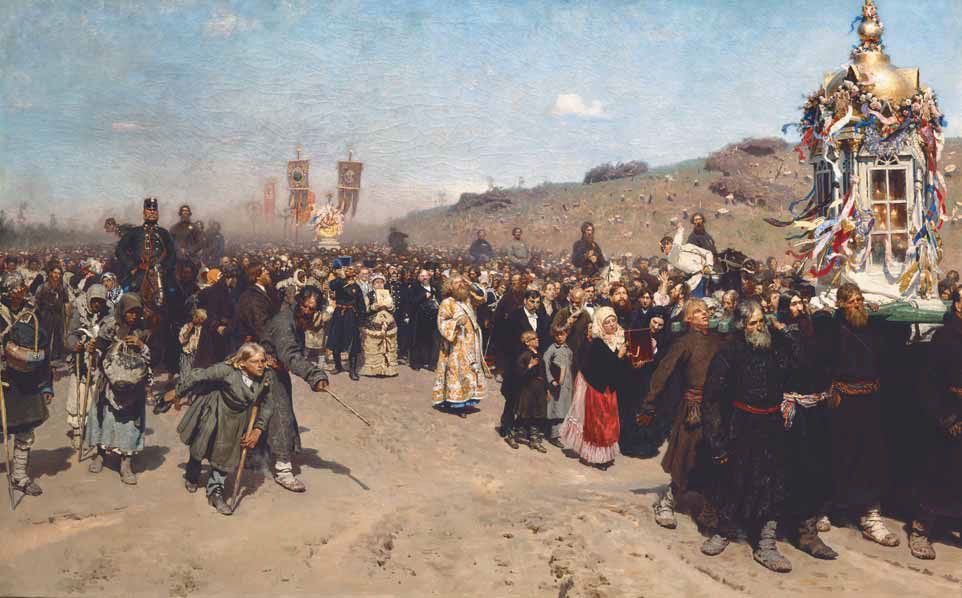 It was that prevailing idea that determined the selection of paintings, particularly well-known landscapes by Kuindji and Levitan, portraits by Kramskoy, Repin and Serov, and a special treat in the form of canvases by Vasnetsov, Nesterov and Petrov-Vodkin, recognized representatives of the so-called "Russian style” of art who remain, nevertheless, little known in Europe. "Religious Procession in the Kursk Province” by Ilya Repin, an outstanding painting on display abroad for the first time, became one of the main attractions of the exhibition. Praising the exhibition, Le Figaro remarked: "For these artists, the ideal landscapes of Arcadia, the antique magnificence nourished by the Italian sun, their obligations to the Academies and to picturesque insipidity, no longer exist; their place is taken by humble dachas, real people, the authentic nature of endless landscapes, desolate or splendid like "The Birch Grove” by Arkhip Kuindji, for example, or "On a Festive Day” by Nikolai Kuznetsov, which is reproduced on the cover of the exhibition's remarkable catalogue.”[1]

Much attention and praise was also paid to the brilliant collection of sculptures including masterpieces by Sergei Konenkov, Anna Golubkina, Nikolai Andreyev, and majolica pieces by Mikhail Vrubel and Andrei Matveyev. A particular surprise for French viewers was the display of decorative art that included the famous mantelpiece by Vrubel from the Tretyakov Gallery, carved wood furniture from the museums of Abramtsevo and Talashkino, as well as porcelain and textiles from the Historical Museum.

But no matter how large and representative such an exhibition may be, it remains unable to display Russian art of the mid-19th and early- 20th centuries in all its splendour. That was not its aim, however; rather the purpose was to give the public a broader idea of the enormous section of Russian culture that has not, to date, received the attention it deserves at other such prestigious exhibition projects. The eagerness and dedication of the French curators, and their desire to show as many works as possible, resulted in a certain "crowded” quality in its halls - which simultaneously created a very special atmosphere.

The Russian exhibition was opened by Bernadette Chirac and Lyudmila Putin, who spent about 90 minutes studying the works on display. They paid special attention to original photographs from the period, a section that has been widely popular with viewers, and includes pictures of Lev Tolstoy taken by his wife (on loan from the Tolstoy Museum in Moscow) as well as scenes of everyday life in Moscow, St. Petersburg and the Russian provinces (from the Historical Museum). 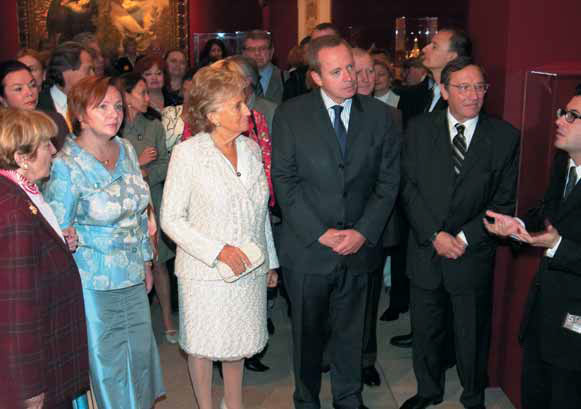 "I will certainly come to Moscow for the opening of the exhibition,” said Bernadette Chirac. 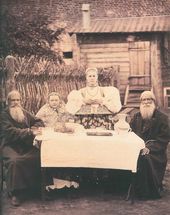 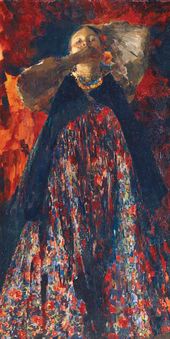 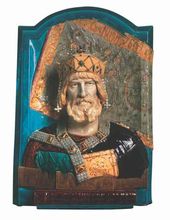 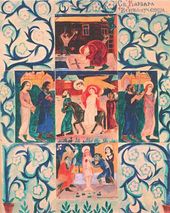 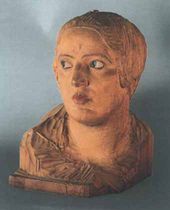