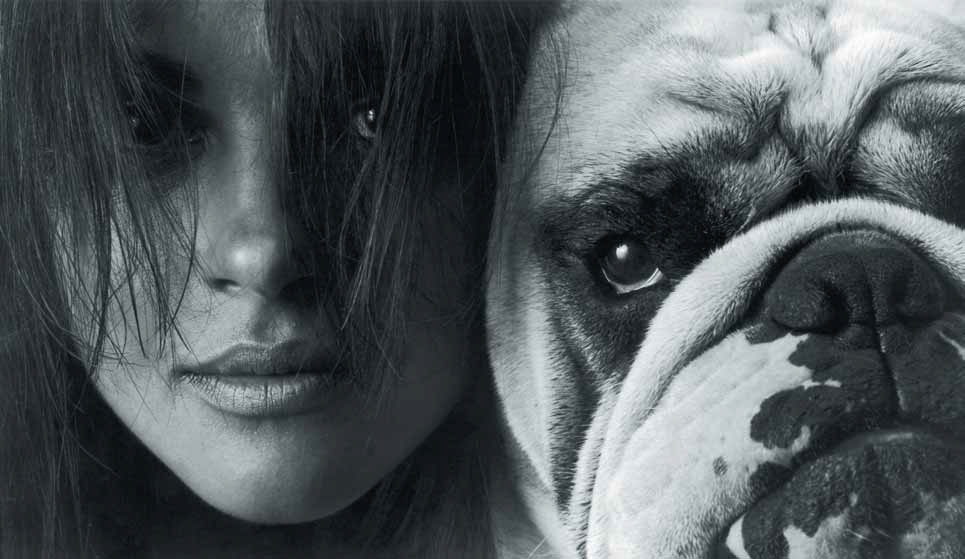 Oleg KULIK. Lisa and Quilty. 2004
From the series “The Fears of White Man”. Black and white photo

Modern culture - and modern art, In particular - has encompassed the term "re-actualization”, which refers to cases when a phenomenon or genre is taken out of the archive and presented to the cultural community in a new light, with new meanings and a new functional orientation.

The "Faces" project is just such a re-actualization of the portrait genre. The aim of the project is to try to find, show and if possible systemize the latest tendencies in modern art which use, quote or apply this generic method to fulfill its given tasks. 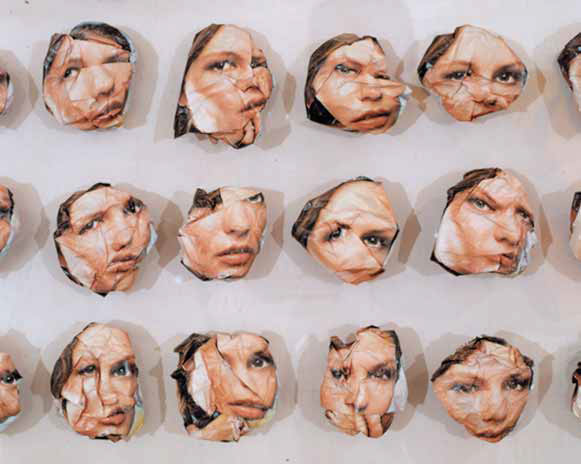 In the pre-photographic era the portrait had a significant political and cultural function. The monarch, or Tsar, visually transmitted his power over his subjects through his image in stone, bronze or on coins. Moreover, figures of historical or cultural importance preserved their faces for history, tradition and culture. Thus we know what Caesar, Charles the Great, Luther, Byron and Voltaire looked like, since their images have survived over time.

With the appearance of photography the function of the portrait changed greatly, with the photographic image and the artistic portrait existing independently. Whereas photography assumed the function of documenting, preserving and obtaining images for different purposes the portrait became a way of attaining a purely artistic objective. In the era of Modigliani and Picasso the artist's view of a persona - and the individuality and uniqueness of that view - was very important, whereas photography allowed copying, actuality and authenticity.

Meanwhile, modern art history and the wider cultural situation have shown, and continue to show the vast spectrum of notional and artistic meanings and qualities of the portrait genre. It started with Andy Warhol, whose portraits, pictures and images of his subjects virtually dematerialize or disappear in the process of copying, and ends with Maurizio Cattelan who recklessly rewrites the new mythology, creating absurd and impossible situations with his sculptural compositions. Russian art used such a strategy of applying well-known genres in a different way quite widely in "sots-art", as with the work of Vitaly Komar and Alexander Melo-mid, Leonid Sokov and Alexander Kosolapov.

This is due to the fact that, in late post-modernism, the viewer's attitude towards the portrait, and the image, has changed greatly when compared with the classical era. All images today can be tentatively divided into several categories: informational (in a political and social context), commercial, popular (sub-cultural), artistic and private. Modern artists, however, use all such existing categories in their work by quoting from or simulating some of them. This is due to the fact that today the viewer (who is effectively the recipient) perceives every image as a simulacrum, a label of a product, power, politics, fashion, pop culture and the like. That's why the viewer's perception is now conditional, contextual and mythical. As a result the artist is forced to work in a foreign social and cultural field which constantly changes his style, language, manner and message in order to reach the viewer. In conclusion, it can be said that as a genre category the portrait is more dead than alive. But if we consider all the relevant experience of today and if there is any live display of the portrait genre then it is more life after death.

The "Faces" project is meant to show what is being done in modern art of this direction. Among the artists who are working with the project and who have confirmed their artistic strategy in this genre are Vladislav Mamyshev-Monroe, Vladimir Dubossarsky, Alexander Vinogradov, Oleg Kulik, the AES group, Valery Koshlyakov, Avdei Ter-Oganian, Bratso Dmitrievich, the "Blue Noses", Aidan Salakhova and others. 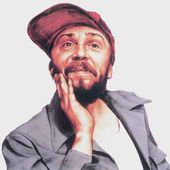 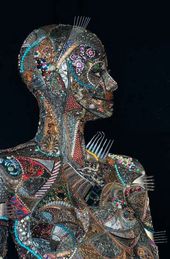 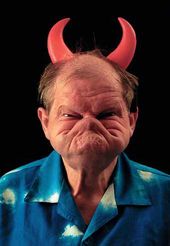