THE STORY OF THE IRKUTSK COLLECTION BEGAN WITH THE PICTURE GALLERY OF VLADIMIR PLATONOVICH SUKACHOV (1849-1920). HE WAS A TRUE SON OF HIS TIMES: A WEALTHYPHILANTHROPIST AND A PROMINENT FIGURE IN RUSSIAN SOCIETY. HIS MOTHER CAME FROM A FAMOUS FAMILY OF SIBERIAN MERCHANTS, THE TRAPEZNIKOVS WHO HAD LONG BEEN INTERESTED IN PAINTING, ALREADY IN THE 18TH CENTURY STARTING TO ORDER PORTRAITS FOR THE FAMILY COLLECTION: IT INCLUDED WORKS BY THEIR PRIVATE PAINTER N.A.KLIMOV, THE DECEMBRIST N.A.BESTUZHEV, THE LOCAL ARTIST M.I.PESKOV AND OTHERS. VLADIMIR SUKACHOV’S UNCLE, A.K.TRAPEZNIKOV STUDIED PAINTING WITH PAVEL TRETYAKOV’S CLOSE FRIEND, THE ARTIST A.G.GORAVSKYFROM ST. PETERSBURG. 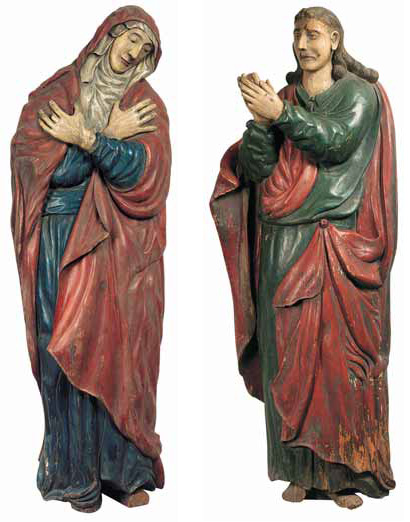 Irkutsk was home to many enthusiasts of Russia's development, as well as the place of exile for participants of the anti-Tsarist revolt of December 1825, a fact which strongly influenced the spiritual environment of the city. After graduation from the Irkutsk Classical College, which at the time was one of the best in Russia, Sukachov pursued his education at the universities of Kiev and St. Petersburg, before returning to his hometown where he served as mayor from 1885 to 1898. He saw his mission in serving his homeland, and helping to advance cultural awareness, scientific potential and education. The young collector was apparently impressed by Tretyakov's activities; in the early 1870s, before the Tretyakov Gallery was opened to the public for the first time, Sukachov bought his first pictures at exhibitions and auctions in St. Petersburg, and sometimes from the artists themselves or their relatives. The canvases were transported by train, until after a journey of a little more than 5,000 kilometres they were transferred to sleighs. 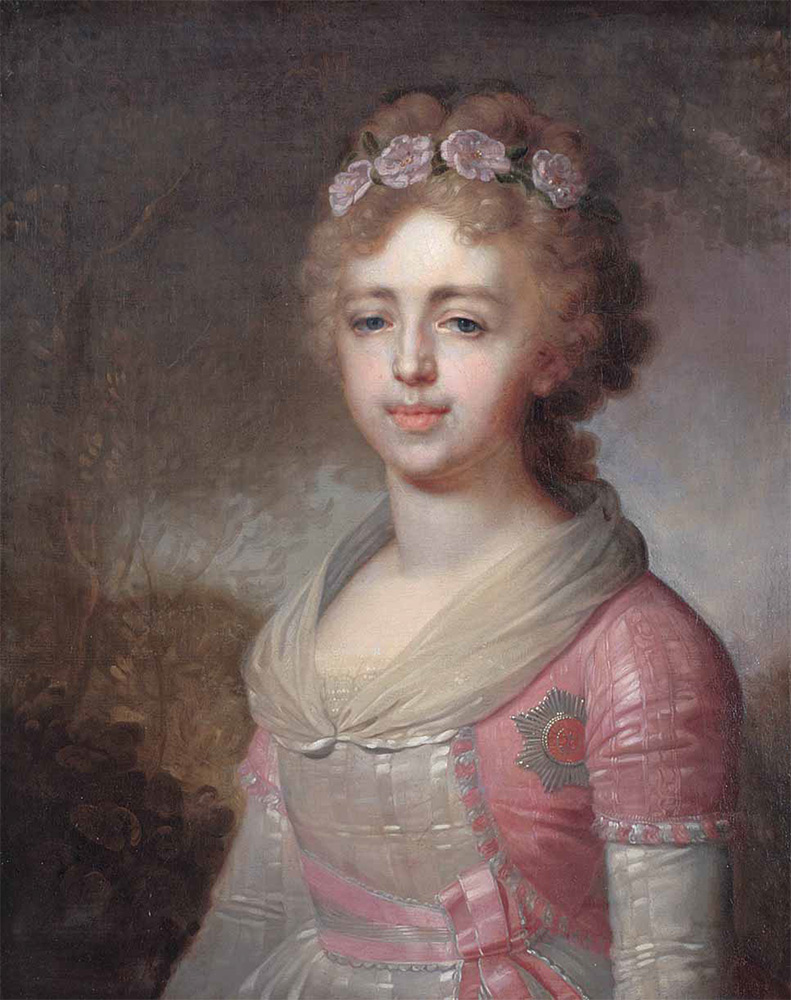 30 pictures from Sukachov's collection were exhibited for the first time in the building of the Eastern Siberian Division of the Imperial Geographic Society. By 1880 the collection had doubled, with the high artistic level of the exhibited works noted. They were mainly pictures by the peredvizhniki: V.M.Maksimov, G.G.Myasoyedov, Ilya Repin, M.K.Clodt as well as other masters of the 19th century, including A.P. Bogolyubov, A.G.Varnek, Konstantin Makovsky, Vasily Vereshchagin, A.O. Orlovsky, Ivan Aivazovsky, R.G. Sudkovsky, Yuly Klever the yanger, B.P. Willewalde, as well as copies of Raphael, Correggio, Rubens, Ribera and Murillo made at Sukachov's commission from Western European museum collections. 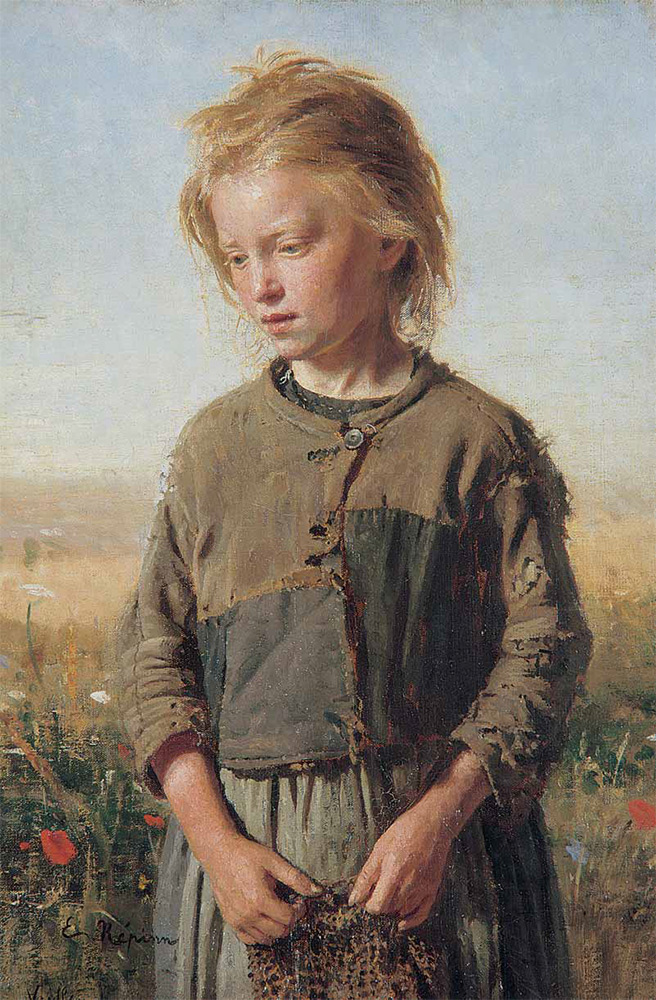 In 1881 Sukachov bought a strip of land on the outskirts of the city, planning to build his gallery there. After a year the two-storey building with 12 halls was finished and the pictures were transferred there. It was the first gallery in Siberia that was, like the Tretyakov Gallery, open to the general public.

From 1898 Sukachov moved to St. Petersburg, where he announced a tender for a project for a new building for the gallery in the centre of Irkutsk. Unfortunately, financial constrictions prevented him from fulfilling his dream. In 1910 he was in his hometown for the last time, but his absence did not affect the gallery's activity. Later the gallery, as an independent centre of Irkutsk's cultural life, survived the Revolution and Civil War and was saved by citizens from plunder.

In 1 920 the gallery was nationalized and became part of the Irkutsk Scientific Museum, located in the former store of the merchant Meshchersky; Konstantin Pomerantsev (1884-1945) became its curator. This painter and sculptor simultaneously held the post of chairman of the Irkutsk Artists' Society.

In the 1920s the Sukachov Gallery was expanded with a large collection of Oriental art that had belonged to the Museum of the Eastern Siberian Division of the Imperial Geographic Society: Chinese wood sculpture of the 18th century, ritual saucers made of bronze, artworks made of lacquer, bone and stone, Chinese porcelain, Japanese netsuke, and a series of gravures and traditional prints on wood. The cultural heritage was fully listed and studied: Pomerantsev created an inventory, and the first printed catalogue of the gallery. He also started to gather materials for its section of modern Siberian art; when in 1926-1928 the Irkutsk painter Boris Lebedinsky (1891-1972) took over the post of curator, he and his colleagues continued efforts to enlarge and analyse the collection.

In 1928 some marvellous works were sent from the State Museum Fund: paintings by V.K. Shebuyev, F.S. Rokotov, V.L. Borovikovsky, A.I. Kuindzhi, P.P. Konchalovsky, Nikolai Roerich, S.Yu. Zhukovsky, N.N. Sapunov, as well as gravures and collections of Russian porcelain, and jewellery from the Ovchinnikov and Faberge workshops. At that time the collection of the Irkutsk museum could well be compared with those of Moscow or St. Petersburg.

But in the early 1930s the museum ceased almost all its activity; exhibits were hidden in vaults and lofts, and the inventory books disappeared. The Gallery returned to real activity only in 1936 when its art division became the independent Eastern Siberian Art Museum, headed by Dudin. The unique collection of Siberian porcelain from the museum of the Perevalov Porcelain Factory in Khaytinsk was added to the Museum's treasures.

Many generous contributors can be found in the history of the museum, among them the Moscow collector Yu.V. Nevzorov, the museum employee from Leningrad P.Ye. Kornilov, himself an Irkutsk native, Bergman, the widows of artists, N.I. Rozhdestvenskaya and G. Savitskaya, the Irkutsk governor Yu. Nozhikov and governor B.A. Govorin. The gifts of the Moscow collector F.Ye. Vishnevsky are so significant (approximately 200 works) that his role in forming the collection is comparable with that of Sukachov.

N.K. Velichko made a considerable contribution, and it was with his help that over a quarter of a century the collection of the museum expanded by over 2,000 exhibits: mostly icons of the Moscow and Novgorod schools from the 1 6th-1 8th centuries, Russian and Western European paintings and graphics, and ancient Chinese artworks from the collection of V.V. Velichko.

Regardless of the great number of new works that the museum received during Soviet times, the Sukachov collection continues to be the real pearl of the Irkutsk museum, a very special homage to a man who sought neither prominence, nor commercial gains, an individual whose willingness to serve his hometown was unselfish. In 1987 Sukachov's former mansion became a part of the museum, and in 1989 the collection was named after this outstanding man. 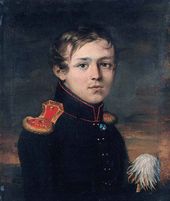 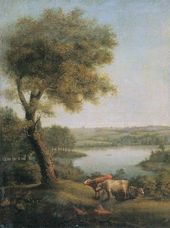 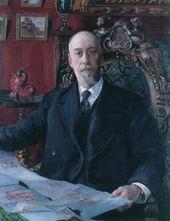 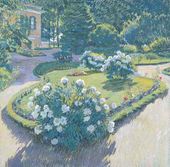