The exhibition of works of young Russian artists held in the "Engineer Wing” of the Tretyakov Gallery was a major event in the lives of each of its 46 participants, the finalists of the competition organized by the "Tretyakov Gallery" magazine and the Tretyakov Gallery; the exhibition was honoured with the name of the gallery's founder. The idea of recreating forgotten traditions of co-operation with young representatives of national culture was implemented in this national competition, which combined the work of painters, graphic artists and sculptors. There is a strong sense that all ties with the younger generation have been broken, co-operation destroyed and co-ordination disregarded: there are no more special committees directed towards the young from the Ministry of Culture, the Academy of Arts, or the Unions of Artists; no more discussions ofmajor exhibitions of contemporary art among professionals and experts. Thus the "First All-Russia Competition of Young Artists" proved an initial step in the re-constitution of public and state forms to support young talents, to establish an atmosphere of genuine competition, and to raise professional levels of culture and mastery. It has to be admitted that for many years such problems were not considered the responsibility of the respected institutions.

The editorial board of the "Tretyakov Gallery" magazine, which was the initiator of the competition, and members of the jury, headed by Tair Salakhov, vice-president of the Academy of Arts - managed to select only 46 works out of 928 which were submitted. 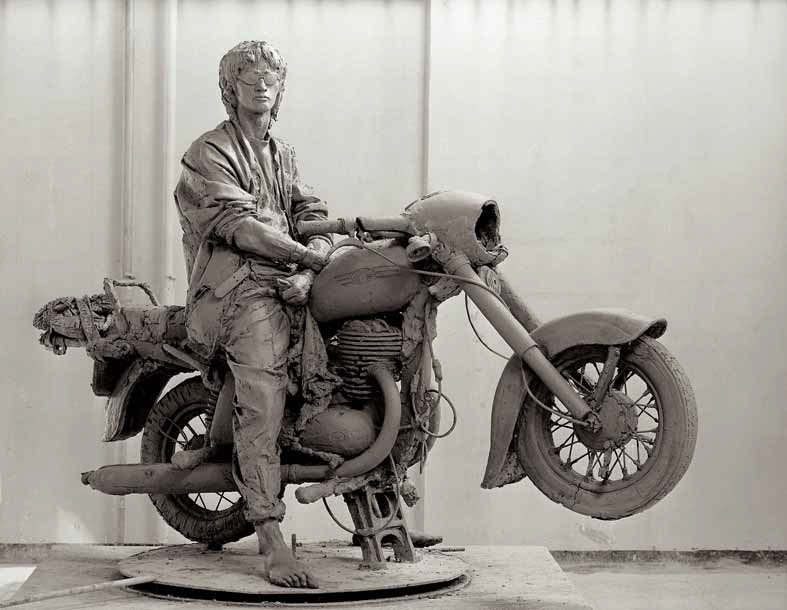 In considering the results of the competition - for a whole variety of reasons - it is of course hard to reach a final or objective conclusion on the state of art among the young, and the condition of artistic higher education across Russia. Firstly, for many young artists the very thought of being exhibited in the Tretyakov Gallery sounded like a "utopia": too many promises have never been kept, and obligations never fulfilled. Secondly, the organization of such a competition involves a great deal of effort, and substantial financial support. Additionally, it means cooperation with, and the direct participation of, art colleges, schools and higher educational institutions, to say nothing about the Unions of Artists, Ministry of Culture and Academy of Arts - the organizations that, in our remote past, used to commission works of art from young artists, and send them on professional trips and to special residential educational and training schools. Such activities stimulated the process of formation of the spiritual and moral criteria of our art, as well as its aesthetic ideals. Lastly, the need to overcome any formal and commercial approach to such competitions is urgent indeed, since the latter should be perceived as real, regular and annual events. We risk losing the high professional criteria and spiritual orientation, prefering the rather unstable and irregular demands of the art market, and aiming to satisfy the mediocre tastes of the "new Russians”, following some currently "fashionable" trends that are remote from the real achievements of Russian culture.

This competition, albeit organized not without some level of spontaneity, managed to achieve its main goal - to draw attention to the process and level of professional training and education of the young artists who will personify the future of Russian art.

The final decision was unexpected for all those involved, but unanimous for the jury; and winners were awarded diplomas of various degrees, and also presented with trips to Italy and the Czech Republic, as well as some special prizes given by the event's sponsors.

They were sincerely grateful to all those who contributed: the major sponsor of the "Tretyakov Gallery" magazine, Vitaly Machitski, the "SeverStal" Group, the travel agency "Nebesny Aliance", the foundation for museum support Sokrovishcha Otechestva ("Treasures of the Fatherland"), the Moscow State Museum "Dom Burganova" (The Burganov House), and of course, the director of the Tretyakov Gallery Valentin Rodionov and the publishing house ScanRus.

The name of Pavel Tretyakov, as well as the involvement of the Tretyakov Gallery, can only stimulate future participants in this annual competition, and raise the standards and aesthetic criteria, as well as a sense of professional responsibility, among young Russian artists. 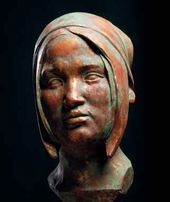