"It is not what happens to you that matters but how you take it."
Hans Selye

"The specialized sciences of our times concentrate on the study of the three constants of life: the sexual instinct, the sentiment of death, and the anguish of space-time.
Salvador Dali

To attempt to write anything new, or at least original, about Salvador Dali in 2004, the centenary of his birth, when there have been, and will be written hundreds of pages on his art is a daunting prospect. A genius of both creativity and the creative "escapade", Salvador Dali has become a personification of the stressful 20th century. His name is known to millions, although many of them have never seen a piece of his art - whether a painting or a graphic work, a sculpture or installation, a piece of furniture or jewellery... Nevertheless Dali remains a puzzle, a figure who puzzles viewers, art critics and all those interested in his turbulent life and stressfully shocking art. Dali was consequent in his inconsequence, a vagabond investigating new paths for contemporary art, which would then be taken on by future generations of artists. His boundless imagination led him to both nowhere and everywhere; his vigour made the creative process nonstop; his inner freedom and emancipation which reached the edge of dissoluteness allowed him to respond to any artistic challenge. Dali was like a Midas, whose touch made everything art and gold.

Having declared himself apolitical, Dali prefferred "Dali-ism" to all other "-isms". Nevertheless he depicted and embodied a range of political topics, from a Judaic cycle, to the "Evocation of Lenin" and "Premonition of the Civil War", to mention just a few. In this way he contradicted himself, and the whole of the world, but never his Love - his Gala, who became Dali's ever-lasting Gala-performance, a concerto for two players and easel.

But my story concerns a trifle, probably a certain hommage that Dali made to one of the outstanding scientists of the 20th century, the creator of the theory of stress, Hans Selye. With the passing of time this trifle has gained remarkably in value.

It was as late as 1979 that Dali responded to Hans Selye's request to make an invitation card for the Symposium on the Management of Stress which was to take place in Monte Carlo, Monaco. Why did Dali - at that time the great artist personified - agree to make something which could add nothing to his worldwide fame? Most likely, it was the result of his constant interest in the scientific innovations of his time. His art was infected by psychoanalytical exercises - he skillfully married nightmare and reality. With an accuracy which proved dismaying Dali depicted the grim facts of 20th century history, of war and peace. He created "Beauty" from images of transplanted organs and foetuses.

In any case, Dali agreed to make the invitation card for the Symposium, which we can now bring to the attention of our readers. The invitation card is crammed with Dali's characteristic images: a girl with a skipping-rope, bleeding skulls with the teeth of the three sevens and the eyes with the fours; and, of course, numerous ciphered numbers such as 26, 604. and the twisting letter "S". All these on a background of a shining sun, birds humming in the sky, green trees in the distance. Welcome to the Symposium on the Management of Stress! And the signature - Dali.

Hans Selye was naive enough to send two invitations to his friend Dr. Ivan Khorol, with whom I had been preparing Selye's book "From Dream to Discovery" for publication in Russian. We, Dr. Khorol as editor and myself as translator, were also too naive to expect our dream to become realized in the near future. It took some years to get the book published in Russia: but we were satisfied with the results - it became a bestseller.

We did not attend the Symposium in Monte Carlo, but the invitation card remains as a rare example of Dali's "mini-art". 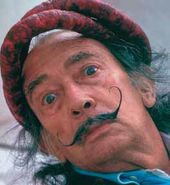 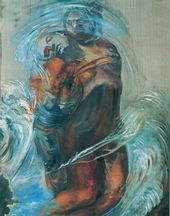 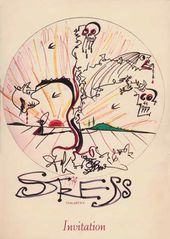