Maria Yakunchikova’s Parisian letters to Yelena Polenova contain a brief account of her acquaintance with the artist, who is little known today, even in France, but who, in his time, undoubtedly enjoyed popularity across all of Europe, including Russia. 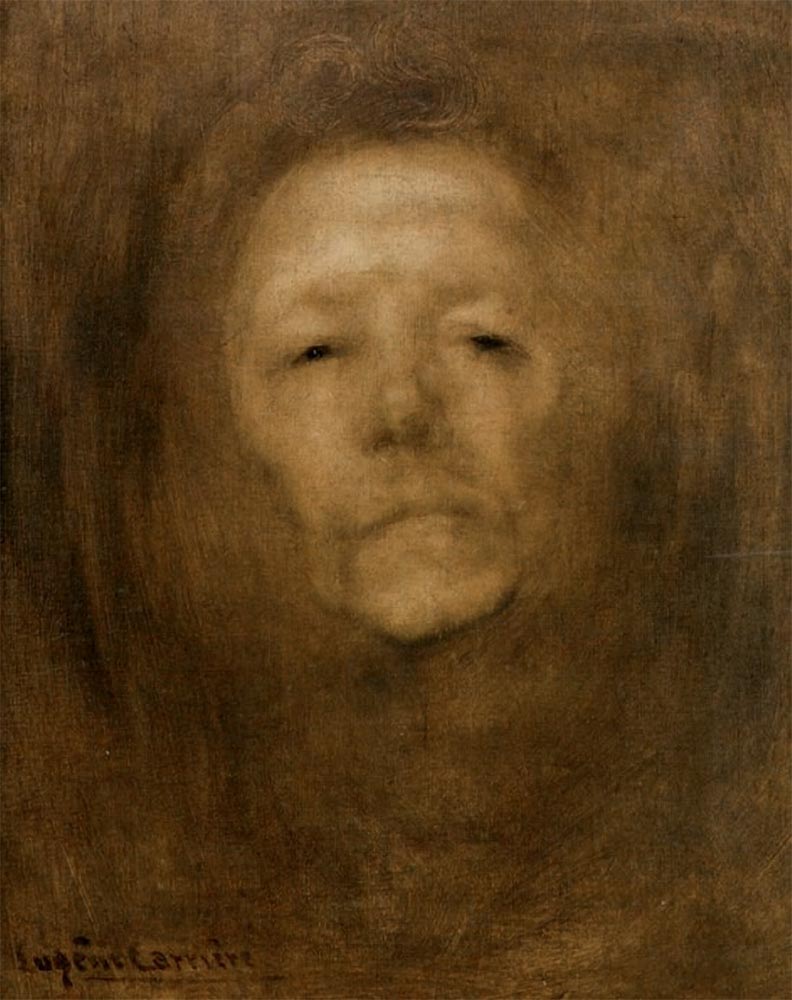 Carrière gained fame only later In his life, In the 1890s, although the respect he commanded was truly great. Publications and even books dedicated to his art had already appeared during his lifetime. The artist received numerous commissions, both from private persons and from the state. Students at his workshop Included Henri Matisse, André Derain, Jean Puy and other painters who later won global recognition. Attendees of the Académie Carrière Included, among others, Russian artists, such as Alexander Shevchenko and Yelena Kiseleva, who came to Paris searching for new creative Ideas. Carrière's pronouncements made an Impression, he participated In high-profile political, artistic and civic campaigns - for instance, demanding a reconsideration of the famous Dreyfus affair, advocating for the establishment of the Salon d'Automne In Paris and giving Interviews on Important social issues. Although in some of his pronouncements Carrière sided with the political opposition, he was awarded the Order of the Legion of Honour. His friends Included the greatest luminaries of the day: the Goncourt brothers, Alphonse Daudet, Paul Verlaine, Stephane Mallarmé, Georges Clemenceau, Isadora Duncan, and so on Carrière's closest friend, Auguste Rodin, regarded him as one of the era's greatest masters, arguing that “most pictures at the exhibitions are Just paintings, and against this background, Carrière's Images are windows opened onto life”[1].

The artist's workshop (In which, alongside other artists, our fellow countryman Ivan Pokhitonov once worked) became a meeting place for the Intellectual and cultural elite; the guests Included foreign visitors to Paris as well. By the end of Carrière's life, a circle of progressive European thinkers[2] had formed around him, as earlier circles had formed around Leo Tolstoy and Henrik Ibsen. Isadora Duncan, describing her first meeting with the artist, characterised him as an exceptionally magnetic, charismatic kind of person: “There was a powerful spiritual energy In him, the strongest I've ever seen: Reason and Light. He emanated the greatest tenderness towards all living things. All the wondrous beauty and power of the artist's paintings was a direct reflection of his most perfect soul. In his presence, I felt like I probably would In the presence of Christ. I was so full of reverential awe that I felt like dropping to my knees and I would have, had I not been so shy and reserved by nature."[3] There are other similar accounts of Carrière. He was regarded by many as a wise adviser, an example to emulate and a figure of authority.

Writing to Polenova about the best works displayed at the 1892 Salon d'Automne, Yakunchikova mentioned Anders Zorn's “Omnibus" and Carrière's “Motherhood"[4], praising the latter artist for the precision with which he captured gesture and faces: “The Illusion of reality Is astonishing"[5]. The composition featuring a woman embracing and kissing her two children garnered praise from other critics as well: “[Carrière] has never before achieved such compelling expressiveness of gesture, such mastery of composition"[6]. ЁПе Faure defined the historical significance of Carrière's art: “No artist before has been brave enough to focus all of his work on mundane everydayness. Even Rembrandt practically always needed a great event, a picturesque story In order to express his passion. Carrière understands that the most ordinary everyday occurrence Is an event of the greatest proportions. In this sense, he's a true historical painter as he tells people stories about things they themselves never notice - the very essence of their lives."[7]

Considering Vasily Polenov's close ties with the Mechnikov family, as well as the latter's close ties with Rodin and Carrière (Ilya Ilyich Mechnikov was a close friend, and later a personal physician, of the artist, who suffered from throat cancer; Mechnikov's wife Olga Nikolaevna took painting lessons from Carrière and, according to several accounts, the only paintings gracing walls in the Mechnikovs' house were Carrière's[8]), it is highly likely that Yakunchikova's contacts with Carrière amounted to more than merely nodding acquaintance. Maria Yakunchikova belonged to the group of Russian artists who did not emulate his narratives or style, but felt the magic of his charisma nonetheless. From the letters exchanged by Polenova and Yakunchikova, we learn that the latter favoured the approach to art described by Carrière himself: “His paintings are created inside him, he has ‘inner' visions, for instance, as soon as he hears music, he has a vision, which he later reproduces. That is real art - creating in your mind's eye an image rising from the sum of previous impressions."[9] She strove to achieve the same richness of associations and the depth of underlying ideas, although she was not quite satisfied with herself.

At the turn of the century, the French painter's name regularly came up in Russian art reviews and in letters; his pieces were featured at the international exhibition of “Mir iskusstva" (The World of Art) in 1899 and bought by Sergei Shchukin, Ilya Ostroukhov and Mikhail Morozov. Carrière, meanwhile, was quite interested in Russia and its social and political developments. The ties between the great master and our country, as well as the influence he exercised little by little on Russian painting and literature, will be the focus of the exhibition at the Museum of Russian Impressionism in Moscow. The confirmed participants include Musée d'Orsay and art museums of Lille, Lyon, Grenoble and Strasbourg. The exhibition, which was rescheduled on account of the Covid-19 pandemic, is expected to take place in 2022. 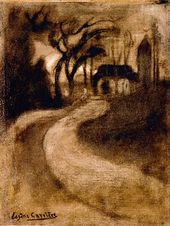 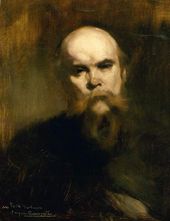 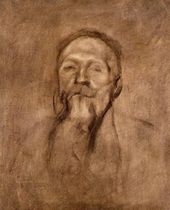 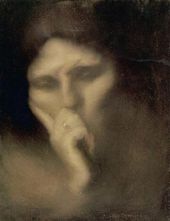