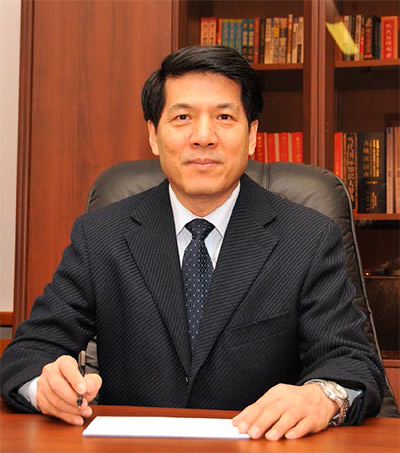 China and Russia share an enormous border with a length of more than 4,300 kilometers, but this border does not divide Russia and China - rather it unites our two great powers.

At present, relations between China and Russia are going through the best period in their entire history, and this undoubtedly affects our cooperation in the field of culture. This special issue of the “Tretyakov Gallery” Magazine “China - Russia: On the Crossroads of Cultures”, published in Russian, Chinese and English, is a clear confirmation of this.

It is hard to imagine a Chinese tourist arriving in Moscow and not visiting the State Tretyakov Gallery. Now tourists from China have the opportunity to purchase a magazine bearing the name of the main national museum of Russia and to become acquainted with its history and collection in their native language.

I am sure that both the Russian and foreign readership of the magazine will find in the pages of this special issue a great deal of interesting information on the ancient and yet always young art of China, and on the main museums of the Celestial Empire.

In connection with the publication of this special issue “China - Russia”, the role of the general sponsor of the “Tretyakov Gallery” Magazine, the widely- known and well-respected businessman and philanthropist, Mr. Vitaly Machitski, cannot be overemphasized.

With best wishes for our further successes,