On May 16, the Vrubel Hall of the historic building of the Tretyakov Gallery hosted a special evening dedicated to the presentation of a new issue of the “Tretyakov Gallery Magazine”, “Great Britain - Russia. On the Crossroads of Cultures” (No. 2, 2016), prepared with the participation of the Tretyakov Gallery, the Embassy of the United Kingdom in Russia, and the GRANY Foundation (co-founder and publisher of the magazine), supported by the general sponsor of the magazine, Vitaly Machitski, who was among the guests at the event.

The issue was timed to coincide with the recently opened exhibitions of portraits of outstanding personalities in art, culture and science - "Russia and the Arts: The Age of Tolstoy and Tchaikovsky", the show of portraits from the collection of the Tretyakov Gallery displayed at the National Portrait Gallery in London, and "From Elizabeth to Victoria", the exhibition of work from London's National Portrait Gallery that opened in Moscow on April 19. Regular readers of the magazine have already had the opportunity to familiarize themselves with the illustrated articles prepared by the Russian and British curators of these exhibitions.

The event was opened by the Director of the Tretyakov Gallery, Zelfira Tregulova, who spoke about the events accompanying the Moscow exhibition, and about the education programmes prepared by the staff of the Gallery and the Moscow office of the British Council, emphasizing the unique role of the special issue "Great Britain - Russia. On the Crossroads of Cultures" within the reciprocal Year of Language and Literature. Special words of gratitude were addressed to the authors and organizers of the event: "On behalf of all the staff of the Tretyakov Gallery and all guests I would like to thank Mr. Vitaly Machitski and the GRANY Foundation headed by Irina Machitski for this issue, and for the wonderfully organized event," Tregulova said. 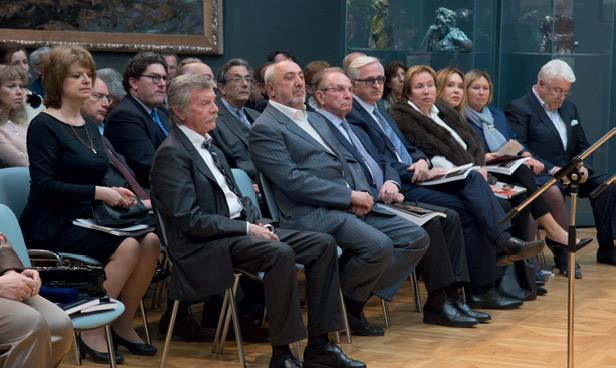 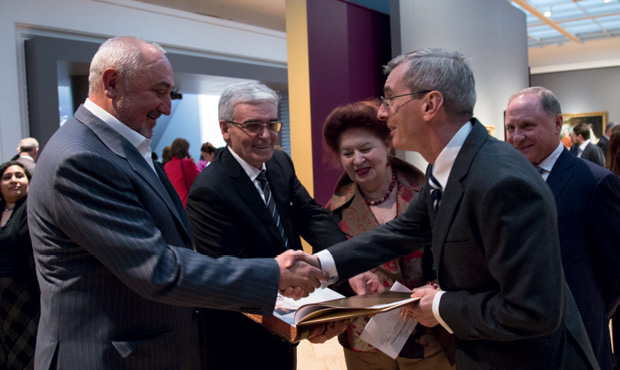 Vitaly Machitski, general sponsor
of the magazine, presents to the British
Ambassador to Russia, Dr. Laurie Bristow,
the album “Icons from the Collection
of the Tretyakov Gallery” 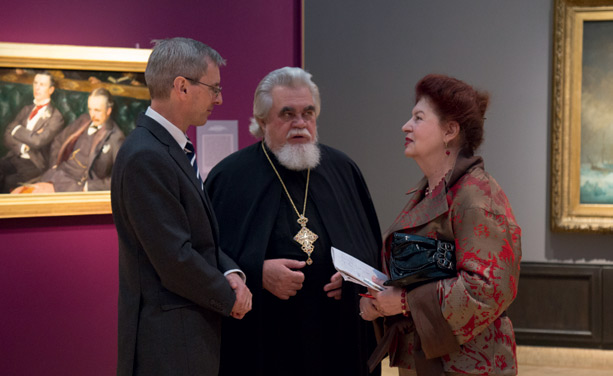 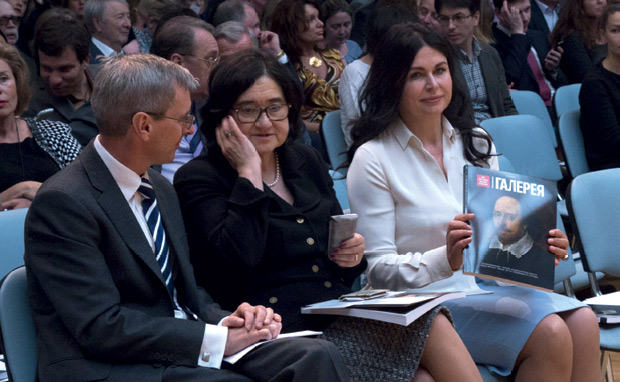 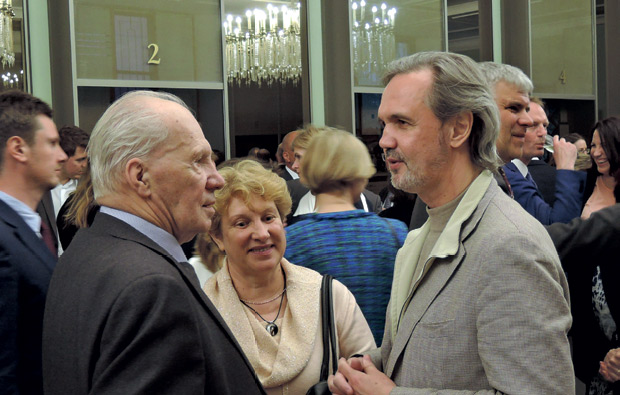 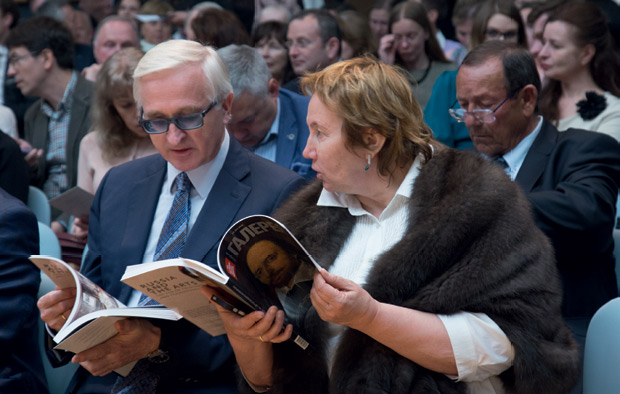 Alexander Shokhin with his wife

The British Ambassador to Russia, Dr. Laurie Bristow, in his speech of reply, delivered in Russian, focused on the history of diplomatic and cultural relations between Great Britain and Russia, noting: "It is important to continue the cultural interaction between our countries, between our museums and colleagues... Such cooperation helps each new generation to better understand and appreciate our shared history." 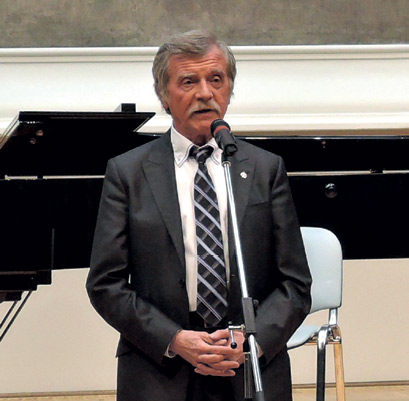 Alexander Rozhin,
Editor-in-Chief of the magazine

Alexander Rozhin, editor-in-chief of the "Tretyakov Gallery Magazine", emphasized that the project "On the Crossroads of Cultures" is a long-term programme - issues in cooperation with Spain, Italy, Switzerland, Norway and the United States (two issues) have already been published - and has obvious potential for further development. The support of this international project follows the tradition of Russian art patronage, he said: one can recall such splendid art magazines of the past as "Apollo", "Mir Iskusstva" (World of Art), "Russian Bibliophile", or "Zolotoe Runo" (Golden Fleece), which were sponsored by private individuals selflessly devoted to their national culture. This tradition is brilliantly continued by a representative of Russia's arts patronage elite and Russian business, the general sponsor of the "Tretyakov Gallery Magazine", Vitaly Machitski. 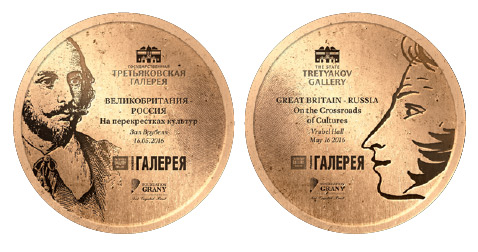 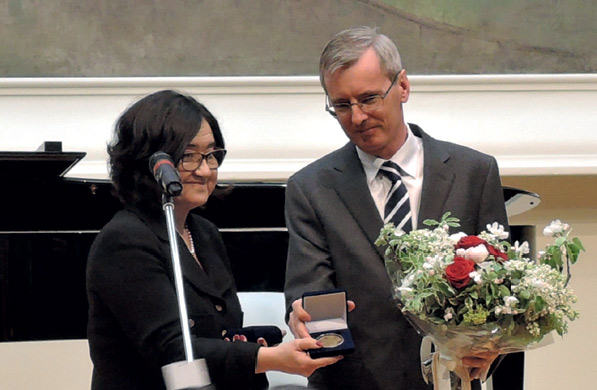 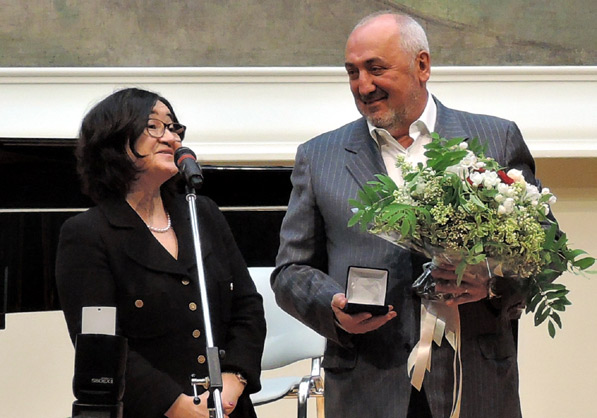 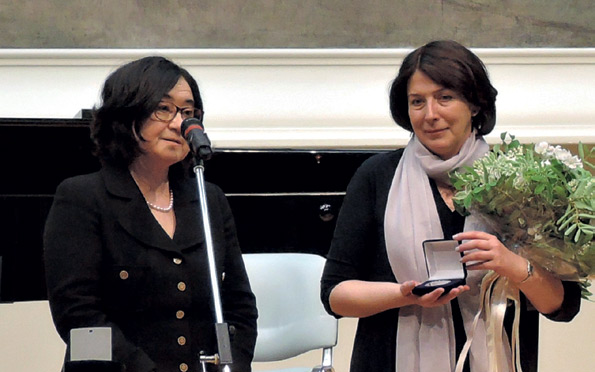 Zelfira Tregulova awarding
a commemorative medal to Tatyana
Karpova, curator of the exhibition 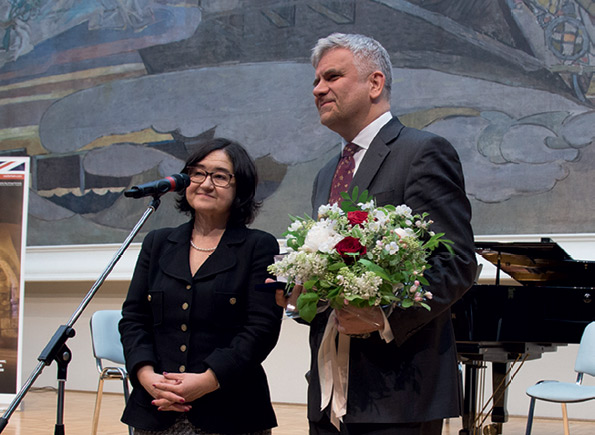 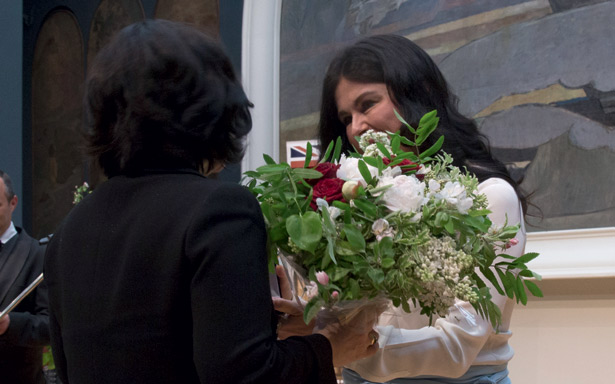 The presentation was followed by a concert of the renowned artists, the "Brahms Trio" and vocalist Yana Ivanilo- va. They performed instrumental and vocal works by Dmitry Shostakovich, Sergei Rachmaninov and Pyotr Apollonov on Shakespeare's and Silver Age poetry.

The festive atmosphere in the front hall was created by the string quartet "Edem". Guests were welcomed to the Gallery to the sound of the Scottish bagpipes played by Yevgeny Lapekin; the moderator of the event was well-known music historian, Mikhail Segelman. 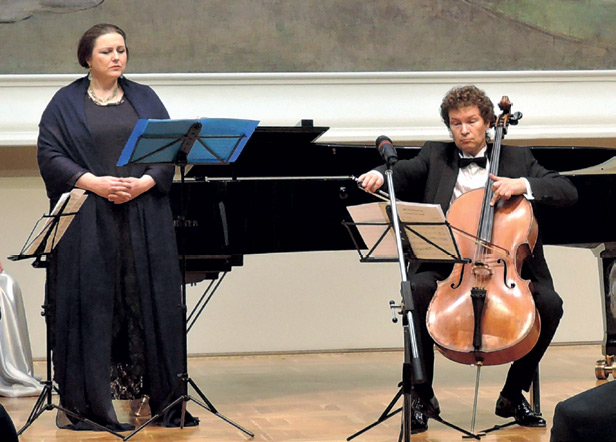 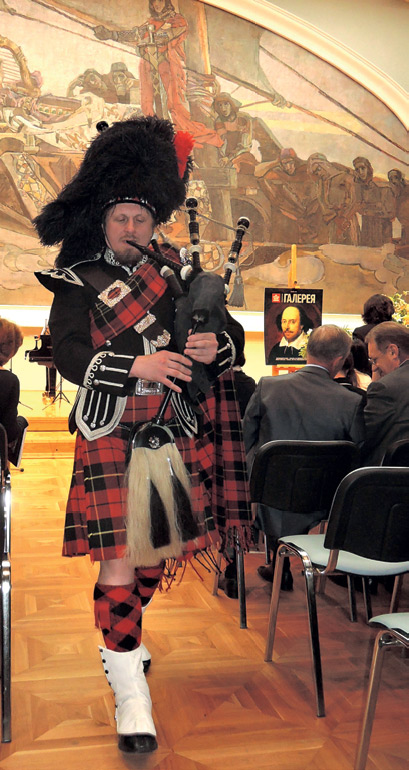 All guests received a copy of the magazine's special issue "Great Britain - Russia. On the Crossroads of Cultures".