A NATIONAL TREASURE: THE RUSSIAN MUSEUM MARKS ITS 110TH ANNIVERSARY

Created in 1895 following an instruction from Tsar Nicholas II, the “Russian Museum of Emperor Alexander III” publicly opened to big fanfare on March 7 (19, in the Old Calendar) 1898. From the very start the museum became a unique collection of true masterpieces of Russian art and a centre of enlightenment. The backbone of the collection was formed by the works of St. Petersburg masters that rank among the greatest accomplishments of Russia’s national artistic culture.

The enthusiasm with which the opening of the Russian Museum in the “Northern capital” was greeted greatly encouraged patriotically minded Russians to expand the museum collection with works from exhibitions and private donations. Such prominent patrons of art as Maria Tenisheva, Olga Orlova and, most importantly, members of the imperial family, played very significant roles in that process.

In the 1930s the main body of the present-day collection and the museum’s exhibition policy was formed. The period from the late 1950s to the 1970s, due to active efforts of the then director of the Russian Museum Vasily Alexeievich Pushkarev, saw a revival of the noble tradition of private individuals donating their family relics to the museum. The most noteworthy donors included Yevdokiya Glebova, who donated the artwork of her brother Pavel Filonov; Leon Bakst’s heirs who presented the museum with the painting “Terror Antiquus”; international donors of the works of Zinaida Serebryakova and Natalia Goncharova; and collectors such as Boris Okunev, Grigory Levitin and Pavel Kutuzov who bequeathed to the museum major pieces by Kuzma Petrov-Vodkin, Pavel Kuznetsov and Boris Kustodiev.

In a publication devoted to the anniversary exhibition, the museum’s director Vladimir Alexandrovich Gusev wrote: “Why, marking the 110th anniversary of the opening of the Russian Museum, have we decided to display these particular works from our collection? To answer this question, I suggest to add to the exhibition’s name its mirror image: ‘Russian Museum — 20th century’. For the entire period of the museum’s adulthood fell on the 20th century, and the museum lived through those years not only collecting and keeping that which already had been tested by time, but also selecting, in the hustle and bustle of the tempestuous modern age that does not easily lend itself to analysis, that which was to become later a portrait of the era.”

The anniversary album is prefaced with Vladimir Kruglov’s article about paintings of the early 20th century. “[This period] in the minds of Russians is associated with the notion of the Silver Age. In terms of the intensity of quest in which artistic figures from all areas of culture became engaged, in terms of the greatness of accomplishments that determined the further development of the national art, in terms of the giftedness of the constellation of creative individualities — philosophers, literati, visual artists, architects, musicians and actors — this period can be compared only with the Golden Age of the early 19th century, the age of Pushkin. In visual art, like in other areas of national culture, the Silver Age was distinguished by the artists’ passionate longing for positive ideals, intense search for new means of expres visual language. This period brought about the greatest accomplishments of Valentin Serov, Mikhail Vrubel, Konstantin Korovin, Mikhail Nesterov, Fyodor Malyavin, Nicholas Roerich, Boris Kustodiev, Kuzma Petrov-Vodkin, Zinaida Serebryakova, Boris Grigoriev, Alexander Yakovlev, Paolo Trubetskoy, Anna Golubkina, and Sergei Konenkov.

“During the years when the most prominent realist painters of the bygone 19th centry, such as Ilya Repin, Vasily Surikov and Viktor Vasnetsov, continued to work, Russian national art ‘at an accelerated pace’ covered the distance, pursuing artistic quest and experiencing the struggle of trends along the way, from Impressionism and native Romantic experiments, through Neo-Primitivism and Cubo-Futurim, to Rayonism, Abstract Expressionism, Suprematism, and Neo-Classicism. That was the age of the earthshaking exhibitions of the ‘World of Art’, the Union of Artists, ‘Blue Rose’, ‘Knave of Diamonds’, ‘Donkey’s Tail’, ‘Target’, ‘0, 10’, which often caused scandal and, along with it, the publication of collective and individual manifestos, and public debates. In the late 1900s and 1910s Russian culture gave to the world the greatest avant-garde artists — Mikhail Larionov, Natalya Goncharova, Wassily Kandinsky, Vladimir Tatlin, and Pavel Filonov.”

The Russian Museum’s anniversary exhibition in Tsaritsyno, in Moscow, along with the internationally acclaimed masterpieces of Serov, Benois, Kustodiev, Kandinsky and Malevich, Petrov-Vodkin and Filonov, Tatlin and Larionov, Pyotr Konchalovsky and Ilya Mashkov, Alexander Deineka and Alexander Samokhvalov, Sarrah Lebedeva and Vera Mukhina, Yevsei Moiseenko and Andrei Mylnikov, Gely Korzhev and Boris Ugarov, featured works previously accessible only for a small group of museum researchers, art scholars and museum curators — works by Russian and Soviet masters whose art is an integral part of the country’s national heritage.

The exhibition had a valuable addition — an “exhibition within exhibition” put together on the initiative of the Russian Museum team of researchers — “A Time to Gather...” First mounted in St. Petersburg, and then in Moscow, it afforded a unique chance to view more than 300 paintings, drawings, sculptures, photographs, as well as objects of applied art, including Faberge creations, which belong to not easily accessible collections from the most varied parts of the world. Most works featured at the exhibition were shown in Russia for the first time. These pieces included works of the artists of the 18th and first half of the 19th centuries that were previously known only to a small circle of specialists: Fyodor Rokotov’s “Portrait of a Woman”, Vladimir Borovikovsky’s “Portrait of Ivan Yakovlev”, Karl Briullov’s “Portrait of Maximilian Eugen Joseph von Furst von Leuchtenberg”, Orest Kiprensky’s “Portrait of Anna de Segur”, and Alexei Venetsianov’s “Head of a Peasant Woman”.

The creations of many emigre artists, such as Nikolai Tarkhov, Maria Vasilieva, Pavel Mansurov, and Pyotr Galadzhev, are very hard to find in the collections of Russian collectors, and so every public display of these works makes for an important addition to the history of Russian art.

The Russian Museum’s anniversary became a nationwide festival of the Russian artistic culture of the 20th century, received worldwide acclaim, and reaffirmed the unique place of Russian art within the context of the international cultural evolution.

This publication is a tribute of respect and gratitude to the selfless work of our friends and colleagues from the Russian Museum and all St. Petersburg residents who keep safe the priceless treasures of our multinational culture. 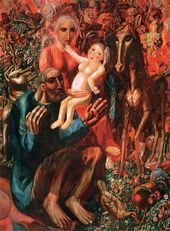 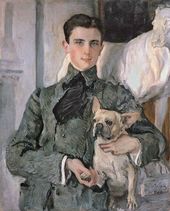 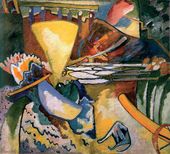 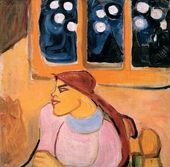 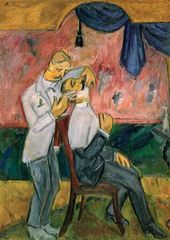 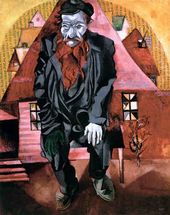 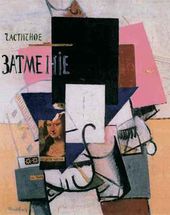 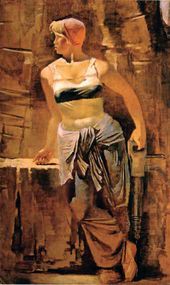 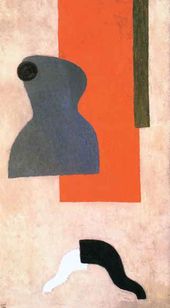 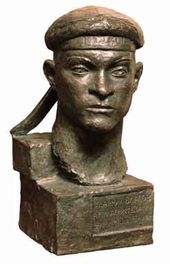 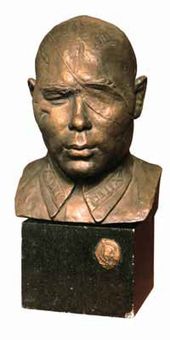 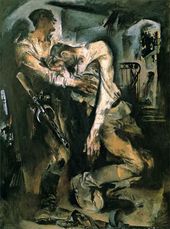 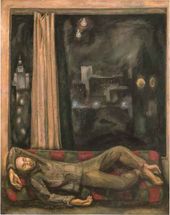 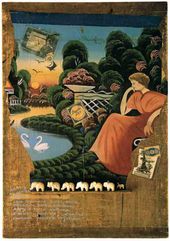 Vadim VOINOV. Russia Is the Homeland of Elephants. 1983–1985
Based on Alexander Solzhenitsyn's “One Day in the Life of Ivan Denisovich”. Collage and oil on wood. 100×74 cm 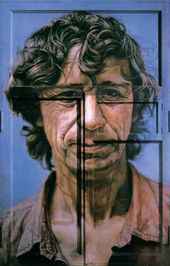