Some architectural masterpieces are perceived like giant sculptures, with one of the best examples being the building of the Guggenheim Museum in New York. As for some of Serra's sculptures they resemble architectural artefacts. Serra's artistic language is close to that of an architect: he uses such elements as arcs, spirals, toruses, curved spaces... The curling form of his sculptures - Serra says - is like an Aztec snake or a Mobius strip. And like an architect he designs the outer and inner space of his installations so that the viewer can enter, explore, walk in and out, in other words interact with Serra's art works, gaining some kind of experience in a really very special communication with contemporary art.

Unlike many contemporary artists who in their art works use multimedia Hi-tech and electronic devices and techniques, Serra relies "upon the industrial sector ... upon structural and civil engineers. Steel mills, shipyards and factory plants have become his on-the-road extended studios.” He happily blends fantasy, art, engineering and minimalism. To make Serra's exhibitions possible the Museum of Modern Art's second floor gallery had to be specially reinforced to support his weighty works. The three sculptures are displayed in the block-wide, column-free space of the contemporary gallery designed with heavy load-bearing floors for Serra's works during MoMA's 2002-04 reconstruction.

Sculpture is mute - at least, traditional sculpture. But Serra's gargantuan sculptures are far from being orthodox. They echo the voices of those who are walking inside acting like echo chambers.

Born in 1939 in California, Richard Serra was trained as a painter at Yale University. He travelled to France on a Yale Travelling Fellowship and to Italy on a Fulbright grant, and also throughout southern Europe and northern Africa. Having abandoned painting for sculpture Serra settled in New York. In the early 1960s he was in contact with Robert Rauschenberg, Ad Reinhardt and Frank Stella, later in New York with Carl Andre, Walter De Maria, Eva Hesse, Sol LeWitt, and Robert Smithson. He has received a number of very prestigious national and international awards. The sculptor seems to be working non-stop, commissioning new steel masterpieces to be melted and tempered at steel mills.

Some of Serra's sculptures are becoming part of their environment with time, perceived as something belonging to a particular place - the fate of a real monument, and a very happy one for them, indeed.

One of the preeminent sculptors of our era, Richard Serra is acclaimed for his challenging and innovative work, which emphasizes process, materials, and an engagement with viewer and site. "Richard Serra Sculpture: Forty Years” is a major exhibition of 27 works that span the artist's career - from his early experiments with materials such as rubber, neon, and lead, to monumental pieces of his late career and three new sculptures being exhibited for the first time. Works in the exhibition are drawn from museums and public institutions, private collections, and the artist's collection.

In the early 1960s, Serra worked with unconventional, industrial materials and began to accentuate the physical properties of his work. The exhibition begins with works from the 1960s, including "Belts” (1966-67) and "Doors” (1966-67), for which he used materials such as vulcanized rubber and neon, breaking with the traditional definition of sculpture by presenting these unorthodox materials on the wall. Serra subsequently expanded his spatial and temporal approach to sculpture, focusing primarily on large-scale, site-specific works that create a dialogue with a particular architectural, urban, or landscape setting. One of the first major steel pieces by Serra, "Circuit 11" (1972-86), now in the collection of The Museum of Modern Art, consists of hot-rolled steel plates emerging from four corners of a room, providing an immersive environment as the viewer travels between the changing spaces established by the work. The equally bold "Delineator” (1974-75) comprises a large plate of hot- rolled steel installed on the ceiling and an equal-size plate on the floor, creating dialogues between ceiling and floor, and viewer and site.

Serra's purely abstract works invite a distinct interaction with viewers through the experience of walking in and around the sculptures and experiencing the changing environment. "Intersection II" (1992-93) and "Torqued Ellipse IV” (1999), which are in the Museum's collection, will be featured in The Abby Aldrich Rockefeller Sculpture Garden. Despite the weight of the weatherproof steel used for these works, the sculptures present themselves with a certain buoyancy.

Three new sculptures - "Band” (2006), "Sequence” (2006), and "Torqued Torus Inversion” (2006) - will be installed in the Museum's second-floor Contemporary Galleries. This block-wide column-free space, with nearly 22-foot-high ceilings, features reinforced floors and special oversized entranceways that accommodate the extraordinary size and weight of these large-scale works, which weigh up to 200 tons.

The extensive and varied installation of "Richard Serra Sculpture: Forty Years” will highlight the extraordinary invention and vision of this influential artist who has radicalized and extended the definition of sculpture.

The Editorial Board of the Tretyakov Gallery Magazine express their sincere gratitude to the MoMA Museum, New York for co-operation in the preparation of this article. 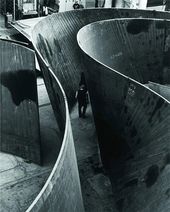 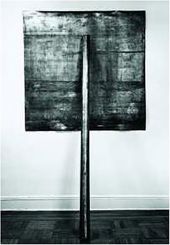 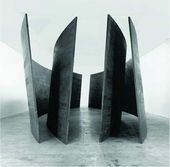