The opening of the Mikhail Vrubel room

28 June 2007 saw the opening of the Mikhail Vrubel room which has been reconstructed to mark the 150th anniversary of the artist’s birth and the founding of the Tretyakov Gallery. 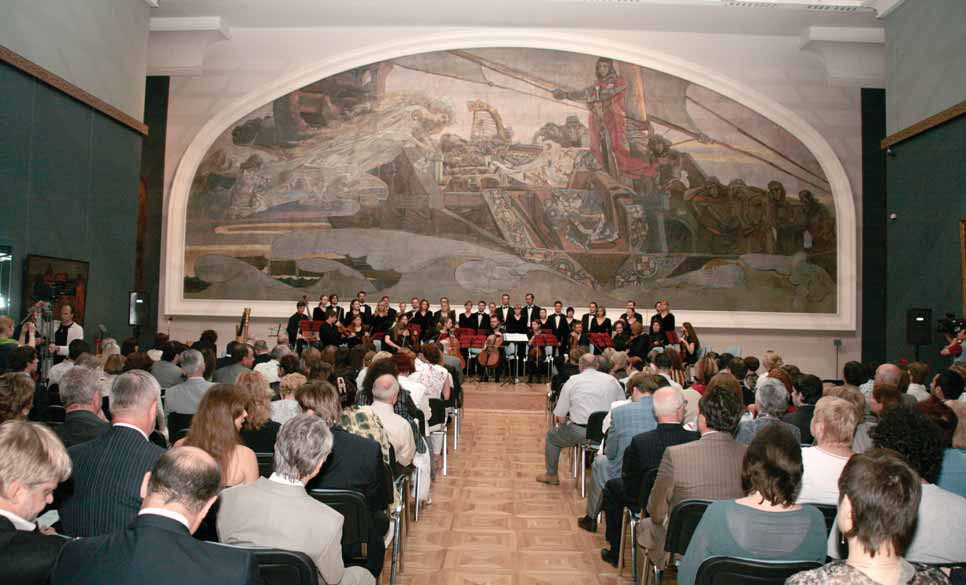 The new design of the Vrubel room is just as important an event for the museum as the major anniversary exhibitions. The room first appeared in the Tretyakov Gallery as part of the reconstruction of the main building in Lavrushinsky Pereulok which took place from 1986-1995. It was specially designed and built in order to display works by one of Russia’s most outstanding artists at the turn of the 19th century, Mikhail Vrubel (1856-1910). Thanks to the generous financial support of Viktor Vekselberg it has been possible to undertake the present reconstruction of the room to celebrate the anniversary of the artist’s birth.

The size of the room was originally determined by the dimensions of the grandiose panel "The Princess of Dreams” (750 by 1400 cm) executed by Vrubel in 1896 for the Art Pavilion of the All-Russian Industrial and Art Exhibition in Nizhny Novgorod. When the panel was discovered later in the storage rooms of the Bolshoi Theatre in 1956, it was presented to the Tretyakov Gallery and placed in the depositories. During the reconstruction of the 1980s and 1990s it was planned that the Vrubel room would be designed in a certain way, but this could not be carried out for a variety of reasons. An attempt was made to combine the room's two functions of displaying and representing, for it was here that the Tretyakov's traditional musical evenings were to take place. However, the room's size, which had been calculated in order to demonstrate the grandiose panel, was inadequate for easel works as well.

The reconstruction of 2007 was undertaken in order to solve these problems. Today the room has acquired new features - the colour of the walls and the new spatial layout enable the works to exist harmonically side by side in the room, additional lighting has been provided for each work, and a frame has been made for the centre-piece, The Princess of Dreams. A podium for an orchestra and a grand piano has also been added.

An important task of the new exhibition was to represent all aspects of Vrubel's work. The artist, whose oeuvre shows all the features of the synthetic style of art nouveau and who is rightly regarded as one of its creators, produced paintings, sculpture, water colours, decorative and applied art, and was an excellent draughtsman. Alexander Benois has this to say of Vrubel's heritage: "Only by piecing together in your head all that you have seen of this fragmented and shattered magnificence can you envisage its true vastness and beauty.”

The Tretyakov Gallery possesses one of the fullest collections of Vrubel's works. Apart from his well-known painted masterpieces, the permanent display now includes graphic works, for which special glass cases have been added and which will be changed periodically (every three months), a necessary condition for putting graphics on display.

Also for the first time the permanent display contains the monumental decorative panel-fireplace "Mikula Selyaninovich and Volga”, which has been shown at various exhibitions abroad after being restored in 1996.

Once again, as before the closure of the Gallery for reconstruction in the 1980s, the display will include items of majolica, delightful sculptural suites on themes from Rimsky-Korsakov's fairy-tale operas "Sadko” and "The Snow Maiden”, the head of the "Girl in a Wreath” and others.

By the Communications Department of the Tretyakov Gallery 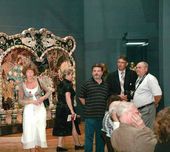 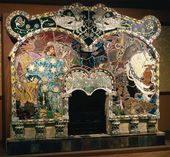