The contemporary critics and art studies focusing on so-called “actual art” tend to employ a very subjective and limiting approach towards the legacy of 20th century Russian artistic culture. The nature of such an approach raises many questions for the theorists and historians of the new “generation”. On the one hand, they strive for a conceptual formal analysis and assessment of the trends and events of the past and, on the other, they often use quite opposite means and methods of studying culture by relying on social and political aspects in research of the artistic process, and thus excluding its specific characteristics, uniqueness and self-sufficiency.

With this problem in mind the initiators and organizers of the exhibition "The 'New Objectivity' of Nikolai Zagrekov (Nikolaus Sagrekow) and Russian Artists” leaned towards a more objective view of the problem through the generalization of certain trends of a specific historical period of art development in Soviet Russia and Germany from the Weimar Republic period. They concentrated on the similarities in the works of Russian emigrants and those who stayed home, alongside the German representatives of the neo-classical movement.

The scientific approach to the exhibition conception, unusual both in its participants and content, held in the private "Nashi Khudozhniki” (Our Artists) gallery has led to a comprehensive - not ready-made or biased - study of the complex, often contradictory works of 1 920s-1930s art. Vulgar sociology aside, the show should be viewed as a certain aesthetic phenomenon which allows us to see direct analogies with the results of the integration of national mentalities and quests for creative identity. Neo-realistic, classical tendencies in art were the result of not just the conflict of the polar forms of existence of nonfigurative and figurative art, but of completely opposing systems of world perception and creative knowledge. Both these strands answered to the demand of their times, and we should refrain from identifying their significance or comparing them with one another, other than to focus on the material of the exhibition itself.

For obvious reasons the name of Nikolai Zagrekov, along with those of many other brilliant representatives of the Russian artistic emigration, was for a long time buried in oblivion.

It should be noted that these undeservingly forgotten masters, with their level of professionalism and aesthetic views revealed in their art works, could hold their own among the popular European, primarily German and French, peers of their times. The same can be said of Soviet art of this period, which was not recognized in the West and lived in ideological isolation despite its obvious artistic merit.

The search for truth and historical justice has brought impressive results in the form of the large-scale international exhibitions such as "Paris-Moscow” and "Berlin-Moscow”. The show in the "Nashi Khudozhniki” gallery may seem less important or relevant if compared to such global events. Though that is far from the case, as both Zagrekov and numerous other gifted artists with a distinct individuality who also happened to be Russian emigrants remain in obscurity. Their works did not participate in the aforementioned exhibits nor were they included in the catalogues. Filling this gap in the history of Russian and European art at large the "Nashi Khudozhniki” Gallery is consistently implementing its programme of displaying the unnoticed - or intentionally concealed - names of the numerous representatives of Russian emigre art. Lacking the opportunity to expand its exhibition and include the works of German, French, and other European and some American masters of neo-realism and the "New Objectivity”, the organizers set their minds on providing a somewhat more extended virtual show which is mentioned in the concept of its outstanding catalogue. The main focus, however, is placed on the interrelation between Russian and German art of the period concerned.

Nikolai Zagrekov, newly discovered in Russian art history, is the central figure, and the core of the exhibition's scientific concept is built around his works. Born in Saratov, he came from a bourgeois and aristocratic milieu and was educated at the Bogolyubovsky Drawing College and Higher Art and Technical Studios. He inherited the best traditions of the Russian painting school with its professional solidity, openness and susceptibility to new trends and ideals.

The works displayed at the exhibition are loans from the Tretyakov Gallery, the Russian Museum and a series of private collections of the master's contemporaries: Alexander Samokhvalov, Georgy Ryazhsky, Pavel Sokolov-Skalya, Kliment Redko, Alexander Shenderov, Vladimir Malagis, Vladimir Odintsov, Nathan Altman, Nikolai Dormidontov, and other representatives of Soviet art close to Zagrekov in the plasticity, graphic and conceptual solutions and aesthetic level. Thus the display considerably expanded the understanding of the essence and significance of the Neorealistic wing of Russian visual arts, and its role and importance in the all-European artistic process of the 1920s-1930s. In this context many names have become genuine discoveries.

The curators compare and analyze the works created as though to match those of Zagrekov's in terms of compositional, plastic and colouristic techniques, and draw visible parallels between the supporters of the ideas demanded by the social consciousness, of the ideas that corresponded to aesthetic preferences of the time, complex and ambiguous as they were.

The dialogue of some works by Zagrekov with specific other works by, for instance, Shenderov and Ryazhsky, Nikolai Denisovsky and Samokhvalov, Fedor Bogorodsky and Leonid Akishin, refer us to the works of such Germans as Otto Dix, Georg Grosz, Karl Hofer, Hans Grundig, Max Beckmann or Swiss Ferdinand Hodler, and remind us of the most American artist of the Great Depression, Edward Hopper. First and foremost, however, these comparisons relate to Russian masters: Yury Pimenov, Alexander Deineka, Andrei Goncharov, Sergei Gerasimov, Viktor Perelman, Yevgeny Katsman, and David Shterenberg. And it's not only a question of the social adaptability of their art, the similarity of characters and models but in the reaction of these artists to the facts and events of the era, their interpretation and transformation.

Each of Zagrekov's paintings is followed by a chain of associative images created by his contemporaries, both in Russia and abroad. Parallel rows appear. Thus, his "Peasant with Prize winning Rabbit” from 1925 is accompanied by a gallery of works of a similar emotional state, graphic and plastic characteristics, and colour scale that include works by Kurt Kwerner, Franz Radziwill and Ernst Fritsch. They are psychologically and technically in tune and at times even identical. The painting "The Female Athlete” can serve as another example - it resembles a whole series of works done by Soviet painters who, just like Zagrekov, personified the ideals of harmony and beauty, and the physical and spiritual health of the women of their times. They are the laconic female characters of Samokhvalov's, Deineka's and Ryazhsky's paintings, which are open to the viewer - painted frontally, in dynamic positions and contrasting colour schemes. The academic genius of Zagrekov's models made in sanguine in the early 1920s remind one of the drawings of Alexander Yakovlev, Vasily Shukhaev and the well-honed nudes of Zinaida Serebryakova.

The female images created by Zagrekov, such as "Female Portrait” of 1928 and "The Girl with a T-square” of 1929 reveal to us a different understanding of his contemporaries, not at all like the pompous athletes which became the typical collective character of those times. The playfulness, craftiness and special charm of the models in these paintings is more a reflection of the master's personal preferences rather than of public and social demand. That's why the chosen works are so different from the optimistically pretentious heroines of his paintings: they are marked instead by a certain "chamber” quality and a sense of intimate trust. Here he employs other means of expression to convey the complicated sensual state of his models. His palette becomes richer, deeper and much more complex, the composition and drawing are subject to multiple associations which spellbind the viewer with the romantic mystery around the inner world of the female characters painted by the artist's keen brush. The characters seem otherworldly, removed from the fuss of everyday life.

Such observations take Nikolai Zagrekov beyond any particular artistic movement, and the range of his works proves to be far wider than the concept of "New Objectivity” itself, and the master's focus of aesthetic interest appears wider as well. His proximity and, in a sense, kinship with German culture, perhaps, due to the fact that his wife was of Volga German descent, undoubtedly added features of a European mentality to the artist's Russian soul. This is also true of his compatriots and contemporaries, many of whom studied in France and Germany and were brought up on classical models and masterpieces of a wider world culture.

Thus Zagrekov, much like other masters of Russian art on both sides of the Iron Curtain, deserves real acclaim for his creative and spiritual input into the history of Russian and European art.

Russian art, integrated into European art, has become an inherent component of the diverse and common, parallel and alternate nature of the world artistic process of the 20th century - in which globalization neither dominated, overpowered or contradicted the sense of national identity. The exhibition in the "Nashi Khudozhniki” Gallery marks new priorities in the exploration and research of the national and world cultural legacy of the past century by expanding the range of our vision of the objectivity of opinions and assessments. It has demonstrated both well-known and forgotten names, explored and unexplored pages of art history in a new light. The organizers and sponsors of this project have achieved yet another noble goal: they have introduced the creative legacy of Nikolai Zagrekov into academic practice - and thus reduced the number of blank spots on the map of Russian culture. 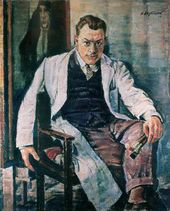 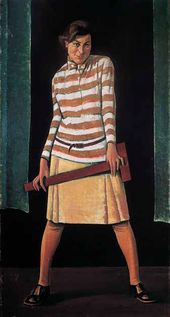 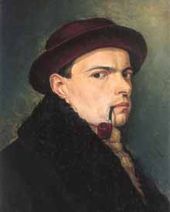 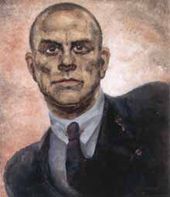 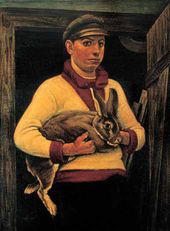 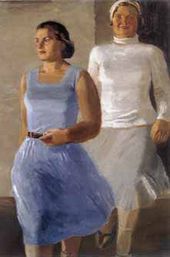 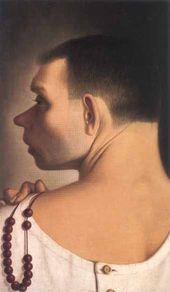