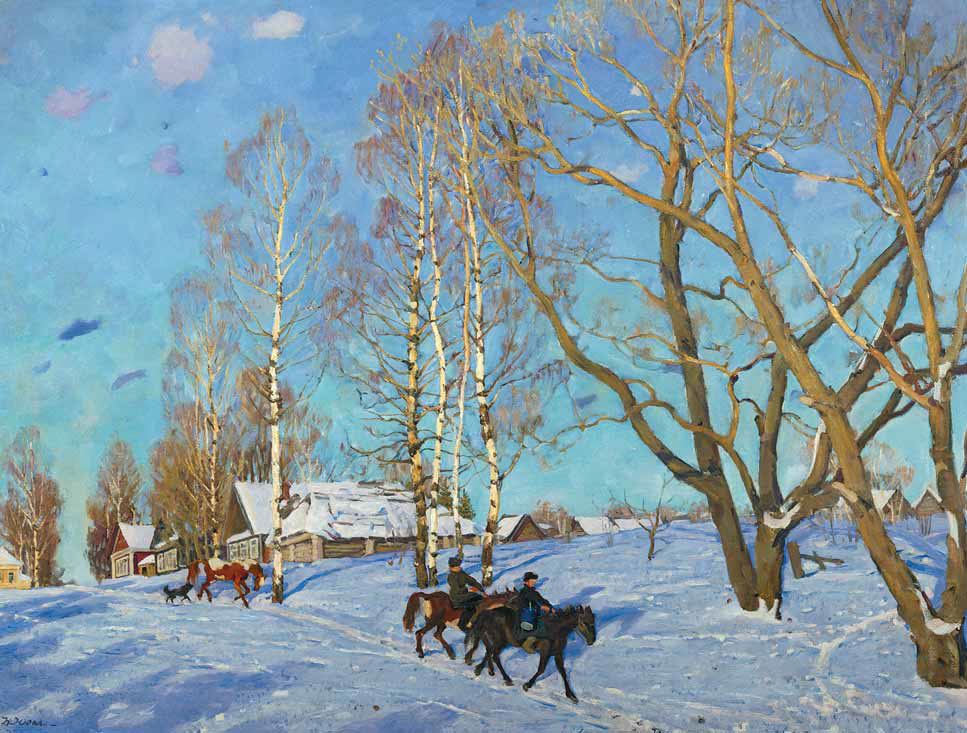 At the request of Moscow Mayor Yury Luzhkov, the Museum has also done a number of special exhibits this year in Moscow; recently, works from the Tretyakov's reserve collection were exhibited at the Maly Manege.

On of the most interesting proposals this year was made by the new U.S. Ambassador to Russia, William J. Burns. In March, the Ambassador wrote to the Board of the Museum and the Federal Agency for Culture and Cinematography offering the use of the Ambassador's residence, Spaso House, for a small, elegant exhibition to celebrate the Gallery's anniversary year. "The Embassy would be interested in showing an exhibition of Russian works of art from the 19th-20th centuries at Spaso House as an homage to Russian culture. ..I think such an event would draw a lot of attention...with invitations to employees of the Gallery, special guests, and the media.’’

The Ambassador's proposal was taken up by the Board and by the Agency for Culture and Cinematography. Technical specialists from the Gallery's staff went to Spaso House to conduct a survey. They found that security at Spaso House was as good or better than that of many museums, but adjustments in climate control needed to be made. The Embassy was able to satisfy all the recommendations, including those concerning insurance, logistics, and installation.

Next on the agenda was the selection of works to be included in the exhibition. The Museum staff drew up a preliminary list, but it was the Ambassador, assisted by his wife, Lisa, who made the final selection personally.

Like many international visitors to Russia, the Ambassador and his wife were particularly interested in works displaying Russian history, nature, and everyday life. Andrey Rakovich's "View of Kazan” and the splendid still lives by Stanislav Zhukovsky and Natalya Goncharova caught their eye. They were also captivated by the portraits of women by Konstantin Makovsky "At the Spinning- wheel” and Nikolai Kasatkin "Rivals”; and then there are the magnificent Russian landscapes "Oka River” by Vasily Polenov, "Winter. Cutting Ice” by Arseny Meshchersky, "The Sun in March” by Konstantin Yuon, and "Taking a Rest in the Forest” by Natalya Goncharova.

The Ambassador and his wife appreciated the lyricism and the artfully captured atmosphere of Konstatin Korovin's painting "I Was Riding to See You...”, and they were charmed by the portrait of Valya Khodase- vich by Vasily Komarov, and by a bronze sculpture by Matvey Chizov called "Frolicsome Girl.” Perhaps their favorite painting is a group portrait of his children done by the artist Leonid Pasternak in 1914, depicting the famous future writer Boris, with sisters Lydia and Josephine, and brother Alexander.

Visitors to Spaso House will be able to enjoy this small but memorable collection on display at the residence until the middle of July. 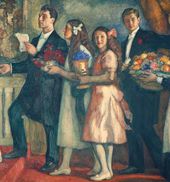 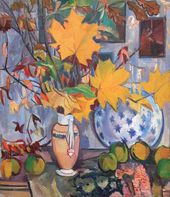 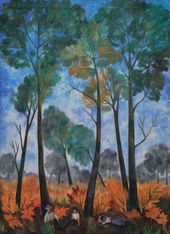