The Legacy of the Russian North

The traditional culture of the North is rich and varied in its manifestations, and local museums hold numerous major works of northern art. These priceless monuments go back centuries and without them any study of the evolution of the material and spiritual culture of the Russian North would not be possible. It is no wonder that they continue to arouse interest. 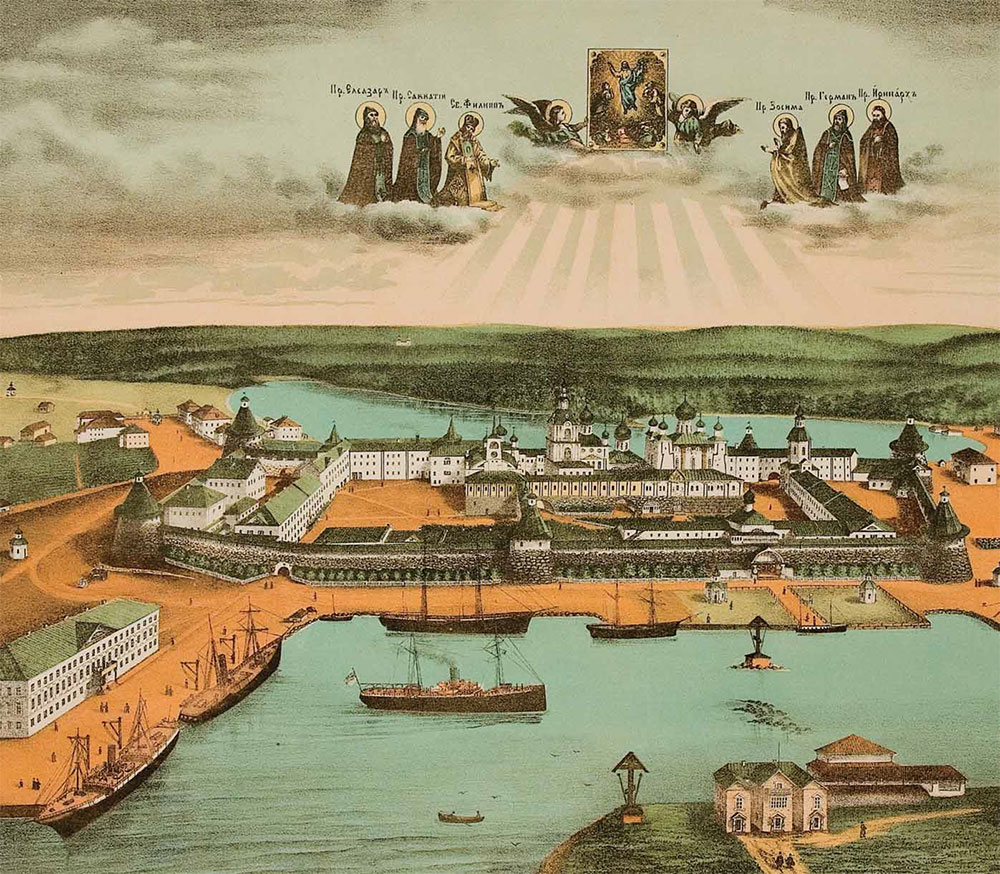 View of the Stavropegion First-group Solovetsy Monastery. 1892
Lithography of the Solovetsky Monastery Paper. Chromolithograph. 40.7 by 60.8 cm

The Arkhangelsk Fine Arts Museum has always focused on researching the local culture, a factor due largely to the history and location of the museum.

Opened in the 1960s, the Arkhangelsk museum found most of its collections during numerous expeditions taken in the surrounding region. At the time ancient paintings could still be found in the abandoned churches and chapels of these vast lands, while peasant homes still had items of arts and crafts. This was a truly selfless venture: researchers explored an enormous territory in a very short period of time. Whether travelling on horseback, by car or by boat, or - in most cases - on foot, the museum employees tried to secure anything of value that they could find. They realized that were they to do it in more than one trip, there wouldn't be anything left for them when they returned. Hundreds of ancient valuable artistic relics were saved.

Today the Arkhangelsk museum is the proud owner of one of the largest collections of Russian art of the 14th-20th centuries, which set the tone for the creative efforts of the museum for many years ahead. Restoration work began from the very start and lasted quite some time. In the 45 years of its existence the museum - together with the Igor Grabar All-Russian Art Restoration Centre - has carried out an enormous amount of restoration work, research, authentication and publication of works of northern art. As a result as early as 1975 the museum opened its permanent exhibition of Old Russian art that clearly demonstrated the special features of the artistic culture of the North.

The unique collections of the museum allowed it to organize major exhibitions devoted to the artistic culture of the Arkhangelsk region, based on the museum's collections and numerous showpieces provided by local museums. The more important of them were "Carved Iconostasis and Wooden Sculpture of the Russian North” (Moscow, Tretyakov Gallery, 1995), "Northern Letters” (Moscow, Historical Museum, 2001), and "Peasant Painting of Povazhie” (Arkhangelsk, 2003).

The exhibition titled "The Legacy of the Solovetsky Monastery in Museums of the Arkhangelsk Region” carries on the theme of the culture of the Russian North, with 15 museums of the region, the Church and Archaeology Cabinet of the Solovetsky Monastery and the State Archive of the Arkhangelsk Region participating. It includes 550 pieces, two thirds of which have never been publicly displayed before.

The Solovetsky Monastery situated on the White Sea islands was founded in 1429. The rich cultural legacy of the monastery, which was closed in 1921, was divided between different Russian museums, and a large part of it has been lost forever. Whereas works kept in Moscow museums have been published, even experts have no knowledge of the Solovetsky monuments stored in the archives of the Arkhangelsk region. Nonetheless, it is the collections of these museums that allow us to study and characterize the artistic trades that prospered in the Pomorie region and the Solovetsky Islands in the 16th-early 20th centuries: icon-painting, the art of silversmiths and blacksmiths, print engraving, wood-carving, pottery, leather-dressing, and photography.

Research continues, and the museums have a great deal of unstudied material. Many interesting discoveries can be expected which, with time, will allow us to fully appreciate the contribution of northern masters to Russian culture. 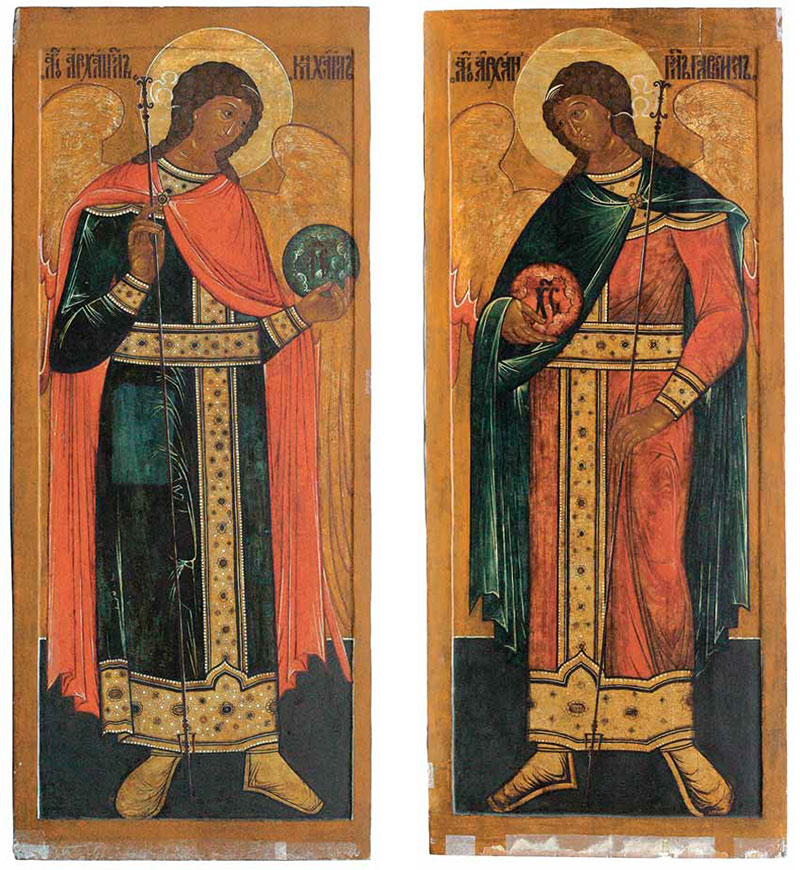