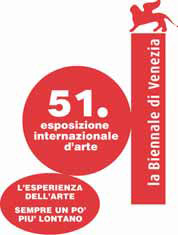 To visit the Venice Biennale is always an adventure, given the atmosphere of the town defined by the sea, its canals and artistic and architectural jewels of the past. The festival of arts, which was originally situated only in the Giardini, has spread over the years throughout the city, growing to include exhibitions from more than 70 countries, while many shows from independent groups must find their place in the Giardini’s pavilions, or in palaces, churches and cultural centres.

But this year the two Spanish curators, Maria de Corral and Rosa Martinez, have chosen fewer artists for the same spaces than in 2003. The curators divided their tasks: Maria de Corral collected works in which she sees "The Experience of Art” for the central pavilion "ITALIA”.

Rosa Martinez was responsible for the artists in the Arsenal. Her motto was "Always a Little Further”, promising something new in installations, photographs or videos. It was an advantage that she had worked in Moscow, thus gaining a feeling for Russian artists, and was able to include them. She invited Oleg Kulik with a semi-documentary film "The Unbearable Charm of Mongolia” and the "Blue Noses” group (Vyacheslav Mizin, Alexander Shaburov, Konstantin Skotnikov and others).

The latter have put their funny loops of life, sex and anxiety onto the bottoms of cardboard packages, with viewers regarding the result almost as if looking at curious animals in cages. The group deny any attempt to be contemporary, but their simple behaviour is an ironical comment on actual lifestyles and politics. 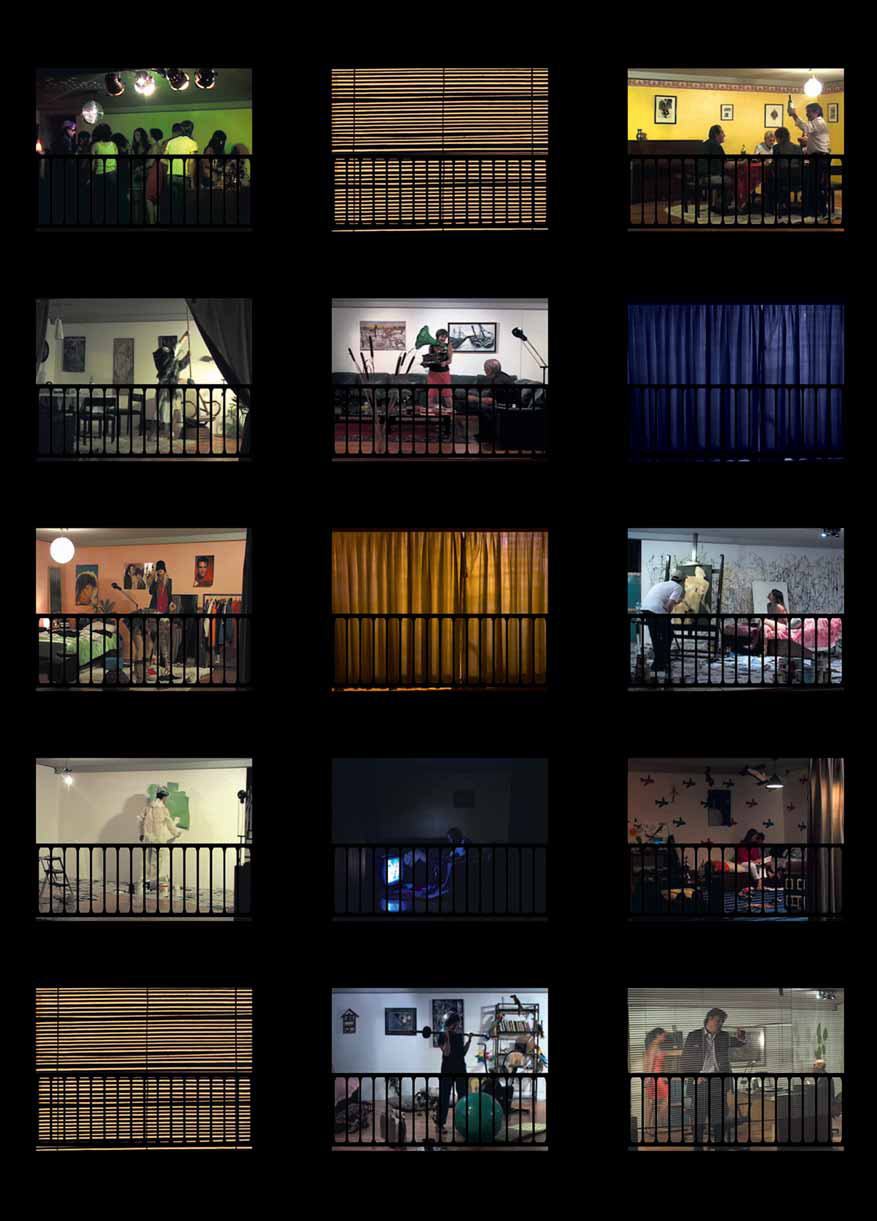 The Arsenal exhibition demonstrates many possibilities of "actual” art. But its beginning with feminist posters of the American group Guerilla-Girls leads back to the early 1980s; at the same time the posters themselves are funny and intriguing.

A background in social and political problems was typical for much of 20th century art. In the Arsenal there are many examples of such themes from Latin America, Africa and South Asia, whereas European artists have given up such connections to political questions; many of them think of art as play or fun. An example of the first tendency is Regina Jose Galindo from Guatemala, who shows videos with herself as the chief protagonist, either naked in Venice or with a bowl with blood in which she puts her feet and walks along a bloody trail to a church, from which armed guards turn her away: she is a "Mater Dolorosa” who is excluded from the service. Galindo received the Golden Lion for artists under 35 "for embodying courageous action against power in her visually precise triptych of performance and documentation”.

Germany's John Bock takes an opposite position, making a chaotic installation of old textiles and similar objects into a turbulent shrill performance, full of nonsense. Such an approach can be accompanied by a touch of vandalism, as Runa Islam from Bangladesh showed: she looks at exhibited porcelain cups and pots, later enjoying the process as she drops them.

In between such curious works the new sculptures of the artworld's "Grande Dame” Louise Bourgeois look like possibilities for resolving the chaos. As spirals, it is not easy to follow the round forms in their shining aluminium. Thus, any solution is not easy. 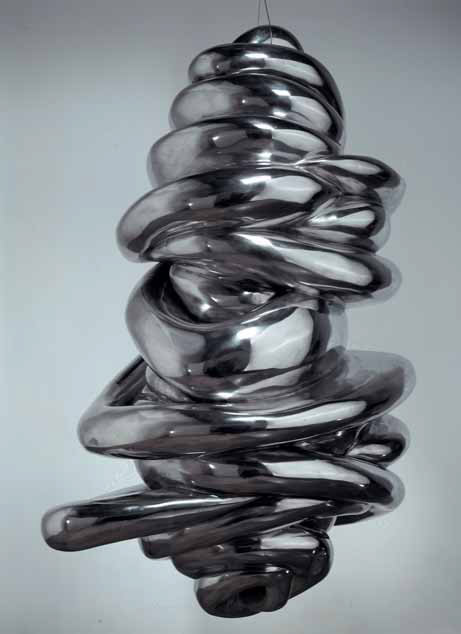 The main exhibition in the Giardini, the "Experience of Art”, looks like a confrontation of two generations. Veteran figures, many now in their eighties or dead, such as Agnes Martin, Francis Bacon, Antoni Tapies or Philip Guston have made art as an existential expression of their lifes, while the younger generation has a distance on expressionism and is preoccupied with questions like special ways to perceive reality. Artists like Jose Damasceno, Marlene Dumas, Bernard Frise or William Kentridge don't accept realism, but their pictures, sculptures and videos show reality through individual perspectives. For example, the photographer Thomas Ruff seems to show landscapes, but as the viewer approaches closer to the works the landscapes disappear and geometrical structures of computer-prints come to dominate.

The International Jury gave the Golden Lion to Germany's Thomas Schutte. His sculptural and graphic work has developed into a kaleidoscopic and yet very coherent whole, raising questions about modernity and the role of the individual. "Schutte rejuvenates classical methods while maintaining a critical distance to the heroic tradition.”

Some more or less new tendencies of installations touch on the concept of the disappearance of works of art. Even in concept art the single work remains. Thus, the Scandinavian Pavilion is totally empty, with only a few loudspeakers transforming natural noises into art. The upper room of the Russian Pavilion is similar: its curators Olga Lopukhova and Lyubov Saprykina chose the "PROVMYZA duet” of Galina Myznikova and Sergei Provorov, who built a dark wind tunnel in which visitors were warned to stay no longer than three minutes. This installation, titled "Idiot Wind”, gives an impression of stormy winds east of Moscow. On the lower floor of the pavilion the "ESCAPE” programme of Valery Aizenberg, Anton Litvin, Bogdan Mamonov and Liza Morozova shows an interactive video, in which screen movement stops only to continue when people pass a light-barrier. That emphasizes the difficulty of communication: the group is "exploding” before coming into contact with viewers in front, because each subsequent viewer destroys the contact by passing the barrier. Both installations made the Pavilion absolutely different and stronger than former Russian Biennial exhibitions.

The German artist Tino Sehgal has engaged people who dance through the empty hall every few minutes shouting, "This is so contemporary”, an ironical and provocative comment on the artscene. It is a performance in which the artist himself does not appear, he only paid performers. The ironical process continues as the visitor leaves: he is asked for a four-minute talk about the movement of capital in the world. After this he can receive a part of his fee when he says a codeword at the entrance: the movement of the capital, indeed. The German pavilion was not empty, but the works of the other artist, Thomas Scheibnitz, were dominated by the dancing and noise of the people involved in Sehgal's work.

In contrast with such "disappeared” works are rooms where the installed work is bigger than the doors, like Miroslaw Balka's tunnel, also filled with noises and wind. This tendency to disturb proportions both inside and outside can be found in several national exhibitions.

A special section is devoted to the development of video. Some critics were unhappy with its growing quantities, but this is not the problem. More important is the quality and a new desire to approach the realities of film; thus, many videos last more than 30 minutes, with viewers made to wait in a queue. The Polish film "Repetition” by Artur Zmijewski - about a new version of the Stanford Experiment - is one of the most stringent works while others achieve their length through collages or endless talking. Hollywood provides plenty of materials: Candice Breitz (RSA) chose only the relation between mothers and sons from several films, others only pornographic scenes from historical films.

The most romantic video was made by Pipilotti Rist in St. Stae, showing the beauty of Paradise and of young women in the form of a kaleidoscope movement accompanied by sentimental music. In sharp contrast was Thailand's video installation at the cloister of San Francesco della Vigna, demonstrating the discrepancy of life and death: "Those dying wishing to stay, those living preparing to leave”.

But the jury awarded the French pavilion with the Golden Lion, stating: "From the moment one reads (the word) 'casino' superimposed over the word 'France', Annette Messager signals that she will take us into a realm where creative imagination can transform reality. Reconceiving the story of Pinocchio as the soul's odyssey Messager transforms space, material and light into a visceral tale that speaks to people of all ages and cultures".

Finally, one major surprise: the first appearance of the Central Asian Academy of Art, curated by Viktor Misiano, won a jury "special mention” (as did Lithuania and South Korea). The Central Asian Academy shows photographs and videos of artists from Kazakhstan, Kyrgyzstan and Uzbekistan. Perhaps this success mirrors parallels with the new democratic movements in these countries.

The only prize which went to the United States was a Golden Lion given to Barbara Kruger for her lifework. Also important was the special Golden Lion awarded to Harald Szeemann, who directed the Visual Arts section of the Venice Biennale from 1998 to 2001. But this means also an end of tradition to see the biennial as a total art work only. 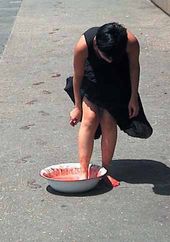 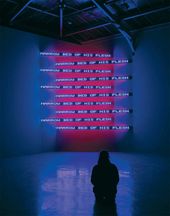 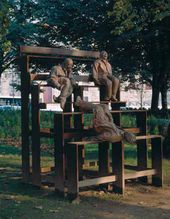 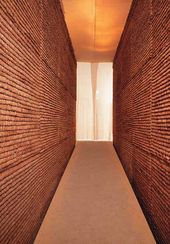 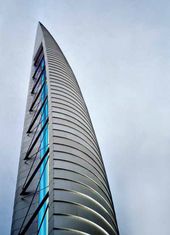 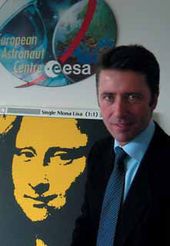 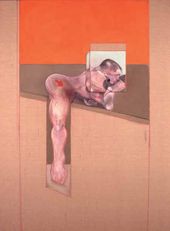 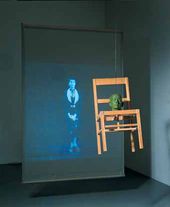