On June 7 2005 a new statue was unveiled in Moscow - an impressive monument to Tsar Alexander II which stands by the rebuilt Cathedral of Christ the Saviour.

Known as the "Tsar Liberator", Alexander II abolished serfdom in 1861. As well as helping other Slavic peoples in their struggles against the Ottoman Empire, he undertook a number of radical state reforms. Alexander II was something of a martyr - a noble and conscientious ruler who fell victim to the pressures and limitations facing all monarchs. 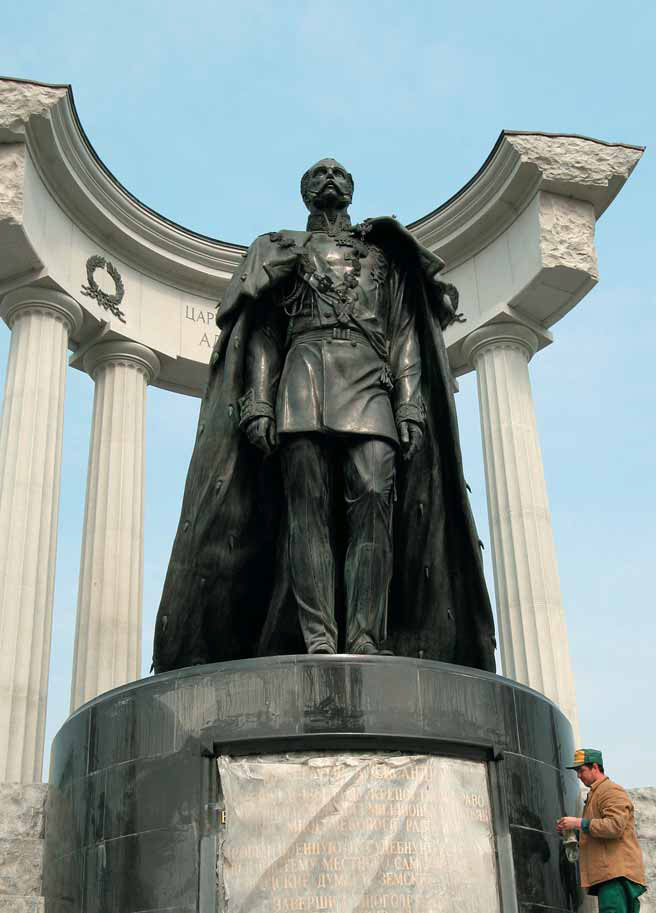 A previous statue of Alexander II by the famous sculptor Alexander Opekushin was destroyed in 1918. Producing an exact copy of the previous monument - a superficial, lifeless imitation - would have been inappropriate. Nevertheless, surviving photographs and sketches of the first statue served to aid and direct the creators of the new work, the artists Alexander Rukavish- nikov and Sergei Sharov and the architect Igor Voskresensky. 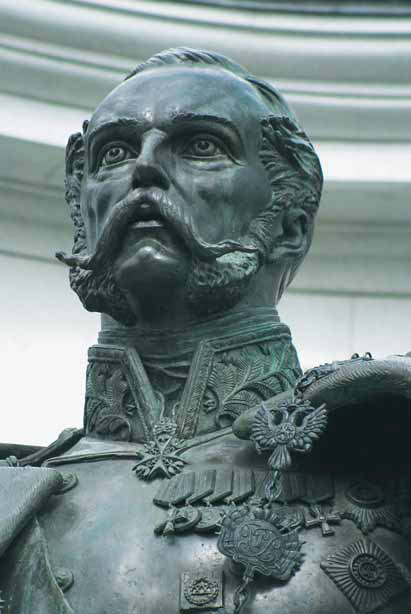 Together, these talented individuals developed their own vision of the statue. Their truly contemporary work combines elements of neoclassical monumental sculpture with new urban design. Facing the Cathedral of Christ the Saviour, the statue is a sign of the respect which Russians today feel for their national history and the noble virtues of Russian statehood. The statue was consecrated by the Patriarch of Moscow and All Russia Alexei II. At its unveiling, Mayor of Moscow Yury Luzhkov spoke about the vital role played by the Tsar Liberator in his country's history. 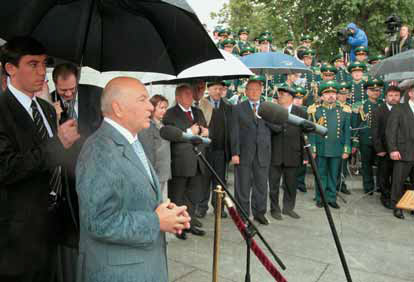 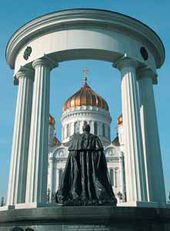 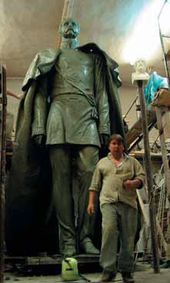 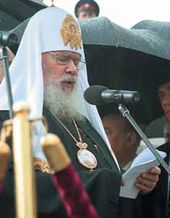 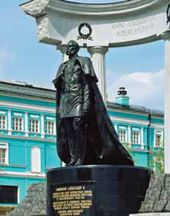