The Beginning of the Collection: Pavel Tretyakov’s First Acquisition 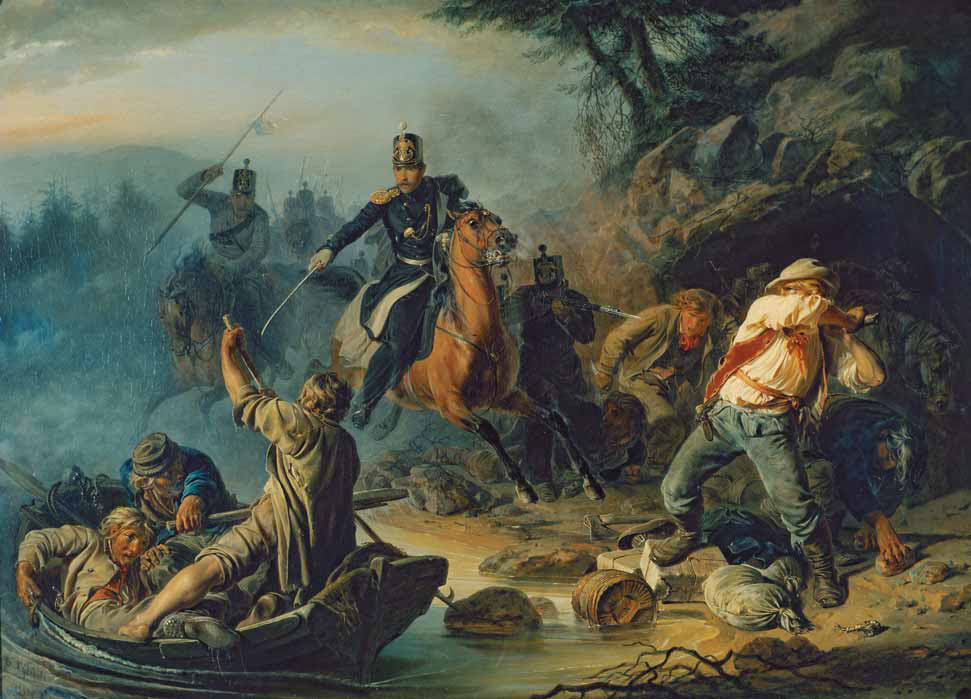 The thirty-year-old painter was already well-known in artistic circles: an academician and professor, he was equally adept at portrait-painting and portraying historical and religious subjects. Receiving commissions from a large number of wealthy admirers including Tsar Nicholas I, he was able to sell his work to well-known collectors. No Academy of Arts exhibition was complete without a portrait by Khudyakov.

In 1850, the artist created one of his best paintings of those which survive today - the portrait of the future architect Alexander Kaminsky. Then a student at the Academy of Arts, Kaminsky would go on to design many well-known buildings, including the first Tretyakov Gallery complex[1].

Pavel Tretyakov acquired Kaminsky's portrait after meeting the young architect in Rome in 1860, and an immediate bond was established between the two. Thinking alike on many topics, they soon became firm friends. In 1862, Kaminsky married Tretyakov's sister Sofia, and the friendship was strengthened by family ties.

The "Armed Clash with Finnish Smugglers" was purchased by Tretyakov in St. Petersburg, when the collector paid a special visit to Khudyakov's studio. In 1853, this work had been shown at an exhibition held by the Moscow Arts Society in the School of Painting and Sculpture. Critics had immediately noticed the painting, not only for its artistic merit but also for the unusual nature of the subject. An article published in the artist's memory after Khudyakov's death wrote: "At that time, the 'Smugglers' was a welcome sight: a painting which exuded life."[2]

Dealing mainly with historical and religious topics, Khudyakov was also able to address modern subjects and to treat them in a realistic manner - arguably, his main achievement.

In his "Armed Clash with Finnish Smugglers", Russian border guards fall upon a group of criminals attempting to transport illegal goods[3]. Despite its academic composition, the painting is alive with the fever of the moment: with tempers running high, it is a scene full of heat and excitement.

Besides admiring the painting, Tretyakov held the artist himself in great esteem. A friendship sprung up between the two, and when Khudyakov moved to Moscow to teach historical painting at the School of Painting and Sculpture, the pair developed an even closer relationship. In one of her letters, Tretyakov's daughter Alexandra Botkina claims that Khudyakov was among her father's closest friends[4]. In her memoirs, however, the situation is described differently. Written significantly later than the letter, these reveal that in the early 1860s Tretyakov saw the artist as an "unquestionable authority", valuing his "opinions and taste" and "sharing his plans with him"; yet the two were not "emotionally close"[5].

It appears that the artist and collector did gradually drift apart, riven, perhaps, by their differing attitudes to ongoing processes in contemporary Russian art. This was a key issue for Tretyakov, as it affected the nature of the national gallery he was creating. In the early stages of assembling the gallery's collection, Tretyakov was greatly influenced by the opinions of Khudyakov and Ritsoni. As time went on, however, he gained experience and confidence as a collector, relying less on the opinions of artist friends. Khudyakov disliked the art of Pukirev, Perov, Ge and Kramskoi; Tretyakov, on the other hand, showed increasing interest in these painters, acquiring more and more of their works.

In January 1862, Khudyakov resigned from the School. The official reason for his resignation was the school's refusal to provide him with a studio, vitally necessary for his work on the historical canvas "The Siege of Novgorod". According to archive documents, this refusal was largely decided by the school inspector and tutor Sergei Zari- anko. In Zarianko's report to the Moscow Arts Society, Khudyakov's choice of a new tutor for the school was cited as one of the reasons for declining his request. Apparently, given the choice between Pukirev and Udalov, Khudyakov voted for the latter, explaining that he was touched by Udalov's poverty. The real reason behind his choice was, evidently, entirely different[6].

Upon leaving the school, Khudyakov left Moscow as well. To fund his move back to St. Petersburg, the artist borrowed 1,000 rubles from Tretyakov, hoping to return the money before long: the wealthy collector often helped artists financially in times of trouble. But Khudyakov's luck had changed; his work, once so successful, now drew nothing but harsh comments. Critics called him dry and overly academic; his paintings were deemed excessively pretty, lifeless and superficial. Even those who had once admired his talent now considered him finished: "Khudyakov became famous and exhausted himself."[7]

In 1867, Tretyakov reminded the artist of his debt. Unable to raise the money, Khudyakov sent the collector his "Secret Visit" and two Italian sketches. One of these, the small landscape "In Olevano", was retained by Tretyakov for his gallery; the other two works were returned. Tretyakov was clearly losing interest in the artist's work: in 1861, he gave Khudyakov's "The Brigand", which formed part of his collection, to the critic Andreyev.

In 1871, aged 45, Vasily Khudyakov died of cholera. It is hard to guess how his relationship with Tretyakov might have developed, were it not for his early death. The artist spent the last few years of his life alone and virtually destitute. The belongings left by the former professor and academician were valued at 2,127 rubles and 40 kopecks. Besides Khudyakov's modest furniture and household objects, the Academy of Arts committee included the painting "Queen Suumbike Leaving Kazan" and several religious sketches[8] in the valuation. Tretyakov was still owed 850 roubles, which were eventually returned by Khudyakov's brother Mikhail, a merchant of the second guild from the Kazan region. Pavel Tretyakov gave the money to a charitable fund for the widows and orphans of Russian artists.