Like some Watteau pearl, how cleverly
A snuffbox embraces all life's matter...
Boris Pasternak

Beneath the heavens, in the skies above, on the roads, along the faintest paths, under lonely trees, in autumn-hued groves and summer gardens, on enchanted islands, but never in the closed spaces of rooms - Anatoly Slepyshev’s personages inhabit the two dimensional infinity of the master’s canvases.

Echoing real-life events, reflecting the present, mirroring real spaces; aspiring to escape the boundaries of life, stopping to marvel at sunsets and sunrises, sheltering from thunderstorms, fighting enemies, or uniting in an eternal kiss.

Or repeating Zarathustra’s, “Now am I light, now do I fly; now do I see myself under myself. Now there danceth a God in me.”[1]

Then - standing heavily on ghostly bridges which join all those things that break us apart forever.

The rough texture of the canvas, traces of the palette knife, fingerprints, brushstrokes - sometimes closely calculated, sometimes random - and unembodied vibrations of colour. All is about registering the evanescent traces of Being, trying to capture, to conserve these traces. It is foreknowing that all these things have existed before. And above everything, from within, by some unfathomable path, there surges a feeling of being doomed for harmony, for the capacity of overcoming the hardships of historic reality locked in the iron circle of being. 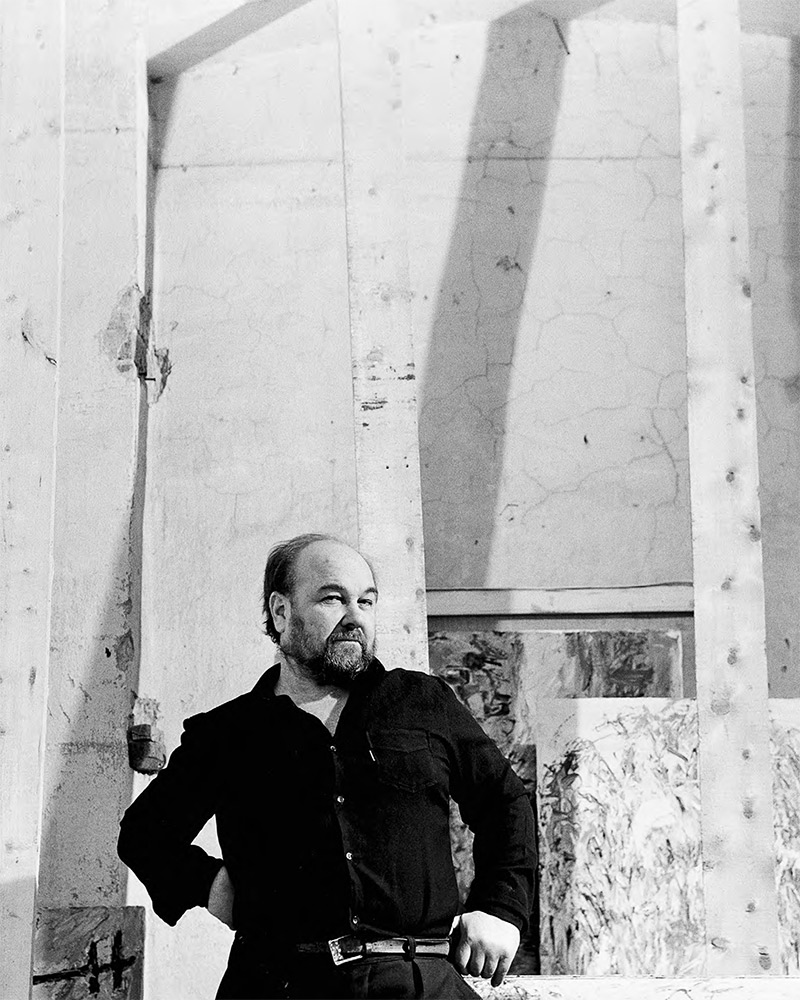 Anatoly Slepyshev (1932-2016) was born n the village of Lopatino in the Penza Region, studied at the Nizhny Tagil Art and Industrial College and graduated in 1964 from the Surikov Moscow Art Institute, where he studied with Lev Shipovsky and Alexander Deineka. In 1967, he became a member of the Moscow section of the Soviet Union of Artists and created a number of paintings and ornamental compositions for public buildings in Moscow in the late 1960s and early 1970s. Later taking up easel painting and graphics, he proved an excellent painter, graphic artist and a master of watercolour. From 1990 to 1996 he lived and worked in Paris, holding some 30 solo exhibitions in France, after which he settled in Moscow. He has written a number of profound essays about art and artists, a collection of which, titled “Man Made Beauty", was published in 2004. 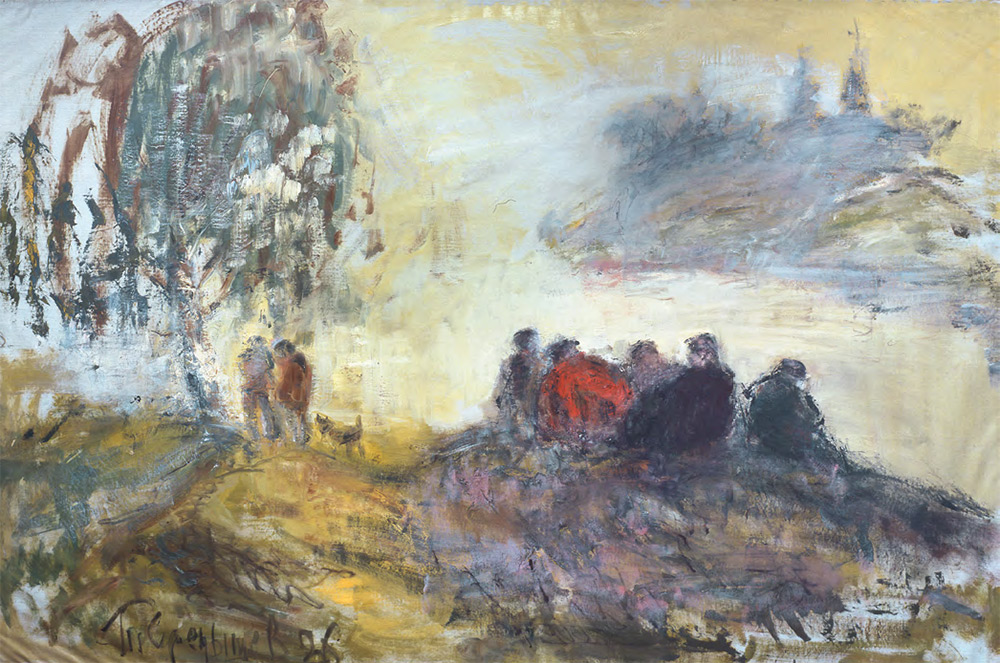 Anatoly SLEPYSHEV. A Gathering on a Hillside. Bois de Boulogne. 1998
Oil on canvas. 200 × 300 cm. Collection of the artist’s family 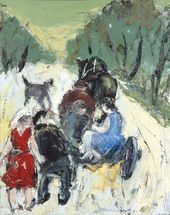 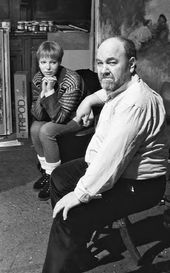