Greeting of Dr. Laurie Bristow CMG, the ambassador of the United Kingdom to Russia 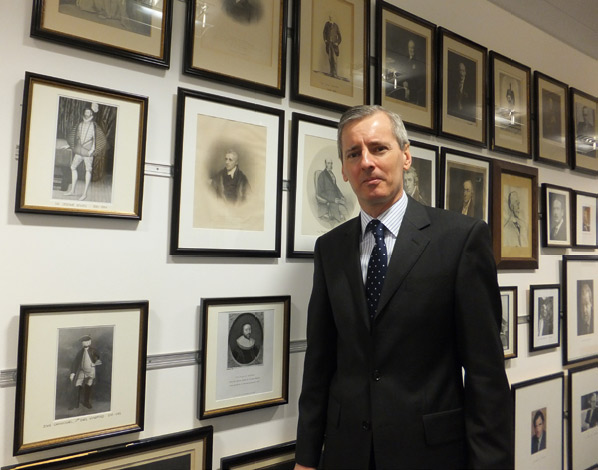 Both the UK and Russia have widely-spoken languages and rich literary traditions. We share a deeply held respect for each other’s culture and literature. Because of this, I am delighted that the UK has an opportunity to build on the success of the UK-Russia Year of Culture 2014 in the form of the UK-Russia Year of Language and Literature and this unprecedented loan between the National Portrait Gallery and the State Tretyakov Gallery.

As part of our reciprocal Year of Language and Literature, the British Council is proud to curate a public series of evening lectures at the Tretyakov given by British and Russian authors, biographers and historians speaking about leading historical figures featured in the exhibition.

2016 is the 400th anniversary of Shakespeare’s death and as we celebrate Shakespeare’s legacy with Russian partners through the UK-Russia Year of Language and Literature, we are particularly pleased to see the "Chandos portrait” of Shakespeare on display in Moscow for the first time. The loan of this portrait seems particularly symbolic in this celebratory year of cultural exchange as it was the portrait that began our portrait collection in London in the same year that the Tretyakov was founded in Russia.

I hope that the exhibition and lecture series inspires more Russians to visit the UK and the National Portrait Gallery to explore the permanent collection, and I would like to thank BP for their support as Founder Sponsor of the UK-Russia Year of Language and Literature.