Christie’s special Moscow exhibition juxtaposed Russian and Pre-Raphaelite art and spanned nearly 100 years of art history. it included Pre-Raphaelite works of the Victorian period, which commenced on 20 June 1837 when Queen Victoria ascended the throne at the age of 18. The russian works of art included in this exhibition spanned the end of the Victorian period, marked by the death of Queen Victoria in 1901, until the late 1920s.

The Pre-Raphaelite Brotherhood (also known as the Pre-Raphaelites) were a group of English painters, poets, and critics, founded in 1848 by John Everett Millais, Dante Gabriel rossetti, and William Holman Hunt. empress Alexandra Fyodorovna of Russia (1872-1918), the wife of Nicholas ii (1868-1918), the last Tsar of the russian empire and a granddaughter of Queen Victoria, was known to be particularly fond of Pre-Raphaelite art and had two works by sir Lawrence Alma-Tadema (1836-1912) at her favourite residence, the alexander Palace in Tsarskoe selo.

The highlight of the exhibition was surely "St. Cecilia” by John William Waterhouse. "St. Cecilia” took the artist two years to paint and was painted at the height of Waterhouse’s career in 1894. Bought by George McCulloch even before it left Waterhouse’s studio, it was exhibited for the first time in 1895 at the Royal Academy in London. in 2000 the Andrew Lloyd Webber Art Foundation bought the painting and established with its purchase a new auction world record for the artist as well as the most valuable British 19th century painting. The painting was generously loaned by the Foundation to complement the recent exhibition at the Tretyakov Gallery. By now the painting has safely returned to its owner and will be seen in other museum shows shortly. 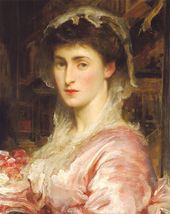 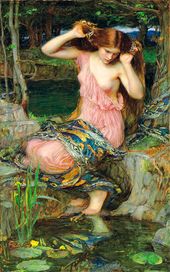 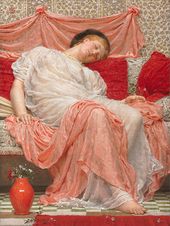 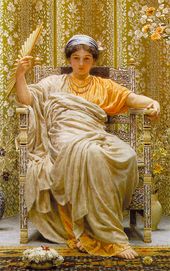