The Successors of Pavel Tretyakov 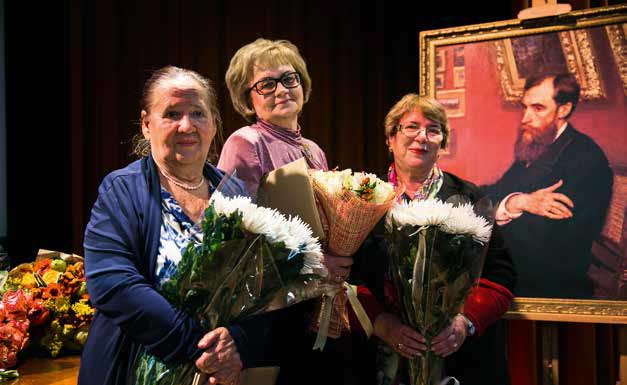 Cherished by every Russian citizen, the Tretyakov Gallery is rich not only for its artwork but also for the people who work there - those who care for, renovate, study and popularise this priceless collection of Russian art.

Many joined the Gallery's staff in their youth because of an inherited fondness for the profession of their relatives, and now continue such dynasties; others, on the contrary, have founded new dynasties of their own, as the children they raised have decided to choose the profession to which their parents have devoted their life. It is remarkable that such continuity is present not only among the Tretyakov employees but among the staff of Russia's regional museums, too. This was compellingly demonstrated on December 11 2014 to all those who attended the reception for the winners of this year's Tretyakov Prize - Tatiana Gubanova (Tretyakov Gallery), Valentina Byalik (Tretyakov Gallery) and Lydia Medvedeva (Orenburg Museum of Fine Arts).

The traditional gathering of the community of cultural workers took place on the premises of the Tretyakov Gallery, founded by Pavel Tretyakov, and brought joy to the recipients of the Prize, their families, friends, colleagues, and guests of the museum.