ON DECEMBER 2 2013, THE EMBASSY OF THE RUSSIAN FEDERATION IN WASHINGTON, DC, WITH THE COOPERATION OF THE AMERICAN-RUSSIAN CULTURAL COOPERATION FOUNDATION (ARCCF) AND THE GRANY FOUNDATION, HOSTED THE CELEBRATION OF THE TENTH ANNIVERSARY OF THE"TRETYAKOV GALLERY" MAGAZINE. THE EMBASSY'S GOLDEN HALL WELCOMED APPROXIMATELY 350 GUESTS, AMONG THEM REPRESENTATIVES OF AMERICAN AND RUSSIAN MUSEUMS, US UNIVERSITIES, THE RUSSIAN ACADEMY OF ARTS, DISTIN¬GUISHED US BUSINESSMEN AND POLITICIANS, CULTURAL, PUBLIC AND MEDIA FIGURES. 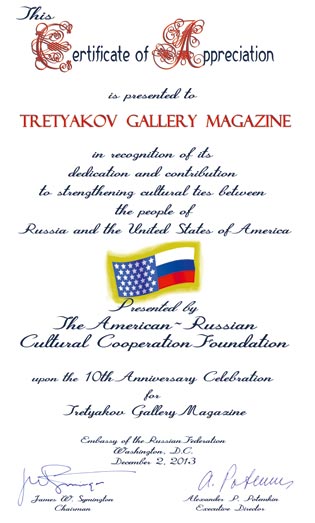 The "Tretyakov Gallery" magazine received congratulations from the Minister of Culture of the Russian Federation Vladimir Medinsky; Vincent C. Gray, Mayor of Washington, DC; Dean of the Diplomatic Core of Former Ministers of Foreign Affairs Alexander Bessmertnykh, as well as from the Russian Academy of Arts, the Russian Museum, Rossotrudnichestvo, the Russian Union of Artists, Moscow's Surikov Art Institute, the Moscow Institute of Art Studies, St. Petersburg's Repin Art Academy, and the "Burganov House" Museum in Moscow.

Minister-Counselor of the Russian Embassy Oleg Burmistrov opened the evening's programme by reading the text of the greetings from H.E. the Ambassador of the Russian Federation to the US Mr. S.I. Kislyak.

A video message with congratulations from the Director of the Tretyakov Gallery Irina Lebedeva was shown on two screens.

The Hon. James W. Symington, Chairman of the Board of ARCCF, former Congressman from the State of Missouri, prominent Public Figure, decorated with the Order of Friendship Medal, informed the guests of the evening's programme and introduced the guest speaker, Ms. Kim Sajet, Director of the National Portrait Gallery. She spoke of the importance of cross-cultural ties in the epoch of globalization. Co-editor of the "Tretyakov Gallery" magazine Natella Voiskunski presented the Russian delegation. She spoke of the magazine's main cross-cultural goal, as the only magazine dedicated to culture and art that is published both in English and Russian, it strives to introduce the public outside of Russia to Russian art, as well as inform the Russian reader about major events on the world art scene. In connection with that - the project "On the Crossroads of Cultures", initiated by the GRANY Foundation, helps to promote better ties between people of different countries and deeper understanding of history and culture. Ms. Voiskunski highlighted the important contributions of Vitaly Machitski, a businessman and patron of the arts, co-founder and general sponsor of the "Tretyakov Gallery" magazine, and Irina Machitski, the founder and President of the GRANY Foundation, and co-founder and publisher of the "Tretyakov Gallery" magazine: it is due to their personal initiative and interest that this unique publication exists, she said. The audience was captivated by the video presentation of the two anniversary issues of the magazine, "Russian Panorama" and "International Panorama", which closed the official programme of the evening.

Mr. Symington and the Executive Director of ARCCF Alexander Potemkin presented the magazine with their official "Certificate of Appreciation" and a gift of a painting by the Russian-American artist Anastasia Ryurikov Simes. Both were handed to Mr. Alexander Rozhin, editor-in-chief of the magazine, who, in his turn, emphasized the enduring importance of ties between cultural figures of different nations.

Our American colleagues had organized a competition for the best cake design by Washington's chefs inspired by the art on the covers of the "Tretyakov Gallery" magazine. ARCCF Board Member and distinguished leader in the sphere of education, the Hon. Joseph D. Duffey introduced the participants and the winner of the competition. Mr. Duffey underscored the importance of the arts - any kind of arts, from visual to musical to culinary - as a means to achieve closer ties and understanding between nations, as a kind of "new Esperanto". Competition participants received a copy of the "Tretyakov Gallery" magazine with the cover they had based their cake design on; the winner, chef Caitlin Dysart, also received the album "The Icon Collection in the Tretyakov Gallery". 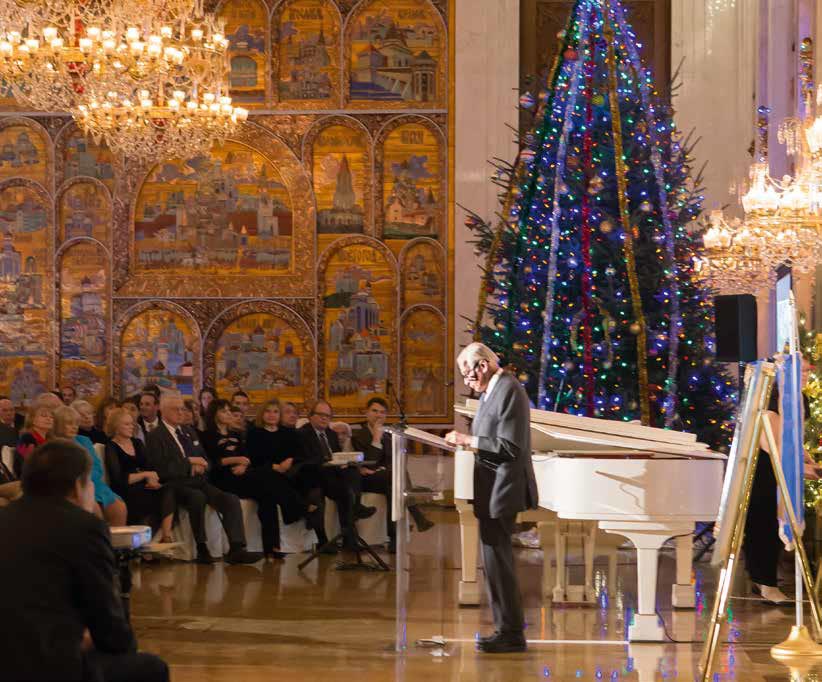 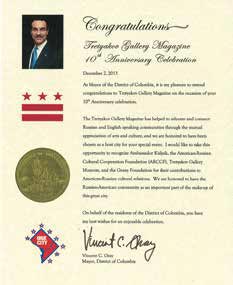 At the request of the general sponsor of the "Tretyakov Gallery" magazine Mr. Machitski, Natella Voiskunski presented Mr. Symington with a special English edition of the album "The Icon Collection in the Tretyakov Gallery" (this unique publication was also sponsored by Mr. Machitski). Performances by the renowned American countertenor Terry Barber and the pianist Alina Kiryayeva gave the evening a brilliant final touch.

All guests received a copy of the magazine's anniversary issue. Everyone left the halls of the Russian Embassy with a festive feeling of friendliness and appreciation.

We would like to stress the important contribution of the Embassy of the Russian Federation in the US, and thank personally Р.У. Ambassador S.I. Kislyak, Cultural Attache Pavel Spitsyn, and the Embassy Staff for organizing the anniversary celebration and buffet dinner in honour of the "Tretyakov Gallery" magazine.

The mass media also marked the magazine's anniversary; ITAR-TASS, VOR (Voice of Russia), VOA (Voice of America) and others published information regarding the event.

(Complete version of the event at Washington DC on December 2, 2013) 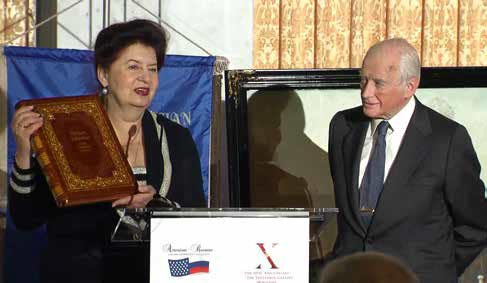 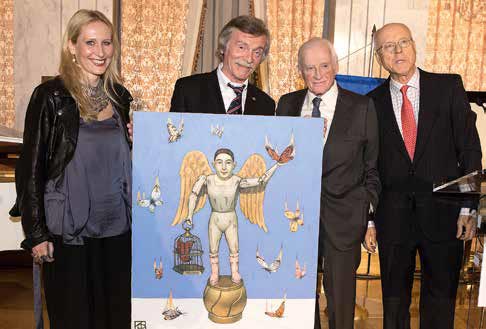 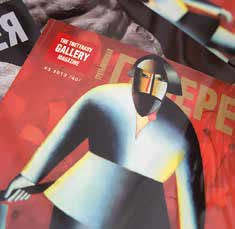 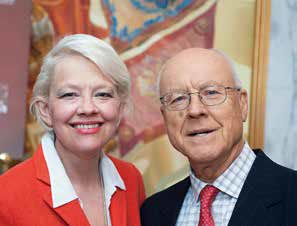 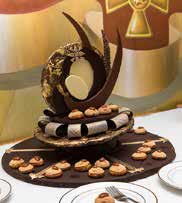 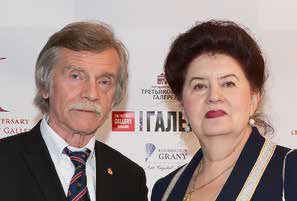 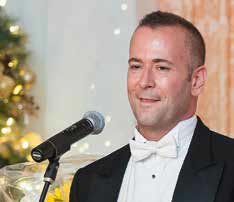