"Benefit for many and delight to everyone"

As the curtain fell on 2013, the traditional December concert organized by the Pavel Tretyakov Charitable Foundation brought together museum workers, artists, collectors and journalists - all those who felt it was important to celebrate the 120th anniversary of the date when the Tretyakov Gallery opened to the general public, as well as the 90th anniversary of the establishment of the "Russkoe iskusstvo" (Russian Art) magazine.

1893 was a special year, crowning Pavel Tretyakov's entire life's work in the domain of culture: a public museum of Russian art which brought "benefit for many and delight to everyone" was in existence.

Since then the Tretyakov Gallery has continued to carry out its educational mission. Members of the foundation's board of trustees, whose mission is to reward true Tretyakovians who are wholeheartedly committed to the museum, are every year faced with a real challenge when they have to select the best candidates for the Tretyakov Prize. The trustees want to pay their dues to employees with the longest service records, to do justice to the most dynamic workers, and to pay tribute to the best staff of regional museums in Russia.

On December 11 2013, three prize-winners were honoured at the traditional gathering at the Gallery. An especially warm welcome was given to Marina Astafieva, who has worked there for 55 years and done much good to the Gallery's department of manuscripts, not only collecting and taking charge of, but also popularizing the archives. Words of thanks were given to Irina Vakar, expert on the Russian avant-garde who has curated many of the Gallery's projects, including one of its largest exhibitions, "Natalia Goncharova. Between East and West". The Russian regions were represented by Marina Ageeva, the director of the Nizhny Tagil Museum of Fine Arts, a talented manager and researcher, an active participant in the "Russia's Golden Map" project, and a contributor to "Russian Art" magazine. 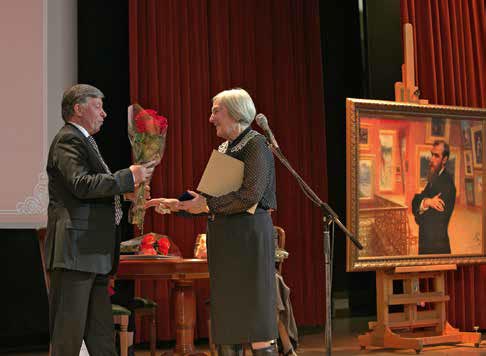 Viktor Bekhtiev, President of the Foundation, gives his congratulations to Marina Astafieva 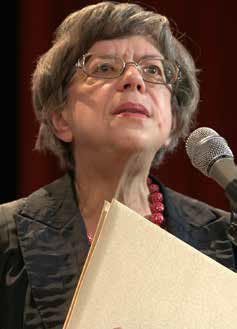 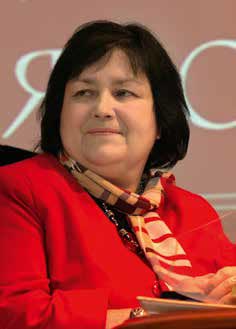