On the Crossroads of Traditions

To celebrate its 10th anniversary, the Moscow Museum of Modem Art, together with the Surikov Arts Institute, and the Scientific Research Museum of the Russian Academy of Arts, opened a new exhibition, “From a Study to an Art Object”. The exhibition, which was supported by the Moscow Government, the Moscow Department of Culture, the Russian Academy of Arts and ENEL company was experimental — but it will surely not be the last of its kind.

The exhibition presented works by Russian artists of the 17th-21st centuries from the museum’s collection. In a way an anthology of Russian art, the new museum’s first thematically organized programme showed the variety of the museum’s permanent collection and unveiled pieces previously not seen by the public.

The idea of the exhibition was, of course, broader than just a demonstration of the richness and diversity of the museum’s collection. The project’s organizers and curators strove to demonstrate the possibilities of an unorthodox analysis of the artistic and aesthetic evolution of a creative concept from a preliminary drawing or sketch to an independent piece of art that stands on its own. In other words, this was a journey from a study to an art object.

Using a small number of high quality academic figure drawings and compositions as a point of reference, the exhibition traced the range of artistic phenomena over the past 300 years up to the latest intellectual and “actual” art.

It revealed the various routes master artists take in their work — directions and styles that are often polar opposites of one another. In the end, art is a diverse and yet integral model of the imaginative transformation of the world, and the various forms of its interpretation.

The artistic ideas of the early 20th century were arranged in an unexpected way. Side by side there were presented the works of the “Georgian Rousseau” Niko Pirosmani, and those of Mikhail Larionov, who was delighted by the masters of “naive” art and the art of Alexander Archipenko, which is similar to Brancusi.

The architectural design of the exhibition helped visitors to understand its aesthetic and philosophical meaning. The talented young Moscow architect Boris Bernaskoni singled out three main sections of the exhibition that represented the three stages of the creative process: from “Canon” to “Model”, from “Model” to “Metamorphoses”. This created a foundation for new statements and ideas of
artistic development over the course of three centuries.

The works created in the second half of the 20th century and the early 21st century were covered extensively in the show. The viewer encountered art objects of various types and genres that revealed the nature of the authors’ artistic mentality, their different trends and styles: from socialist realism and neoclassicism to popart, hyperrealism, kinetism and video-art. Though at first glance artists may seem to be polar opposites in their aesthetic views, the well-thought out exhibition brought out shared features and unexpected connections.

From stage to stage, from work to work, from room to room, from section to section, the viewer was imbued with the innovative idea of the exhibition “From a Study to an Art Object”. Established perceptions and limiting stereotypes of different trends, styles, and tendencies were gradually reshaped in our consciousness, broadening our artistic horizons and our understanding of the spiritual, aesthetic and moral functions of art. This became possible because of the exhibition’s bold comparison of artists and pieces that might seem to be absolutely incompatible. Naturally, when the work of the great masters of the 1950s and 1960s, represented by single pieces that are far from being their signature works, is followed by an unusually broad range of artists who inherited the ideals of the so-called “second culture” or “other art”, it becomes a kind of a breakthrough into a new reality.

However, even the least significant canvases of Andrei Mylnikov, Tair Salakhov, Zurab Tsereteli and other “shestidesyatniki” (artists of the 1960s) are an important connecting link between the so-called official art of that period and the underground. These artists and their like-minded fellow artists Nikolai Andronov, Pavel Nikonov, the brothers Alexander and Pyotr Smolin, Viktor Popkov and Evsei Moiseenko gave Russian fine art a diversity of content, forms and means, that broadened its horizons and made it an integral but unique part of the international creative process. The individuality of each of these artists adds to a multi-polar coordinate system, an imaginative thinking that does not contradict the logical evolution of individual tendencies and styles, but, on the contrary, confirms the historical logic of the continuity of traditions and the unity of opposites.

This was confirmed by the exhibition’s inclusion of works by Natalya Nesterova (“Playing at the Seaside”), Tatyana Nazarenko (“The Butchers”), Leonid Berlin (“The Artist”), Tatyana Faidysh (“Assembly”), and Nadezhda Lebedeva (“A Dialogue”), works that broaden our perception of the twists and turns of the art of the 1970s and 1980s, its discoveries and losses.

The exhibition made the viewer reflect on the destiny of modern culture, its place in people’s consciousness and perception of society. The well-known scandal with the Czech artist David Cherny, who erected an eight-ton installation in the European Council building in Brussels, became the subject of debates, and not just political ones. Kirill Kobrin wrote in his essay “Unnecessary Thing”:

“David Cherny admitted that he made up 27 artists who supposedly each depicted his or her own country. Cherny did it all himself: concocted a thing that is called — especially for fools — ‘Entropa: stereotypes are barriers that should be broken’. He invented the artists and even set up websites for some of them. All in all, these are not the harmless little jokes of Ilya Kabakov who placidly invents socialist realist artists of the past. It is one thing to construct conceptualism out of Soviet trash that does not involve anyone (such work is so harmless that even post-Soviet billionaires like it), and another thing to cause the fury of notorious euro-bureaucrats, diplomatic notes, violent protests of insulted national feelings, and so on. David Cherny has demonstrated what real modern art is. It shakes people up, agitates them, makes them angry. It reveals a fool as a fool, a clever person as clever, an artist — as an artist. This story contains a real moral lesson for artists: the times when one could calmly relieve oneself into an empty can, and afterwards sell it to museums of modern art for a handsome sum, are gone.”

Kirill Kobrin’s radically ironic attitude to modern art sets the stage for a serious reflection on contemporary culture and art. The exhibition “From a Study to an Art Object” takes on this reflective task; it inspired a conversation within the new system values that is already so far away from such familiar concepts as the “value” or “social significance” of an artwork. In essence, the exhibition gave so much food for thought that it became in itself nothing less than an artefact of our times, a sort of new model of the evolution of Russian art and its integration into the world artistic process.

A key concept of the project was the study — an artwork done as a rough draft, drawn from life with the purpose of studying it. It is a concept with which an artwork begins and which subsequently turns into something whole and finished.

The experience gained by the Moscow Museum of Modern Art during the past decade is a guarantee that the Museum’s future projects and programmes will be promising, and that contemporary viewers will continue to have a recurring interest in them. 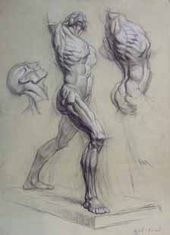 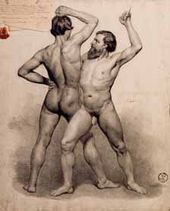 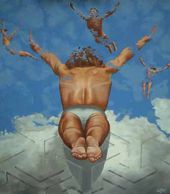 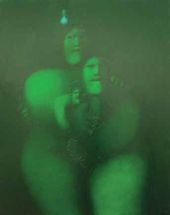 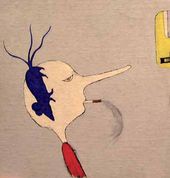 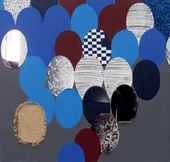 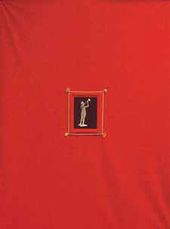 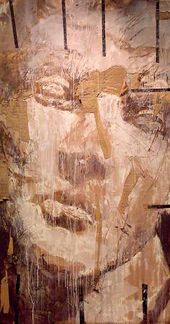