The tragic rupture in the history of 20th-century Russian art and a gap of several decades between the first and second avant-garde movements was particularly detrimental to artistic continuity. For artists of subsequent generations the few surviving luminaries of leftist art became living proof that the Russian avant-garde still existed, although many works had been destroyed or hidden in provincial archives.

While still a student at the Higher Technical School (now the Bauman Institute), Valentin Okorokov was experimenting in leftist art when he first encountered Vladimir Tatlin. Okorokov left after the first three years of his course and joined Tatlin's studio. “Those years at technical college were not spent in vain: enhanced by personal talent, his drawing skills developed into an accomplished mastery of line and form”.* At the outset of the First World War the young artist was mobilised and participated in military operations led by Admiral Kolchak, only returning to Moscow after the Revolution. By reinstating him in his studio Tatlin concealed Okorokov's episode with the White Guards. Before long Tatlin introduced Okorokov to Alexander Rodchenko and recommended he gain work experience in Rodchenko's studio. Okorokov was interested in Suprematism and personally acquainted with Malevich.

The late 1910s and early 1920s marked a period of fervent contact in the capital between young artists from diverse groups and cities. Valentin Okorokov returned to his home town Kozlov full of enthusiasm, convinced that he was the bearer of a new art form. During his absence there had been a surge in artistic activity in his native city. The Creative Commune of Kozlov Artists founded in 1918 by Sergei Gerasimov provided an educational programme including lectures and the organisation of a museum. Okorokov inspired and took part in leftist exhibitions. Press reviews that variously praised and damned these exhibitions have been preserved in the artist's personal archives. During this period he recorded and illustrated his ideas on colour composition. “This consists of small, matchbox-size sketches, already a pleasure to behold. Imagine them enlarged and materialised and you realise what a forceful plastic talent lay behind them.”*

Soon after his marriage Okorokov settled in Lianozovo, just outside Moscow, completed his studies as a graphic artist and began work at the State Publishing House of Educational and Pedagogical Literature. Instead of toiling over book illustrations he produced experimental works that could bring no material compensation and also put the artist at risk. Nobody saw these creations of the 1930s to the 1940s except his most intimate friends. After his family moved to Moscow in the early 1940s Okorokov continued to rent the Lianozovo studio and worked there whenever he could.

For many years he was almost deprived of contact with like-minded artists, creating his own world and his own philosophy in solitude. While in the 1920s to 1930s Okorokov developed themes characteristic for that period such as the movement of form in limitless space, extreme speed and detachment from terrestrial gravity, in his abstract art he was now engrossed in the possibility of transition from minor to major, from microcosm to macrocosm, towards a discovery of the majesty of idea and revelation.

These concepts were very apt in the 1950s, when the Belyutin Studio was formed at Gorkom Grafikov (the City Committee of Graphic Artists). Okorokov joined the Studio in 1959 and at last found himself in a fitting environment. Of course he was not a pupil at the Studio, but rather a link between past and present, between two avant-gardes. The art students arranged viewings of his work. “He would arrive well in advance and pay particular attention to the order in which everything was shown. The works were piled on a large table in strict order. For Okorokov the sequence of presentation was extremely important. Spectators sat opposite the exhibits or stood either side. Some leapt up and examined the detail long and hard; others fell to their knees and gazed at his work as if in prayer. ” Okorokov became a close friend of Lyutsan Gribkov and the Studio secretary Vera Preobrazhenskaya, whom he had known since 1947. We are indebted to her for preserving a large part of the artist's heritage.

This exchange of ideas, the exhibitions and recognition in professional circles were also of the utmost importance for the artist himself. The period from 1959 to 1972 was extraordinarily productive. Balancing between the abstract and figurative, Okorokov painted subtle chromatic compositions with an almost mystical profundity. His works were shown in the Taganka “Russian Avant-garde” exhibition and the legendary Manezh exhibition of 1962. The solo exhibition to mark his jubilee in 1966 at Gorkom on Malaya Gruzinskaya street greatly impressed both the viewing public and his fellow artists. In 1971 the Studio organised another Okorokov exhibition to mark his 80th birthday. After the artist's death there were several more shows of his work: posthumous solo exhibitions were held in 1974 and 1977, but only featured work from his later years. His earlier creative output remained hidden, and most people were unaware of its existence.

In the monographic exhibition at the Tretyakov Gallery’s Tolmachi Hall important works by Valentin Okorokov from the 1920s through to his later period are shown together for the first time, shedding light on the very individual quest pursued by this master of abstract art. Graphic works and collages of the 1920s—1930s were followed by the “cosmic” abstract paintings that appeared to be in the flow of development of non-figurative art beyond the Iron Curtain. It makes the concluding part of Valentin Okorokov’s creative activity even more artistically convincing.

The exhibition was organised by the Tretyakov Gallery and the “Stariye Gody” Foundation for the Support of Art and Culture. 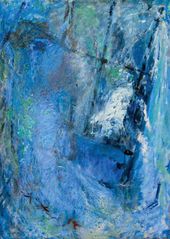 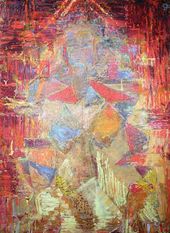 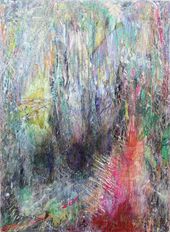 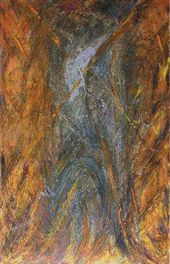