Giacomo de Pass’s first exhibition took place when he was 18, and he won acclaim at once. Since 1960 his works have been displayed together with those of Salvador Dali, Marc Chagall, Joan Miro, and Pablo Picasso. De Pass has had more than 100 solo shows at the most prestigious galleries and museums all over the world. The “Mes Passions” exhibition at the Tretyakov Gallery (in the Tolmachy exhibition hall) features the artist’s paintings, drawings and sculptures created over the last 30 years. The Tretyakov Gallery show commemorates the artist’s 70th anniversary.

For Giacomo de Pass a play of passions, improvisation and unbridled imagination are inherent in the way he expresses himself in art. The paintings, drawings and sculptures of this outstanding master convey his complex contradictions, as well as an elemental spirit of rebellion and spiritual thirst. In de Pass’s works, the shapes and colours of the surroundings become a chronicle of sensual desires, romantic crushes, real impressions and imagined exercise. The complex diversity of an emotional perception of reality intuitively predetermines the rise of polyphony in the way the visualized narrative of the facts and realities of our existence is reflected; hence the surprising interlacing of the tragic and the comical, the grotesque and the idyllic in Giacomo de Pass’s art. To use Herve Bazin’s metaphor, the artist turns "the garden of his soul into a forest of symbols”, which lends his works a special sacral quality. Giacomo de Pass’s life is indirectly connected to the lives of many famous personalities of European culture preaching the ideals of freedom of spirit, rejection of ideological doctrines and pseudo-morality. We see in his art different forms of philosophical rethinking of the stylistic transformation of artistic traditions and migration of the author from the demonic into idyllic state and the other way round. The reason for such metamorphoses is the artist’s unbridled play of imagination and freethinking.

His art is both multi-faceted and holistic, spontaneous and logically consistent; it has an inner unity which is not subject to the influence of the imagery of plastic and colour variations on themes the artist chooses himself. The evolution of Giacomo de Pass’s artistic outlook is connected with the development of the reforming trends in European art of the 20th century. De Pass has experienced the influences of different trends, from art nouveau, expressionism and futurism to surrealism and other movements that laid the foundations of the radical changes in the social medium of culture.

The humanistic nature of de Pass’s art consists in the individuality of his perception, in understanding both the instantaneous, transitory and frail, and the timeless, perpetual and universal. The content, the emotional component of de Pass’s art runs a whole range from tenderness and bliss to protest, from irony to grotesque. His impassioned style of painting, sculpting and drawing belies the artist’s spontaneous reaction to situations and personalities that catch the imagination with their unconventionality and a certain eventfulness of inner links between the place and the time of action, between causes and effects. At the same time the compositional and spatial arrangements, shapes, rhythmic accents and lighting effects evidence a theatralization of the visual element of emotions, their orchestrated nature, a deliberate strengthening or weakening of the vibration. This is a dynamically depicted, pictorial reflection of what had been seen or of a motif, scene, narrative generated by the author’s luxurious imagination.

Giacomo de Pass’s works are the fruits of the artist’s self-identification in a boundless ocean of human passions, in a kaleidoscope of moral collisions, suffering and succour, anxieties and hopes. This is a theatre of one actor, because the other characters invented by him are no other than himself, trying on borrowed clothes and masks and existing in different states, both fallen and ascended, sinning and repenting, enraptured and suffering. The conglomeration of emotions and ideas which make up the fabric of his art provokes in the mind of an interested, sensitive viewer different poetic, literary and musical reminiscences, a complex range of mental associations with glamour and poverty, illusions and reality. Maybe for this reason "the consciousness of every painting of Giacomo de Pass”, as the famous French art critic and theoretician Andre Parinaud put it, "becomes for him an act of selfdenial, an attempt to rein in his passions”. Anyway, the characteristics of the artistic mindset, the originality of the pictorial interpretation of personal motivations driving the artist to self-sacrifice for the sake of art, as well as the master’s professional culture form in each viewer’s mind an individualized idea about the unique and unmatched role assumed by Giacomo de Pass, a man from Grasse, an idealist and a romantic, a poet and a thinker.

He has been drawing his inspiration as an artist from the “irrealistic” poetry of Lautreamont, Guillaume Apollinaire, Charles Baudelaire, and Jacques Prevert, from the enchanting splendour of the great French masters whose masterpieces were created to last for eternity; he inherited the spiritual experience and individuality of the national culture contributing to it his musical intonation and colouristic and emotional tonality. 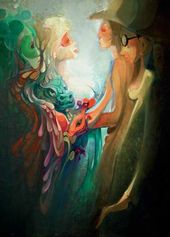 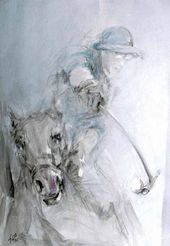 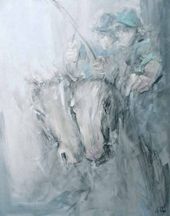 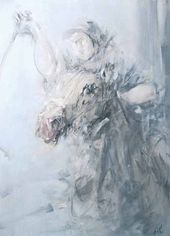