2006 was announced as the “Year of Russia in China”. These two countries have a long history of relations, and in the 21st century, they not only want to benefit from economic cooperation, but also aim to establish scientific and cultural contacts, and to study one another’s historical heritage. To celebrate the event, a rich cultural programme has been developed, including theatre performances, a film festival, various exhibitions and concerts.

On March 21, leaders of the two countries Vladimir Putin and Hu Jintao announced the beginning of the "Year of Russia” at a ceremony in the National People's Congress in the presence of numerous guests from both countries. To commemorate this event, the Bolshoi Theatre gave a spectacular gala.

The Tretyakov Gallery, known and loved in China, is also taking part in the project. On March 22, the exhibition "Three Centuries of Russian Painting”, organised by the Tretyakov Gallery, was inaugurated in the Beijing National Art Museum. Among those present at the ceremony were the vice chairman of the National Committee of the Chinese People's Political Consultative Conference (CPPCC) and chairman of the Russian- Chinese friendship, peace and development committee Li Guixian; the co-chairman of the same committee Leonid Drachevsky; the Minister of Culture and Mass Media of the Russian Federation Alexander Sokolov; the head of the Russian Federal Agency for Culture and Cinematography Mikhail Shvydkoi; and representatives of the Tretyakov Gallery. The executive secretary of the Shanghai Cooperation Organisation was also present. Man Siaosi, the deputy minister of culture of China, made an emotional speech, stating that the exhibition was long awaited in Beijing and that generations of Chinese people who had studied in the Soviet Union in previous decades have vivid memories of Russian culture. In his reply, Alexander Sokolov thanked the Chinese and Russian curators of the project for the excellent work they had accomplished in a very short time.

He emphasised that the "Year of Russia” in China is aimed at encouraging cultural cooperation between the countries. Most of the 260 events constituting its programme in various Chinese towns will help to achieve this objective.

Realistic trends in Russian art are traditionally favoured by the Chinese public and the organisers of the exhibition took that into consideration in choosing the paintings for display.

The show presents many fine examples of Russian art created in the three previous centuries, as Chinese visitors receive access to the encyclopedia of Russian realism through paintings placed in chronological order.

The exhibition starts with the period of Peter the Great who "opened the window to the West” and made Russians appreciate secular art. In the course of the century, Russia broke with the Middle Ages and joined Europe's cultural movement, while at the same time preserving its national traditions and experience. The visitors can observe the development of baroque and rococo painting in Russia, followed by classicism and realism, the latter strengthening its leading position in the second half of the 19th century. 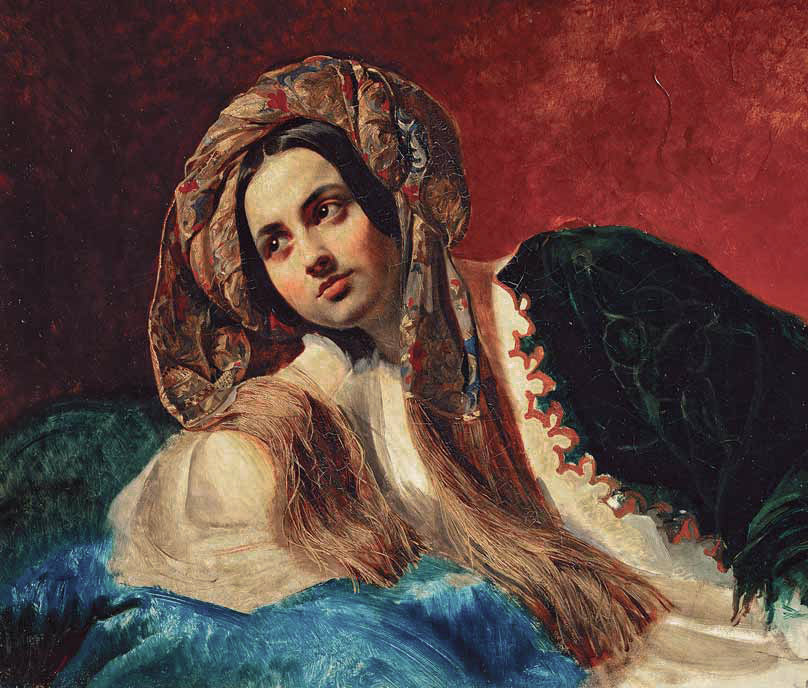 The first hours of the exhibition demonstrated which paintings were especially appreciated by the Chinese public and press. Visitors showed interest in the portraits of Catherine the Great's and Potemkin's daughter Elizaveta Grigorievna Temkina painted by Borovikovsky in 1798 They were fascinated by an exquisite image of Princess Maria Vorontsova by Sergei Zarianko and by Karl Bryullov's "A Turkish Girl”. However, the favourite paintings were the portrait of Evdokia Morozova by Valentin Serov and Abraham Arkhipov's "Girl with a Jar”, chosen for the exhibition poster by the Chinese organisers.

Nature and traditional morality played an important role in the evolution of Russian art. Their significance is illustrated by landscapes (by Shishkin, Levitan and Kuindzhi), genre painting (Fedotov's "Widow”, Makovsky's "Reading”, Perov's "Sleeping Children”), and Viktor Vasnetsov's "Alenushka”, the latter becoming the hit of the exhibition.

In the 20th century, the search for justice led to revolutionary changes. The dream of creating a Communist utopia generated unprecedented creativity among artists. New artistic groups and schools were organised, concert halls were opened, and original decorations for Soviet celebrations were created. From the 21st century perspective, this art, which is now part of art history, seems unique and original.

The major works by Alexander Ivanov, Kramskoi, Vereshchagin, Yaroshenko, Repin and Surikov are followed by the works of important Soviet painters - Pimenov, Reshetnikov, Gavrilov, Kor- zhev, Popkov, Stozharov, Zhilinsky and Yablonskaya. Many Chinese art-lovers have a special affection for Konstantin Maximov who worked in China and taught painting to many contemporary Chinese painters.

The works presented at the exhibition provide a full impression of Russian art - and from the opening of the show, it became clear that it would not leave Chinese visitors indifferent.

Talking about the 150th anniversary of the Tretyakov Gallery, founded by the Tretyakov brothers it should be mentioned that the gallery staff attribute much importance to the foreign exhibitions of the gallery organised this jubilee year. 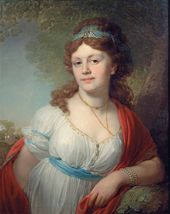 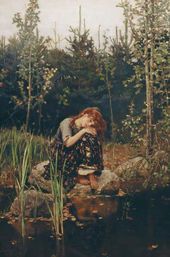 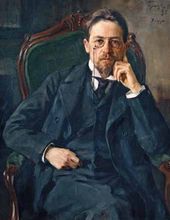 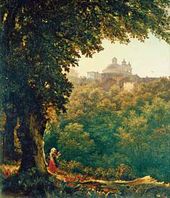 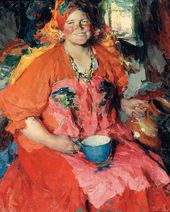 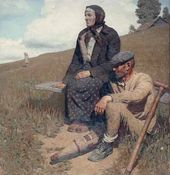 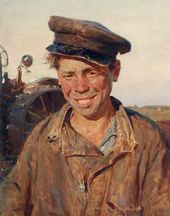