The American Friends of the Tretyakov Gallery Foundation

Alexandre Gertsman, prominent New York art dealer, collector and founder and president of the International Foundation of Russian and Eastern European Art- INTART- has chronicled the post-Soviet “moment” through numerous museum and university exhibitions, cultural festivals, symposia, and lectures across the United States, Europe and Russia, with documented complementary books and catalogues of the artists represented. INTART offers a unique opportunity as a representative of both prominently established and lesser known, beginning Russian artists, whose collective experience invariably extracts varied response and discourse, promoting cross-cultural communication.

As a further demonstration of his commitment and dedication to Russian art and culture, Gertsman focus-ed his attention on establishing a sister foundation exclusively devoted to the Tretyakov Gallery. In 2002, his efforts were realized with the inception of the American Friends of the Tretyakov Gallery Foundation.

Its memorable inauguration was hosted at the Russian Consulate in New York and was favorably reviewed by the New York Times and other major Russian and American media. The Librarian of Congress Dr. James H. Billington, one of the world's leading scholars of Russian culture, who was a guest of honour, and assisted with launching the foundation, as well as the honorary chair for the evening, Mr. Donald Kendall, the former CEO of PepsiCo. Amongst dignitaries in attendance who lent their support for the evening was Valentin Rodionov, general director of the Tretyakov Gallery, Patricia Nixon, daughter of President Nixon, and the world-renowned pianist Vladimir Feltsman who contributed a recital. As a gesture of appreciation and a symbol of a future relationship, the American Friends of the Tretyakov Gallery Foundation presented a gift to the permanent collection of the Tretyakov Gallery - artworks by major Russian-born US-based artists Komar & Melamid and Grisha Bruskin, whose works the Tretyakov Gallery had been missing in its collection.

The foundation has since been promoting, by lectures and cultural events, educational projects designed to introduce Americans to the historic and contemporary treasures of the Tretyakov Gallery, as well as to the multiplicity of Russian art and culture in general. The introduction of this gateway to the Russian art-world offers a remarkable insight into the artistic accomplishments of a historically profound and magnificent nation, intended both to inspire fresh perspectives and nurture greater understanding.

On November 28 2005, the first annual Tretyakov Ball organized by the Foundation and chaired by Alexandre Gertsman, was hosted at one of the oldest and the most exclusive private clubs of Manhattan on Fifth Avenue - the Metropolitan Club. Over 200 people attended the sold-out event, with Lynda Baquero, anchor of NBC4 News, as co-host, and Benjamin Doller of Sotheby's as the live auction auctioneer.

Svetlana Ushakov, wife of His Excellency Yury Ushakov, ambassador of the Russian Federation to the United States, the Honorable Sergei Garmonin, consul general of the Russian Federation in New York, Margaret Morton, deputy commissioner of Cultural Affairs of the Mayor's office, Thomas Krens, director of the Solomon R. Guggenheim Foundation, spoke in support of and welcomed the cultural and political importance of such an endeavour. The general director of the Tretyakov Gallery Valentin Rodionov, first deputy director of the Tretyakov Gallery Lydia lovleva and their colleagues Nina Divova and Irina Lebedeva were also in attendance. Among special guests were the award-winning architects Massimo and Lella Vignelli, Irina Dvorovenko and Maxim Belotserkovsky, principal dancers of the American Ballet Theatre, Masut Fatkulin, Chair of Moscow's International Confederation of Artists' Unions, Vasily Gerello and Elena Evseeva, soloists of the Metropolitan Opera and Bolshoi Theatre, and a renowned jazz-man Valery Ponomarev who also gave a recital. Many prominent Russians, Americans and Europeans from the arts, business, government and foreign affairs attended the Tretyakov Ball, as well as interested patrons, socialites, celebrities, and artists. His Excellency Yury Ushakov, ambassador of the Russian Federation to the United States, Anatoly Deloveri, USA general director of Aeroflot, George Michael, Platinum recording artist, Donatella Versace of Versace, Barry Weissler, Tony Awards-winning Broadway producer, Patti LaBelle, Grammy Award-winning artist and Hollywood Walk of Fame honoree, Jay Strongwater, designer for the Jay Strongwater company have all supported the Tretyakov Ball.

The Foundation also presented a gift of two works by major Russian-born artist-photographers Rimma and Valery Gerlovin to the permanent collection of the Tretyakov Gallery.

On January 11 2006, INTART as a sponsor of the RUSSIA! exhibition, in collaboration with the American Friends of the Tretyakov Gallery Foundation organized the closing ceremony, and Alexandre Gertsman, member of the leadership committee of the exhibition hosted the closing reception. Lisa Dennison, director of the Guggenheim Museum, stated emphatically that RUSSIA! was the most successful exhibition in the museum's history which was further reinforced by Andrei Denisov, permanent representative of the Russian Federation to the United Nations, who acknowledged the importance of the show in the process of bringing Russian culture into the lives of Americans.

On behalf of the board of trustees of the American Friends of the Tretyakov Gallery Foundation, Gertsman presented a work from the foundation's collection - "Conductor” by the RUSSIA! exhibition's participant Natalya Nesterova to maestro Valery Gergiev, artistic director of the Mariinsky Theatre, at the embassy of the Russian Federation in April, honouring his contribution to and advocacy of Russian culture in the United States, and the development of Russian-American cultural exchange. 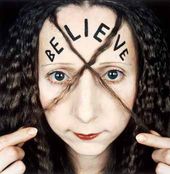 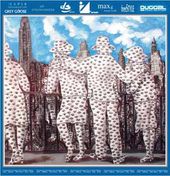 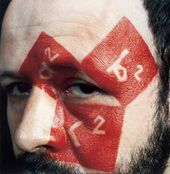