Limited in number, and neither too extravagant nor too shocking - such are the Spring “Vernissages” in Paris - a long-established artistic centre of Europe, and a meeting point for internationally-renowned masters.

The spring of 2005 proves no exception: a show of Klimt in the Musee Maillol; “Matisse. Une Seconde Vie. 1941-1954” in the Musee de Luxemburg; and “Neo-Impessionists. From Seurat to Paul Klee” in the Musee d'Orsay, to mention only the most impressive examples. 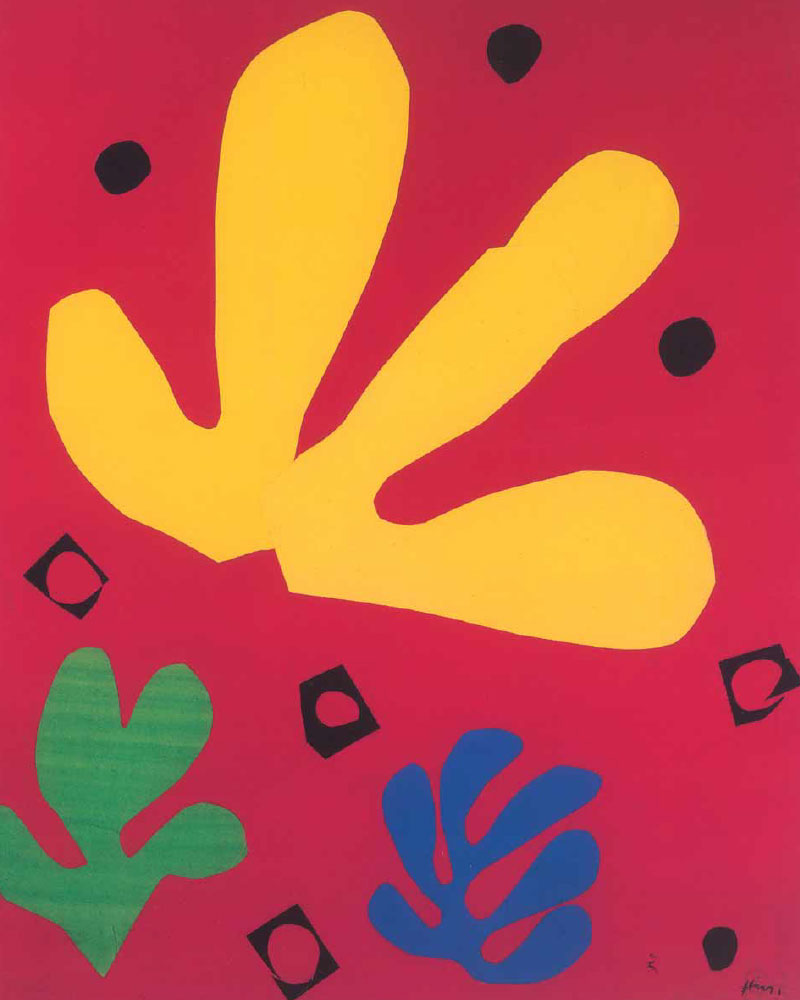 Intimate as they are, and not meant for the public eye, Klimt's drawings can be regarded as his diary. The exhibition in the Musee Maillol brings together for the first time 120 drawings of exceptional quality; it is a great event that reveals the most intimate part of the artist's work. 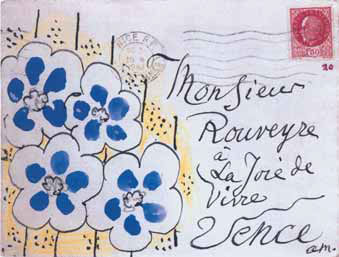 Matisse in the Musee de Luxemburg, displaying the artist's bold and colourful works will create - as the show's advertisements declare - the “art event of the season”. 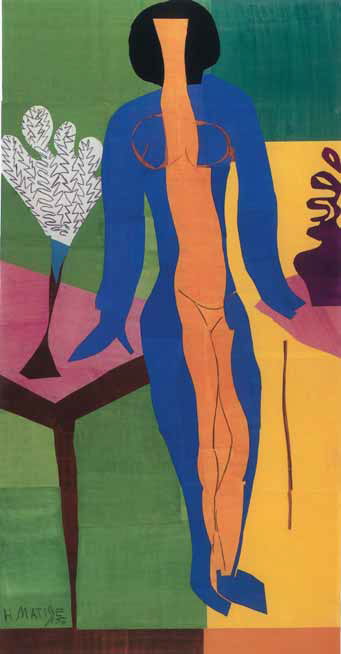 Over 100 works by Matisse are on display in an exhibition which opened on March 16 2005, some of them never before exhibited in France. The exhibition was inspired by 1200 letters to Matisse's friend Andre Rouveyre, whom Matisse first met in the studio of Gustave Moreau. Their later meeting in 1941 launched a correspondence which was really intensive (sometimes they wrote to each other several times a day), and became an invaluable source of Matisse's ideas and thoughts in connection with the late period of the master's creative activity. Matisse also illustrated his letters with sketches. All this gives the viewer a brilliant opportunity to become acquainted with the artist's magnificent archive of letters alongside the works they describe. The whole exhibition sheds a new light on Matisse's personality as well as on his working process. 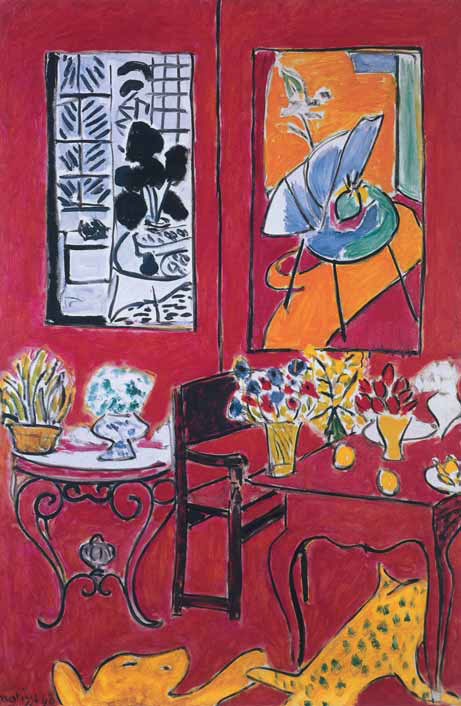 The artists concerned depicted the world around them: landscapes (from the city, suburbs or the seaside) and contemporary everyday leisure life, seeking their own medium of artistic expression. 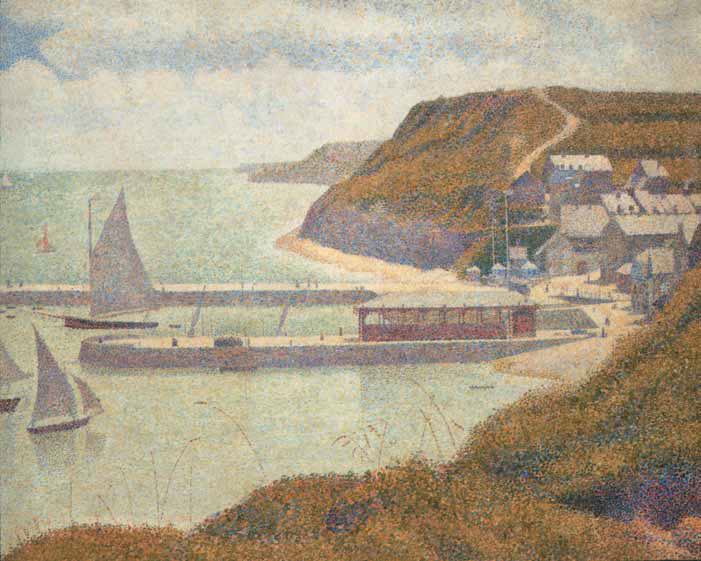 The movement originated from the early 1880s when George Seurat started to study optics and devised the technique of divided colours: the juxtaposition of minimal strokes of primary colours on the canvas created the “optical mix” in the viewer's eye. The paintings by Seurat, Signac, Camille and Lucien Pissaro were first exhibited in 1886. Soon they were joined by Albert Dubois-Pillet, Maximilien Luce, Charles Angrand and Henri-Edmond Cross. The movement spread quickly and was echoed in Belgium (with Theo Van Rysselberghe, Willy Finch, Henry Van de Velde and George Lemmen), and in Holland (Jan Toorop), as well as Germany, Switzerland and Italy. 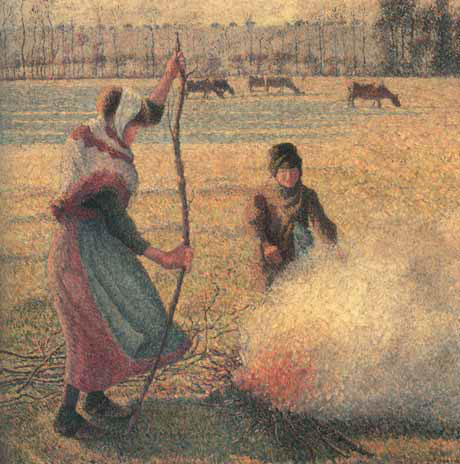 The exhibition pays tribute not only to the artist-founders of the movement, but also re-establishes the reputation of painters who have long fallen out of the public eye. It is focused around the formal innovations of Neo-Impressionism: two-dimensionality, geometry, rhythm, arabesques, light and colour.

The “TretyakovGallery” Magazine thanks “Connaissance desArts”, Fondation Dina Vierny-Musee Maillol, Musee d’Orseyfor permission to publish the materials in Russian. All are presented in Russian in a reduced form. 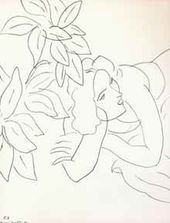 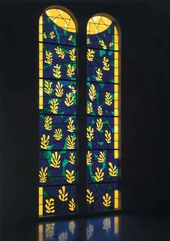 Double Portrait of Apollinaire and Rouveyre against a Black Background. 1950
Linocut. 11.5 by 20 cm
Jean-Claud Lantelme Collection 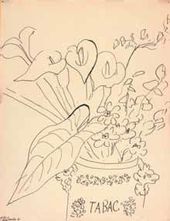 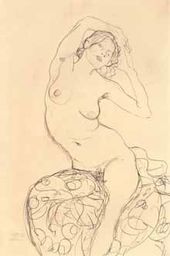 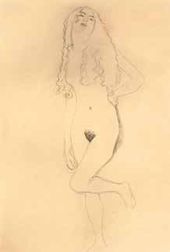 Nude Crouching and Looking through Her Hair. c. 1907
Blue pencil on paper 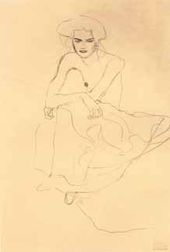 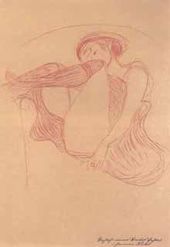 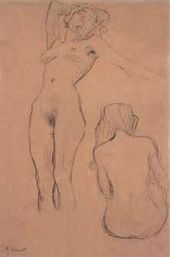 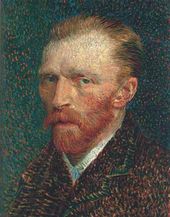 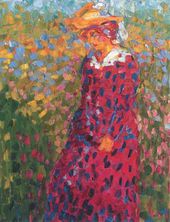 Lucien PISSARRO. Portrait of George Pissarro in the Studio of Camille Pissarro. 1887
Oil on canvas. 64 by 80 cm
Indianapolis Museum of Art, donation in memory of Robert S. Ashby 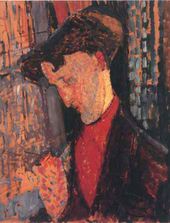 George SEURAT. Study for the Painting “Summer Sunday Afternoon on the Island of Grande Jatte”. 1884–1885
Oil on canvas. 70.5 by 104.1 cm
The Metropolitan Museum of Art, New York 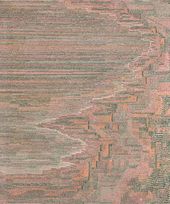