ONE CAN SAY THAT THE M.A.VRUBEL OMSK REGIONAL MUSEUM OF FINE ARTS STARTED ON DECEMBER 21 1924 WHEN THE WESTERN SIBERIAN REGIONAL MUSEUM OPENED A PICTURE EXHIBITION IN ITS MAIN LOBBY TO THE GENERAL PUBLIC. THE GALLERY SHOWCASED I.K.AIVAZOVSKY, I.I.LEVITAN, K.A.KOROVIN, V.D.POLENOV, I.I.SHISHKIN, V.E.BORISOV-MUSATOV, V.M.VASNETSOV AND A.N.BENOIS AS WELL AS OTHER WELL-KNOWN ARTISTS. BY THE TIME OF ITS INAUGURATION THE COLLECTION INCLUDED 100 PAINTINGS, THAT UNTIL TODAY CONTINUE TO BE ITS CORE AND MAIN PRIDE. 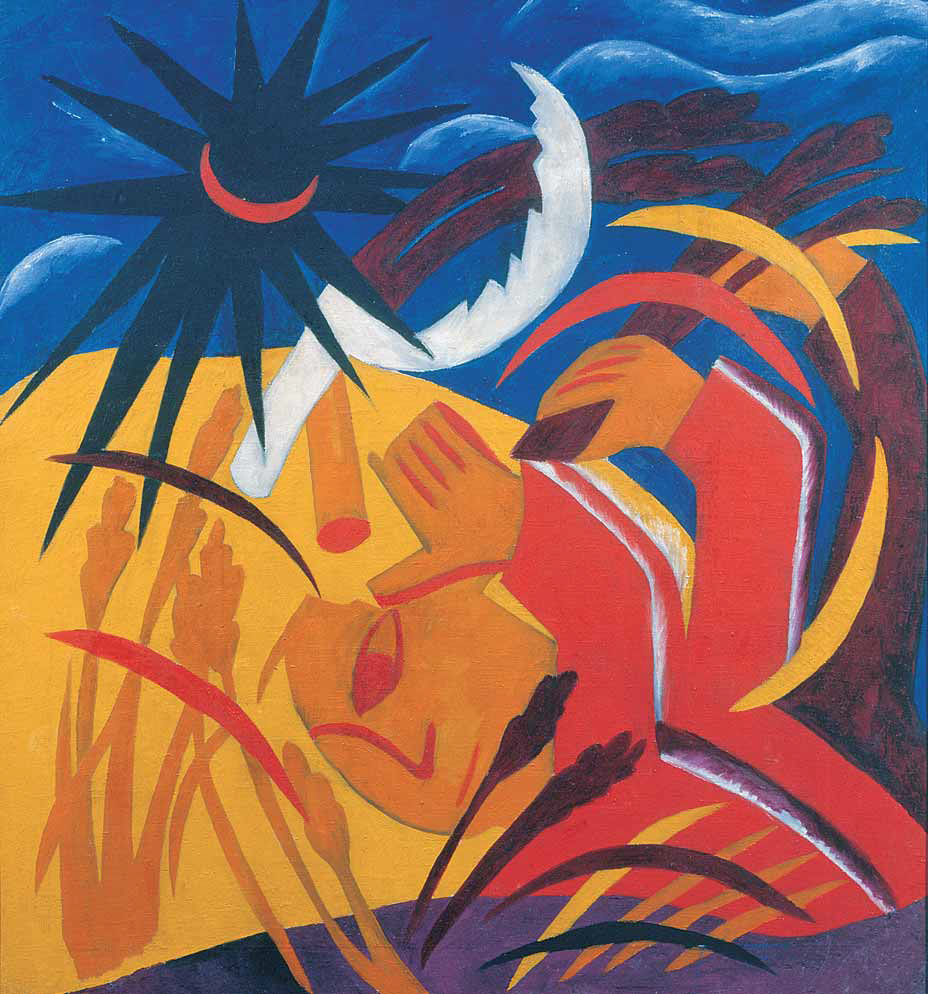 N.S. GONCHAROVA. Harvesting. Fragment of a composition consisting of 9 parts. 1911

From 1923 to 1929 the Regional Museum was headed by Fyodor Vasilyevich Melekhin (1882-?), who played the role of father to the picture gallery. His energetic and rigorous leadership made the idea of creating a major cultural centre in Siberia possible, despite the fact that it had been so remote during the years of the Civil War. From 1924 Omsk reguested first-class works of visual and folk art from Moscow and Leningrad. N.K. Roerich, who happened to pass through Omsk in 1926 while on his famous trans-Himalayan expedition (1923-1928), made a note in his travel diary referring to the local museum as "a rich collection of pictures, skilfully selected in order to represent the development of the Russian school".

In 1932 the collection expanded with avant-garde masterpieces: V.V. Kandinsky, D.D. Burlyuk, A.G. Yavlensky. The State Tretyakov Gallery shared with the museum its painting and graphics by Russian artists of the 19th-20th centuries: V.Ye. Makovsky, F.A. Bruni, A.A. Ekster, N.S. Goncharova and M.F. Larionov. At the same time the Western European art section expanded and a separate exposition of artworks from China and Japan was created.

In 1940 the picture gallery broke away from the Western Siberian Regional Museum and turned into the Omsk State Museum of Fine Arts.

A valuable part of its collection is dedicated to iconography, with very special icons from the Urals and Siberia. One of its jewels is the unique "Our Lady of Abalak. Sign," which is a 19th century copy of an ancient Siberian icon painted in 1637 by the protodeacon father Mathew for the church in the village of Abalak near Tobolsk. For many centuries "Our Lady of Abalak" was considered the symbol and patron of the Orthodox faith in Siberia.

The collection of painting of the 18th-19th centuries has many artistic merits, and is very diverse as far as the genres and styles represented. The work of the "Peredvizhniki" movement is represented most fully, tracing back through its full history. The gallery of works by neo-academists who continued the traditions of classicism and romanticism is no less fascinating. 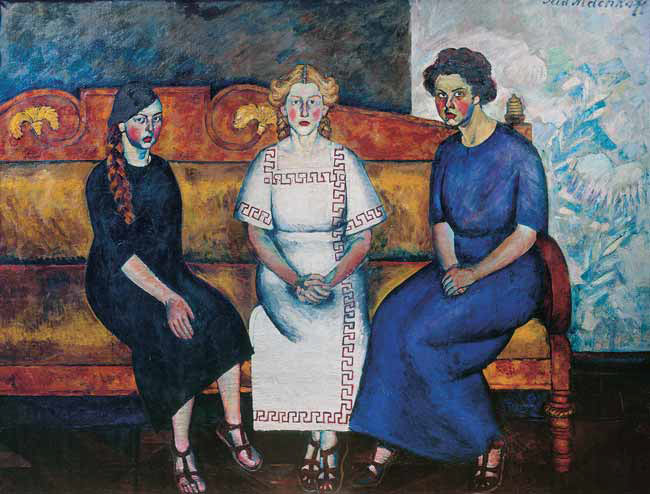 In 1996 the Omsk Museum was named after the Omsk native, and great Russian artist, Mikhail Alexandrovich Vrubel. The three decorative panels "Flowers" of 1894 that he painted for the Dunker family are exhibited in the central hall of the museum, the only monumental artwork by Vrubel in Siberian collections. 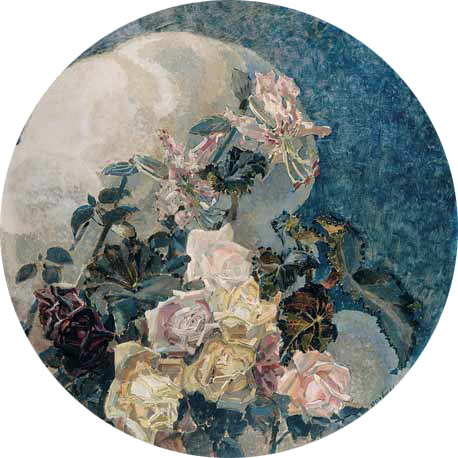 M.A. VRUBEL. Roses and Lilacs. Panel from the composition "Flowers". 1894

There are some rarities in the Omsk Museum which testify to the high artistic, historical and scientific value of the Museum's general collection, among them archaeological findings from Western Siberia, some of which date back to the 2nd century BC.

The M.A. Vrubel Omsk Regional Museum of Fine Arts occupies two buildings: the former residence of the Governor-Generals of Western Siberia and the Steppes built by architect F.F. Wagner in the middle of the 19th century in the neo-renaissance style, and the former City Trade Building erected by Siberian's own architect A.D. Kryachkov at the beginning of the 20th century in the best traditions of Moscow's Empire style. Both buildings are landmarks of the ancient Siberian city. 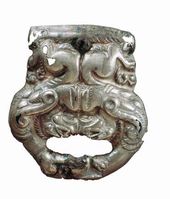 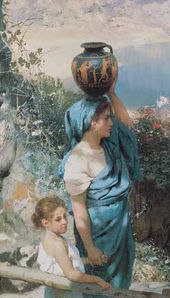 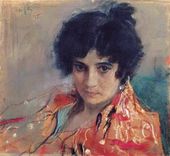 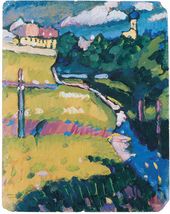