Marc Ash "Tous Ensemble" One and All: A Story with no Finalem

The beginning of Spring marks the revival of life, but also makes us remember all those who were killed at the different fronts of World War II, and those who were turned into "dust and returned to Earth, whence they came", and whose spirits return to us to remind us about the Holocaust... 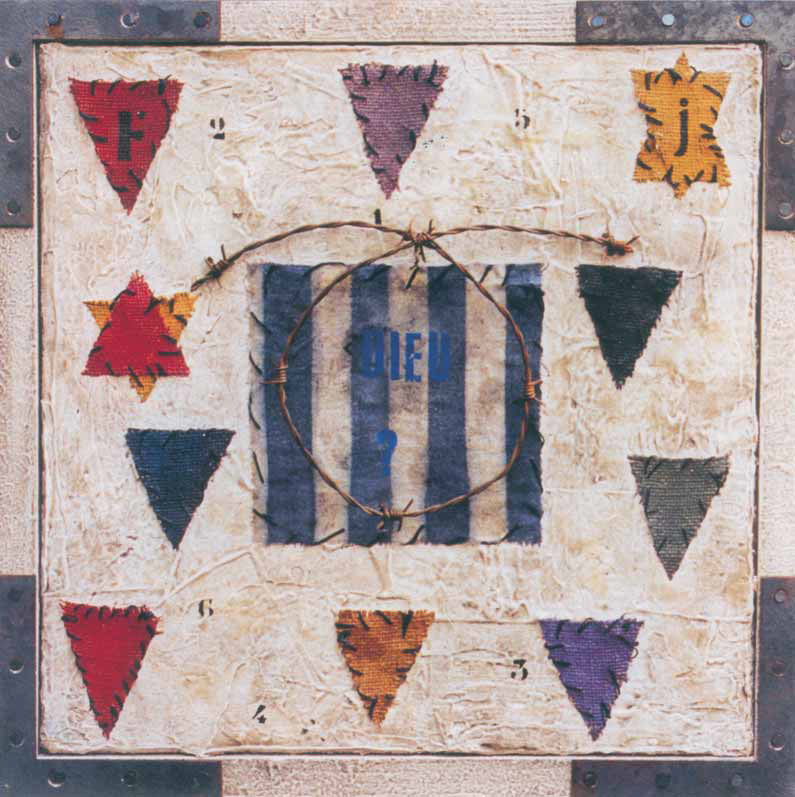 A French artist who over the last decade has attracted increasing attention both in his homeland and abroad, Marc Ash has created a series of works, "Tous Ensemble", dedicated to the Holocaust to remind us that we are together when we face any global threat to humanity... Marc Ash's canvases speak on behalf of those who perished. The picture that lent its title to the series introduces special marks – the "ID"s of the prisoners - Jewish, French, Polish, Russian. All those who happened to be together at the same concentration camp.

This series is a combination of paintings and installations which sends a special message from the artist to the viewer: art is communication - emotional, anxious, interested and invaluable. It is to pass on the most essential elements of the present time to our contemporaries, to pass on something immaterial and voiceless which burns in the heart of the artist. Babies, girls and boys, women and men, grandmothers and grandfathers - who perished in the fire of crematoria in concentration camps all over Europe - who could not escape - but whose cries and screams still ring in the hearts of the living, and will be heard by those yet to come, those still coming to life.

Marc Ash's art is classified by some art critics as "neo-materialism". It is true that he does give everyday objects a new material implementation so that they acquire a new meaning and quality. The surface of Ash's works "speaks" for itself and for the artist, as something tangible, raw and coarse. He gives a second life to things that have witnessed the tragedy of their owners and survived: eye-glasses in their metal frames, forks and spoons, prisoners' robes and dentures. It is the mute evidence of the crime; the undisputable evidence of human tragedy.

Marc Ash's artistic language is laconic and expressive. His canvases are marked with an inner tension, intensified by the usage of different objects which act as a kind of a collage or inclusion, and giving his paintings another quality - that of an "assemblage".

Ash uses strips of barbed wire to indicate the horror of the inevitable, and to associate it with the thorns that crowned the head of Christ (the central part of the work "Tous Ensemble"). The installation "Des Roses pour les Justes" (Roses for the Just) is an ever blood-red tomb, with roses that are growing - contrary to what is possible- from the ashes. Thus he constantly plays on the meaning of his own surname: "ash=ashes=dust". He creates a series of works with the title "Poussiere d'Etoile" (Dust of the Star, hinting at the Star of David turned into ashes) - a horrifying scene of the crime with objects acting for those who once were alive... Time stops, in direct confrontation with the evil forces aimed at killing God's blessed life; but evil cannot kill the human soul.

Marc Ash opened his soul to communicate with the souls of the dead; this communication is stressful, painful and exhausting. What he managed to make with his hands and heart is really worth "feeling" - the verb "to see" is too weak to express the emotions of the viewer.

Marc Ash's canvases are forceful and expressive, sometimes reminding the viewer of Goya, Dix, Grundig, Picasso, Grosz, Neizvestny, Sidur, Zadkine and others who have spoken loudly of the atrocities of war. The very theme of Holocaust made Ash play in the slippery field of politics. But Ash never allows himself to use the political visual vocabulary. The surface of the canvases seems to become a tender sensitive skin of the artist himself, on which tortures, hunger, cold, fright, humiliation have left the timeless marks - like the numbers pierced on the skin of the CC prisoners. And this is to be remembered.

"We might forgive, but never forget", - therefore, this story is one with no finale.

At Marc Ash's exhibition last year there was a tree with branches covered with the notes of visitors. I left a short note too. It said that my father- Ilya Kamenkovich - devoted his postwar life to the history of the Holocaust in the USSR and to its survivors; and that according to his will his collection of artefacts was donated by his widow and two daughters to the United States Holocaust Memorial Museum in Washington, D.C.

We will never Forget. 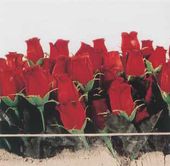 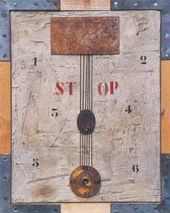 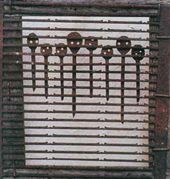 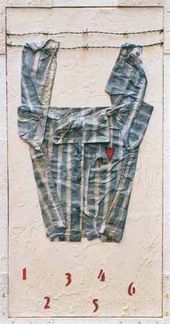 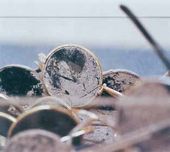