"I WOULDNХT LIKE TO FLEE AWAY FROM MY OWN SELF"

THE TRETYAKOV GALLERY ENGINEER PAVILION MARKED THE 150TH ANNIVERSARY OF THE TRETYAKOV’S COLLECTION WITH THE PHOTOGRAPHIC EXHIBITION CALLED "TRILOGY: LEV MELIKHOV, VALERY SIROVSKY, SERGEI YASTRZHEMBSKY", A PART OF "THE TRETYAKOV GALLERY SESSIONS" PROJECT. LEV MELIKHOV, THE ACCLAIMED MASTER PHOTOGRAPHER WHOSE WORK HAS BEEN SHOWN AT OVER 100 EXHIBITIONS, AND WHO WAS NOMINATED FOR RUSSIA’S 2003 LITERATURE AND ARTS STATE AWARD, PRESENTED HIS BIRD’S – EYE VIEW COLOUR PICTURES, MADE FROM ON BOARD A HELICOPTER, IN WHICH THE MASTER MEANT TO CONVEY THE VASTNESS OF THE COUNTRY AND THE BEAUTY OF ITS NATURE THROUGH THE IMMENSE EXPANSES OF SIBERIA. BY CONTRAST, VALERY SIROVSKY, A PROFESSIONAL TRANSLATOR WHO KNOWS AND ADORES ITALY, WAS REPRESENTED BY HIS AMAZING ITALIAN LANDSCAPES, WHICH ARE BOTH WARM IN SPIRIT, AND DOMESTIC, AND TOUCHING IN THEIR CONCEPTION. AND SERGEI YASTRZHEMBSKY, THE AUTHOR OF THE SENSATIONAL "ROOFS OF THE MOSCOW KREMLIN" SERIES, CHOSE TO FEATURE HIS MOST RECENT, PRACTICALLY "FRESH FROM PRINT", WORK – MAINLY LANDSCAPES AND ARCHITECTURAL STUDIES TAKEN IN EUROPE AND RUSSIA. THE FACT THAT THE THREE MASTERS, DESPITE BEING ABSOLUTELY DISSIMILAR IN STYLE, HAD JOINED TOGETHER IN NO WAY GAVE RISE TO A DISHARMONY. EXACTLY THE OPPOSITE: THE RESULT WAS A FASCINATING BALANCE, UNITED BY ITS "THE EARTH IS SHARED BY ALL" LEITMOTIF.

Tatyana Pynina, "The Tretyakov Gallery Sessions" initiator and curator of the "Trilogy" show interviews one of its participants, Sergei Yastrzhembsky.

Last year, when I first saw Sergei Yastrzhembsky's photos, I realized that for him photography was not just a matter-of-fact hobby of a prominent politician. And that, naturally, prompted the following question: Was it only by chance that he took up and mastered photography, then began to show his work publicly? I launched my interview asking Sergei Yastrzhembsky about his family, environment and background.

- I think it's true: there are undercurrents in everything. Any family has influences from generation to generation. When I was a young man, I was not much interested in my ancestors. But I remember, at home, I was sometimes told that my great-uncle, whose pictures hang on the walls of my home and the homes of my relatives, belonged to the artistic circle of the Russian "Silver Age”, and that his work is also in the Tretyakov Gallery collection. As for my family environment, it was certainly interesting: a combination of aviators and museum workers. One of my grandfathers, Andrei Stanislavovich Yastrzhembsky, a well- known university Professor and a Doctor of Science in aviation, was head of the Thermodynamics Chair at the Zhukovsky Aviation Academy. My other grandfather, Ivan Nikolaievich Vinogradov, was back in the time of the Russian Empire, a Commander of the Russian Aviation Squadron, after Pyotr Nesterov's tragic death. My father, a Colonel, worked as a military aviation engineer for the famed MIG Corporation for most of his life, and finished his career with what is similar to ROSOBORONEXPORT today, a state military export company. As for the museum business, in the 1960s and 1970s my uncle Lev Andreievish Yastrzhembsky was curator of the History and Reconstruction of Moscow Museum, while my maternal grandmother was director of Moscow's Gorky Park - which, strictly speaking, cannot be called a museum, of course, but is nevertheless an object of culture. Later, she became director of a large library. My mother, a historian by training, worked in the Lenin Museum in Moscow. So she was a kind of museum worker, too. Who or what has influenced me is certainly difficult to say. But everything seems important in making up a person's background, especially in childhood.

-   You must have grown up in an atmosphere of books and art?

-  Certainly, we had many paintings at home. A superb library, too. I remember increasing it by collecting books of my choice from quite an early age. In my family, at whatever festive occasion - a birthday or anything else - a book was always the best present. Books were read and re-read, and made up an essential part of our lives.

-  When did you get familiar with a camera?

-  I bought my first camera in Prague in 1980. I was 27. My father was good at photography, and used to shoot amateur films. He also had good artistic taste, and could draw beautifully. As for me, I bought a camera just to comment on the events of my life in a new place, abroad.

-  Well, if you ask about art, my contribution to that field is far from certain, and leaves room for critical scrutiny, I think. Is there really any "art" in what I do? I am still not sure that I see it as art. But, as for my professional interest in photography, it came much later. It started with a desire to find better education in the field. Luckily, I met Lev Melikhov.

-  How did Lev Melikhov teach?

-   Lev gave me a few very useful lessons. At first, in my opinion, he chose the best form of teaching: watch what I do, and learn. He explained his pictures, saying why he had chosen one shot angle rather than another, why he was shooting in this way rather than that. It was curious: I understood that a photographer could have an absolutely different vision of the surrounding world, and take pictures in a way that was completely different from how I used to do it, on a hunch. Then we had just one joint shooting session. We were practising outside, in the courtyard of his studio and he proved that one did not need to go far away to take an eye-catching photo. A whole range of interesting subjects were there right next to you. I felt a little stupid going with my camera out into the yard, literally to the rubbish bin, looking for some - God knows what - angle: plasterwork peeling off the wall, pieces of wire running like snakes down the wall. I remember the superb play of light and shadow that day, which made my task easier. Lev encouraged me to see all such things, such trifles, in a new light, to take pictures of what, actually, he saw in them. "Can you see that knot of wires on the wall?" he would say. "How would you photograph it? Let me photograph it first, and then you take your picture of it." Later, when we were looking through the pictures to compare them, we found that some almost appeared to be taken by one and the same photographer - that is the shot angle, scale, composition, all such aspects turned out to look practically the same. Lev Melikhov made me see details which had previously escaped me.

-     To many things, of course. He shaped my vision of a photographer, made it structured: before it had been such a flabby sort of stuff, a kind of photographic "automatism". He attached a certain harmony, polarity and acuity to my camerawork. He introduced me to a variety of photo techniques, improved the composition of my pictures, pointed to the importance of proportions and planning. In a word, he introduced me to a number of things which I had not reckoned before as important. But the major thing was that, running through his own pictures, Lev was training me that way. The only faculty that nobody is able to teach you is an inner sense of nature. It must be - originally - your's.

-     I understand, as a photographer, you are keen mainly on the landscape, strictly speaking, the urban landscape?

-     I find it interesting to take pictures of the same objects at different times of the day, in different lights, and watch the sun's glow change architectural forms, arabesques or other intricate features with its play of light and shadow. What is also interesting is the reflection effect, no matter on what surface - water, glass, plastics. Shadows look fascinating.

-     And people? Do you have any interest in people as a subject for photography? Or you are tired of people in general and see them as a nuisance?

-     I must be feeling something of the kind, subconsciously. Or rather, it is not they who are a nuisance, but me. I mean people feel uneasy when they see a man known from the television screen studying them. And, more than that - taking pictures of them! People stop, start staring at you in surprise, come up, ask you questions. I don't mean there is anything bad in that as such. It must be normal - a natural human reaction - to be curious. Also, such portraits must be really superb if they are to be displayed publicly. I think, I should gain experience in taking good pictures of what I am photographing now. Later, perhaps, I will move towards portraiture. Why not?

-     It takes huge time and patience to take pictures of animals. Moreover, such shoots need special arrangements: it is a great deal of trouble, and an uphill task. Those who take up shooting wildlife need to be absolutely free from any other job. They should be ready to devote themselves to nothing else. As for me, I physically don't have time for that.

-     Are you ambitious as a photographer?

-     Anything I do involves ambition somehow or other, I think. If I take up anything new, I always strive for a good result, if not the best.

-     That means you intend to keep on taking photographs for exhibitions and writing books?

-     For a while I would like to be good at my professional duties. This ambition is of primary importance for me.

- But you can't say that, for you, photography is just a hobby?

-     Of course, photography is my medium. You get an impulse from what you see. The impulse transforms and originates into a kind of feed-back. That immediately sends you itching to imprint what has provoked your emotions. Photography makes me feel like a sportsman.

When I can shoot something new, something no one has been able to take a picture of before, I see my chance to make something special. It arouses my faculties, brings on the adrenalin - and I feel devil enough to do it.

-      Why did you choose to participate in the exhibition under your own name - one that is well known, and may provoke a biased judgment of your work? Would it not be wiser to disguise your work with a pseudonym?

-     I did not think of assuming a pseudonym because I was not going to show my pictures publicly. This show... It was a matter of chance. It doesn't mean, of course, that I will stop taking photographs - I wouldn't like to flee away from my own self. Anyway, I can always tell the distinction between sincere praise for what I am doing from, say, praise that is motivated by politics. If I take part in other shows in the future, I will do so under my own name. It's another matter to enter a photographic competition anonymously, like all the other competitors: that is a real challenge. That is why I enjoy participating in "The Silver Camera" competition now.

For me, it was crucial that, from the very start, I was encouraged by absolute authorities in photography. Also, the fact that the Tretyakov Gallery was hosting the photography show that included, among others, my pictures, was very stimulating, of course. I am sure the Tretyakov Gallery wouldn't have risked their reputation to invite just anyone, regardless of his or her political importance, to have a show on their premises. That speaks for itself. 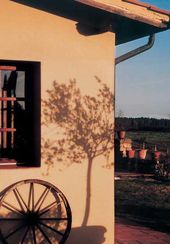 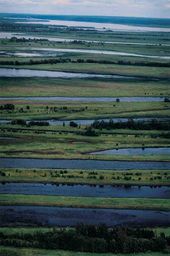 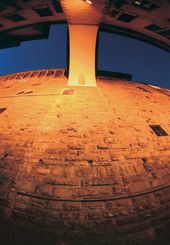