As we mark the 75th anniversary of the end of World War II, and with it Soviet Victory in the Great Patriotic War, we once again witness culture becoming a hostage to political interests and ambitions.

It is impossible to forget the unthinkable human toll of the Second World War - just as it is impossible to revise its aftermath, or to compensate nations for what amounted to the destruction of their gene pools in those terrible years of conflict, or to exonerate those responsible for the Holocaust and the massacre of Russians, Poles, Belarusians and Ukrainians and all the nations and groupings, ethnic or otherwise, that the fascist regime was determined to eradicate.

Such destruction, with the attendant loss of so wide a range of cultural treasures, dealt a brutal blow to the spiritual heritage of humanity.

In this context questions of restitution acquire a special significance, one in which the old ideological and military confrontations that characterized the Cold War now extend to the cultural domain.

Concerns of culture - of the very soul and spirit of humanity - that were until not long ago a secondary, auxiliary element in political strife, today stand at centre stage. As the mass media develops and amplifies its power to influence the process of globalization, attempts to assign certain pragmatic stipulations to the cultural sphere become a warning signal of encroachment on the very humanist essence of our civilization. Unfortunately, questions of restitution, when they involve important cultural artefacts, come to be influenced by the real conditions of politics, becoming a powerful factor in influencing the public consciousness and serving as arguments in shaping the sphere of national interests.

It appears that this very aspect of presenting the problems of restitution is in effect preventing us from putting forward possible compromises and solutions.

As we consider particular conditions for possible discussion - for necessary discussion, indeed, for all parties - we have to point to the many publications that quote international conventions, various legal documents, as well as proven facts and data regarding the losses suffered by all parties caught up in the flames of World War II. For the most part, these materials have to do with general issues and offer some diverging approaches to an open discussion of the issue.

Nevertheless it should be noted that certain current tendencies aim to widen the agenda, to “invigorate" discussion, and to introduce, alongside a fact-based analysis of the more controversial aspects of the subject, a range of expert opinions. The latter are not beholden to the current political environment and the paradoxes of history, but are rather interested in a comprehensive discussion of both the issue of restitution in its global sense, as well as certain more private and local aspects of the kind that have so far not yet become the subject of international accords. Some of these issues involve the rights of individuals to inherit works of art, as well as determining both who their current owners are and whether such ownership is legitimate.

In fact, the fate of a significant part of such “spoils of war", still in private hands today, remains unaccounted for: the examples of such private collectors who have made public their ownership of such “confiscated" art are few indeed. The most significant such cases in the 75 years that have passed since the end of World War II have been in the public sphere, principally the return in 1956 of masterpieces of Dresden's Old Masters Gallery found in 1945 by the Soviet Army to that city, as well as that of the Pergamon Altar to Berlin that followed in 1958. Subsequently, on a private level, there was the return in 2000 of 101 Old Master drawings from the collection of Viktor Baldin to the Kunsthalle Bremen, effected simultaneously with the return to Russia of the Amber Room mosaic panel from the Catherine Palace in the town of Pushkin (formerly Tsarskoye Selo), which was purchased by a Bremen businessman from a private owner in Germany. There was also a transfer of historic books from the wartime acquisitions of the All-Russian Library of Foreign Literature to the University of Amsterdam.

A large number of important works of art and historically significant artefacts found their way into various, mostly military institutions in Russia, the United States and the United Kingdom, with information about their whereabouts yet to be made public - itself a subject for separate research and discussion.

Naturally, it would be unjust to settle such issues unilaterally. First and foremost, we need governmental institutions to show goodwill and initiative, as well as the support and assistance of private individuals and cultural organizations, in whose possession such appropriated works of art or other objects of cultural heritage are currently to be found.

The government of the Russian Federation has laid the groundwork for all such state-owned “special asset funds" to be opened to experts and specialists in restitution for research, as well as to scholars, historians, art historians, archivists and representatives of the media. Many of these artefacts, hidden over the decades behind doors that were firmly closed, have already been shown to the public at exhibitions held by institutions such as the Hermitage and the Pushkin Museum of Fine Arts, as well as other museums in the Russian regions. Thus, in 1996, some 50 years after the end of World War II, the Pushkin Museum of Fine Arts held its exhibition “The Treasure of Troy. Heinrich Schliemann's Excavations".

The Russian Federation has unilaterally returned important works of art, books and historical documents to Germany, France, Liechtenstein, Hungary and the Netherlands, including the library treasures and Old Master drawings repatriated respectively to Amsterdam and Bremen.

While in the early decades of post-war history such restitutions were mostly reciprocal, an atmosphere of disengagement seems to mark our time. To overcome this, we need to be open to straightforward discussions and proposals from cultural figures, museum representatives, art experts and archivists from all countries that share an interest in a fair solution to the issue of repatriating those cultural treasures displaced during World War II.

However, the efforts and proposals that such figures from Russia have so far presented to their colleagues, primarily those in Germany, have yet to receive a proper response. This has made discussing restitutions outside the level of “legal framework", at a non-governmental level, more difficult, at a time when the need to resolve such general humanitarian problems and challenges, questions about the future coexistence of the nations of Europe, as well as promoting mutual trust and benefit among various cultures, is becoming more and more acute.

As we look for solutions to the most controversial and painful issues of cultural restitution, bringing these “lost" treasures of world art back into the focus of public discourse worldwide, both among specialists and the everyday citizen, appears especially meaningful.

Such an approach not only demands political will, but also requires a profound shift in how the concepts of “conqueror" and “victor" are understood. Since the time of Ancient Egypt, of Alexander the Great, of Hannibal and the Punic Wars, as well as more recently with the Napoleonic Wars, the victorious conqueror had an undisputed right to the spoils of war, including works of art considered as “trophies". The position of the Soviet Union and Russian Federation provides the most convincing example - most notably, from a humanitarian point of view - of magnanimity and goodwill, respect for and conservation of the cultural values and heritage of other nations. No one should forget how at the end of the war, at the cost of the lives of hundreds of thousands of Soviet soldiers, European cities such as Krakow, Vienna and Prague were saved from destruction.

Cultural heritage can serve not only as an instrument of mutual spiritual enrichment, but all too often it becomes instead a matter of political or economic manipulation. The global community as a whole should take on the challenge to refresh humanity's collective memory, to restore the role of culture and art as the perpetual source of our evolution as a civilization, and to preserve those timeless traditions that embody the experiences of the world's great societies throughout history.

The 75th anniversary of the “Great Victory" in World War II marks a historical landmark that defines the whole post-war world, providing us with a special occasion to contemplate those mistakes which we have made when we have judged ourselves and our past. Our common obligation to remember that past is not a call for vengeance, but rather an obligation to honour the everlasting memory and valour of those who died in the Great Patriotic and Second World Wars, and to remember who the true winners were: those who saved the world and liberated the nations of Europe from the horrors of fascism. 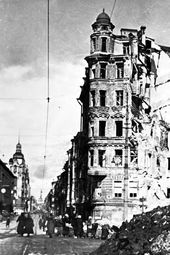 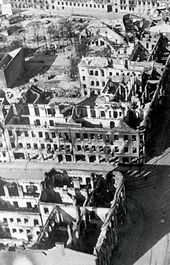 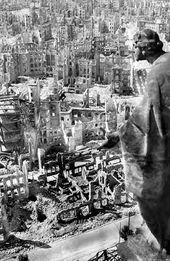 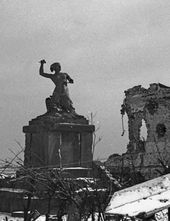 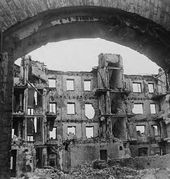 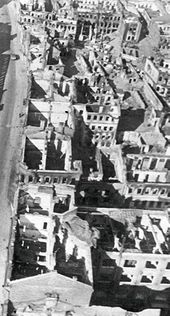 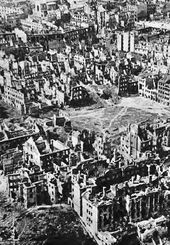