The Painters of the Baltic Fleet 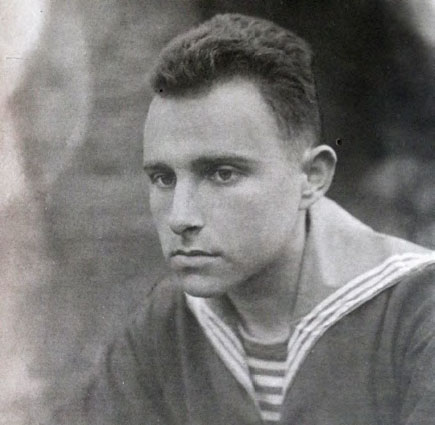 Born in 1922, Yevgeny Voiskunski is a veteran Russian writer. In 1940, as a second-year student at the Academy of Arts in Leningrad, he was called up to serve in the Red Army. This piece, drawn from his article “The Baltics in the Works of Literature and Art", is dedicated to the work of war artists in the Baltic Fleet during the Great Patriotic War. It was published in “Baltic Sailors in Battles at Sea and on Land. 1941-1945" (Moscow, 1991. Pp. 443-471).

One day a sailor from the marine paratroopers of Captain Granin came to the basement where our “Gangut" newspaper editorial office was located. The sailor was Boris Barkhatov, one of the bravest paratroopers. The artist - Boris Ivanovich Prorokov - sat him down in his den, and started to draw, but then the shelling would start up. The shells exploded in the courtyard of the headquarters where the “Gangut" office was. In the basement the lights went out, doors slamming everywhere. Prorokov lit a kerosene lamp and said to Barkhatov, who had jumped to his feet: “Sit back down. There's light enough." The basement shook from the powerful explosions close by, black sand pouring in from the plank ceiling onto the unfinished drawing. “Okay, draw away then," the sailor grinned. “Just don't write to my parents that I died in a newspaper office. Tell them it was on a landing attack." 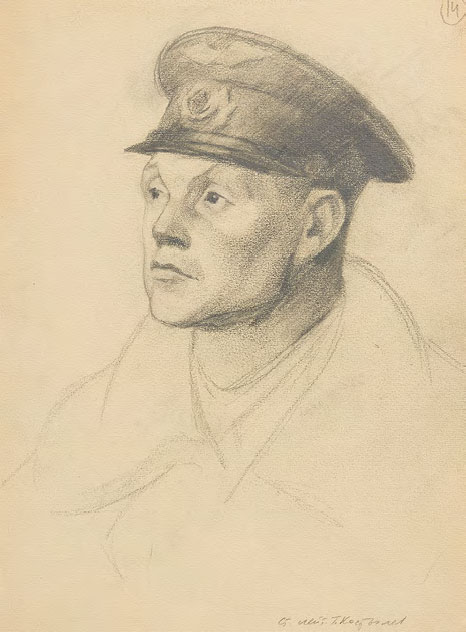 The “Red Gangut" was a daily newspaper and every day there were Prorokov's drawings, portraits of the heroes of the defence, and biting caricatures in the “Gangut Laughs" section. There was no zincography or photo-engraving at Hanko, but there was a lot of linoleum - it was torn from the floors of the houses in town that had been destroyed by artillery fire. Boris Ivanovich cut all his drawings in linoleum, the linocut nailed to a wooden block replacing the usual zinc stamping. The captions for the cartoons were written by Mikhail Dudin, a Red Army soldier, who went on to become a famous Soviet poet. They were an extremely successful duo.

Prorokov and Dudin's work at Hanko, I think, was rather like Mayakovsky's famous “Windows of ROSTA" [the series of satirical posters produced in 1919-1921 by the Russian Telegraph Agency, ROSTA]. That “rough language of the poster" proved itself in the martial “fighting" art that
showed itself on the bridges of the ships, in the “red corners" of the batteries, forts and air regiments - all over the Baltic fleet, in fact, across all its operations.

Boris Ivanovich's drawings made in Leningrad during the first winter of the siege such as “Over the Water. The Neva. 1941" perhaps say more about the siege than any book has managed, with its line of people, exhausted by hunger, moving towards a hole in the ice on the Neva... Or the tragic figure of a woman, without a trace of strength left, going down the steps from the embankment, next to an empty bucket... All his life he was searching, with a tension, for new means of artistic expression, and the war never let go of him, it kept him all his life with the terrible headaches that followed his concussion, and the sharp ups-and-downs of his blood pressure.

Overcoming that physical suffering, he would stand at the easel and continue to wage his battle - a battle with the dark forces that generate war, that smash up beauty and everything that is good in life. The heart of a tribune was beating in Prorokov's chest. He wrote in his diary, “I take up my brush with a dream of making some beautiful composition, but in just half an hour the passion of agitation, its terrible cruelty, has taken everything over." And later: “Realism is not what is drawn correctly, but what makes the correct impact."

The artist Solomon Samsonovich Boim did some really good work in the Baltic Fleet. It wasn't the first time he was at war: as a young man, Boim took part in the Civil War. He was in Kronstadt from the very first days of the Great Patriotic War. A true professional as an artist, he not only drew a lot from life, from nature, but was also really enthusiastic about his propaganda work - all of it tried and tested by that same “rough poster language". Boim served as head of the group of professional artists at the Fleet Political Administration.

At the first exhibition in the House of the Navy in Leningrad, organized during the siege, in 1942, there were not only drawings, but several oil paintings too. These were a sketch by Yakov Romas “The Cruiser Kirov Crushing the Enemy" and works by Anatoly Treskin - his painting “Landing of the Paratroopers" and portraits of the People's Commissar Nikolai Kuznetsov, the famous Baltic pilots Antonenko and Brinko and the legendary Captain Boris Granin. “The Red Banner Baltic Fleet Defending Leningrad" by Ivan Titov was one of the most popular exhibits, as well as his “Breakthrough", “During the Winter Siege" and the like. The popular artist Titov had another exhibition aboard the battleship “October Revolution".

The artist Sofia Vishnevetskaya, the wife of the well-known writer Vsevolod Vishnevsky, created watercolours such as “In Besieged Leningrad", “Submarines on the Neva", “Days of the Siege on the Neva", “Fort N. is Firing". Yury Neprintsev was an active member of Boim's group, thus he participated in the 1942 exhibition with his graphic portraiture of the Baltic snipers. As for the artist Georgy Vereisky, he was represented by his drawings - portraits of sailors from the mine-layer “Marti", from the combat boats, called “sea hunters". The siege exhibition also showed watercolours by the Leningrad artist Georgy (Yury) Petrov, who died in action in 1944, the drawings of the Red Navy sailor E. Zhulidov, and the sketch “Squadron on the Campaign" by the Red Navy sailor N. Timkov alongside a series of his gouaches.

We should also note the brilliant work of the cartoonist Lev Samoilov in the navy newspaper “Red Baltic Fleet". Before that, during the war with the White Finns [the Winter War], he had come up with the satirical section of the paper, titled “Polundra" (Watch Out!). And those sharp cartoons of Samoilov appeared regularly in “Polundra" throughout the Great Patriotic War, ridiculing the enemy. The texts were written by the writers Vsevolod Azarov, Nikolai Braun, Anatoly Tarasenkov, and the cartoonist himself. 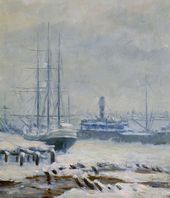 Solomon BOIM. Outside a Bakery. From the series “Leningrad during the Siege”. 1942
Pencil and watercolour on paper. 32 × 38 cm