Work is the Universal Pleasure

“Is there a joy more sublime than the joy of creation?”
Nikolai Gogol

The art of one of the most remarkable and brilliant Russian sculptors Anatoly Andreevich Bichukov is an example of spiritual self-sacrifice, selfless devotion to art, and the epitome of the good and the beautiful. For nearly 50 years he has been putting his talent and sense of purpose in the high service of art. A graduate of the Moscow State Art Institute, now the Surikov Art Institute (MGAKhI), where he became a dean several years ago, Bichukov, as early as his college days, won reputation as a singular personality passionately dedicated to art.

A student of the outstanding sculptor and the experienced and thoughtful teacher and intellectual Matvei Manizer, he was learning the mysteries of the craft and professional culture and familiarizing himself with the great traditions of Russian and international sculpture. Bichukov became a worthy successor to his instructors and mentors, thanks to whom he entered the world of large-scale art as a mature artist with an original imagination and a perfect mastery of the sculptor’s craft. Shortly after graduation from the Surikov Institute the young artist started to display at all important shows — in Moscow, regional and Soviet national exhibitions. His works engage the attention of viewers, fellow artists and critics at a first glance, thanks to their mastery in the handling of the form, depth of imagery, and heart-felt sincerity.

Bichukov works with different media, creating indoor sculptures and monumental statues. The breadth of themes covered, and his artistic cogency and historical veracity strike the viewer. Equally apt at handling different media, the young artist modeled statues in clay and gypsum, hewed objects out of granite and marble, and worked with iron, copper and bronze, demonstrating his versatile skills and talent. Very soon he became a leading figure on the Russian cultural scene, on the same plane as the already established masters such as Pavel Bondarenko, Iulian Rukavishnikov, Yury Orekhov, Mikhail Baburin, and Dmitry Ryabichev... Bichukov received commissions from government agencies and non-governmental organizations, participated in competitive bids to create monuments and large-scale memorials in different cities of the USSR; his works were purchased by the Artists’ Union of the USSR, the Ministry of Culture and museums. It was then that Bichukov produced his first important monumental statues. His skills, talent and principled stance won him respect and a position of influence in artistic circles, and secured him a prominent place in art in the late 1960s-early 1970s. His sculptures are marked by the magnitude and depth of his artistic vision, a true patriotism and belief in his people. In 1974 Bichukov became head of the Artists’ Studio affiliated with the Ministry of the Interior of the USSR, which he has been directing for 35 years since; today this studio bears the name of Vasily Vereshchagin, the prominent Russian artist who specialized in battle pieces. Thanks to his talent as an artist and manager, and his qualities as an individual, Anatoly Bichukov has deservedly earned popular confidence.

The varied and original art of the sculptor, his innate understanding of the truth of life and the truth of art, his spirituality and loyalty to tradition — all this is underpinned by the outstanding personality of a true creator and patriotically minded artist.

Bichukov’s early pieces are marked by their harmony, mastery of form and sublime sensuality, emotional depth and verve. The vivid movements of the forms, the expressive molding, compositional structure and light-and-dark modeling of the volume convey the wealth of the sculptor’s visual concepts, his distinct ideas about the models’ character. These qualities are evident both in Bichukov’s portraits and multi-figured, narrative compositions. Bichukov whole-heartedly empathizes with his sitters, and becomes strongly involved with their lives. His imagery is historically determined within the context of a certain time, a certain age. The marriage of lyrical and heroic elements in Bichukov’s art expand our notions and impressions of the realistic veracity in the rendition of the complex and contradictive world around us.

He has a rare faculty to see more and to sense more keenly that which is hidden in the depth of time. This capacity to discover and to foresee is a “trademark” of the art of Anatoly Bichukov — a hardworking, inquisitive and exceptional mind. Reviewing his individual works, we pay attention to those features and qualities that are the most essential components of his work system and creative method. The most noteworthy pieces created in the 1960s include a memorial composition cast in bronze, “In Memory of the Victims of the 1930s Purges”, and a granite monument to the poet Boris Kornilov — both were accomplished in 1968 and grace the town of Semenov near the city of Gorky (now Nizhny Novgorod); a marble statue of Sergei Yesenin (1964); a marble bust “Youth” (1965); “Bronze Head of a Woman” (1967), and some other works from the same period. The pieces are marked by compositional coherence, psychological insights, and historical veracity. At the same time, every work has unique qualities and individual architectonics, and is rich with meaning. In these statues, the dramatic and heroic past seems to resonate with the lyrical interpretation of the characters belonging to the 1960s — a decade of public optimism and confidence in the future. Bichukov’s artwork, regardless of its theme or narrative line, or whether the model is a contemporary or a historical figure, has been greatly influenced, since the artist’s youth, by the poems of Sergei Yesenin, whose verse seems to convey the wealth of sentiment overwhelming the artist:

Oh, my life! Have I been sleeping fast?
Well, it feels like early in the morning
On a rosy horse I've galloped past.

This quotation determines the poetics of the imagery of Bichukov’s best creations, and explains themes seem to permeate all of his artwork.

A versatile artist, Bichukov approaches the facts and events of history and modernity, its cast of characters, its notables and commoners with equal interest. The present, for him, is a continuation of the past, a history of the people’s spirit where nothing vanishes without a trace, and everything is passed down from one generation to another. This is the most essential component of Bichukov’s work — the creator of epic, monumental, heroic and dramatic images, and also of intimate and lyrical ones.

His memorial monuments include “In Memory of the Heroic Civil Aviators Killed during the Great Patriotic War 1941-1945” in Vnukovo, Moscow (1984), and a monument “From a Grateful Russia — to the Warriors of Law Enforcement Killed in the Line of Duty” (1995) on Trubnaya Square in the Russian capital. Portrait memorials include a bronze image of the great Russian artist Arkady Plastov in Ulyanovsk, the painter’s home town (2002), a bust of Ivan Kozhedub in the Hall of Fame on Poklonnaya Hill in Moscow (2001), and a statue of Georgy Zhukov in Odintsovo, Moscow (2001), and, of course, a bronze model of the sculptor’s favorite poet Sergei Yesenin on Tverskoi Boulevard in Moscow (1995); there is another Yesenin statue in the village of Konstantinovo near Ryazan (2007). These works also include sculpted images of the great poet Alexander Pushkin in Alma-Ata, Kazakhstan, and Santiago, Chile, from 1999, which mark the poet’s anniversary.

Other of Bichukov’s special pieces include full-length bronze figures of the monarchs Peter I, Catherine II, Nicholas I and Alexander II — all commissioned by the federal government and made in 2002, for the Oval Hall of the Kremlin Palace.

Symbols of Russian statehood, these monumental pieces are a tribute to the historical deeds of the wielders of royal power over the country’s destiny; the Kremlin’s Yekaterininsky (Catherine’s) hall displays Bichukov’s allegorical statues “Russia” and “Justice”.

Bichukov’s works show his love for Russian history and culture, admiration for the national traditions of the Russian people, the greatness of their spirit and their moral valour. He is also a proponent of the academic school of Realist art, and the range of his works includes numerous portraits, compositions, memorial plaques and monumental compositions, and accomplished drawings. Bichukov is a public figure and a teacher, a vice-president of the Russian Academy of Fine Arts, dean of the Surikov Art Institute and head of the Vasily Vereshchagin Artists Studio affiliated with the Ministry of the Interior. Having educated an accomplished group of first-rate sculptors, he helps to maintain their creative energy and takes care of young artists — the future of Russian culture.

His work as an artist, teacher and mentor, and public figure have been duly appreciated: Anatoly Bichukov is a People’s Artist of Russia, an academician, a winner of numerous national and international prizes. His artwork, which became his life mission, has gained universal recognition. 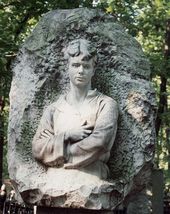 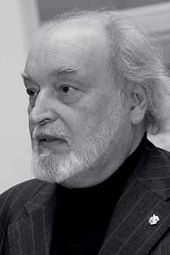 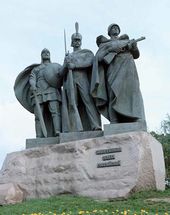 Monument to the Defenders of the Russian Land. 1995
Bronze, granite. Moscow 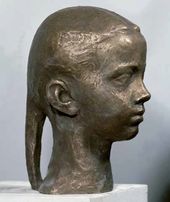 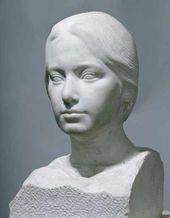 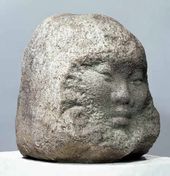 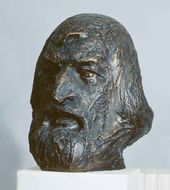 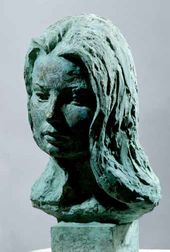