The Tretyakov Family and Ivan Turgenev

Pavel Tretyakov, who all his life helped Russian art prosper and honoured theatre and music, was, undoubtedly, aware of the fact that Russian literature defined Russia’s national culture. Russian literature — distinguished by “ideological inspiration and elevated understanding of the social and spiritual nature of a human being”—corresponded with Tretyakov’s own moral beliefs and civic stance. It is not a coincidence that the images of men of letters occupy the main place in the gallery of the collected portraits of “beloved faces of the nation”. Ivan Turgenev is among them, depicted in three portraits from the Tretyakov Gallery collection: by Kirill Gorbunov (1846), Ilya Repin (1874), and Ivan Pokhitonov (1882). However, Pavel Tretyakov made many more requests to various artists to paint portraits of Turgenev. Tretyakov had negotiations regarding this with Karl Gun, Vasily Perov, Ivan Kramskoy, Konstantin Makovsky, and twice with Ilya Repin.

Such persistence is explained by Tretyakov’s desire to see Turgenev the way he knew him — as “an absolutely real man, as he is”. The two outstanding contemporaries were connected by a kind and respectful relationship, nurtured by “seeing each other from time to time and exchanging letters, and [by] Pavel Mikhailovich’s sincere admiration of Turgenev’s talent”.

Tretyakov’s wife, Vera Nikolaevna, had the same feeling about Turgenev; she mentioned Turgenev’s name many times in the pages of her blue notebook. Writing about the Pushkin celebration in Moscow, and the unveiling of the monument to the poet in May-June 1880, she portrayed Turgenev as a significant figure who played an important role in the festivities that took place at that time.

Turgenev, the writer, whose creative work influenced the worldview of a whole generation is often mentioned in the memoires of both Elizaveta Mamontova, who was close to the Tretyakov family, and Pavel Tretyakov’s daughters, Alexandra Botkina and Vera Ziloti, who remembers: “... we were brought up on Turgenev. ”

The December 15 event featured readings of all kinds of works by Turgenev, from well-known pieces (“The Russian Language”) to rarely recited short stories (“On Nightingales”). Presenters also read recollections by Turgenev’s contemporaries, full of humour and sharp comments. Particularly notable among these reminiscences was that of the leading art critic Vladimir Stasov, whose advice Tretyakov valued while acquiring the art of the “Peredvizhniki” (Wanderers) movement. The heated discussions, so notable in the second part of the 19th century probably prompted Turgenev to write the prose poem “Who to Argue With”, which warned against arguing with Stasov. Turgenev and Stasov were reconciled by their appreciation of the music of Tchaikovsky, whom the Tretyakov family held in great esteem.

The masterly musical performances were the highlight of a ceremony honouring the winners of the Pavel Tretyakov award. Tretyakov Foundation President Victor Bekhtiev announced the names to the audience, and, according to tradition, bestowed a certificate, a commemorative token, and the prize itself. The award winners in 2008 were Lidya Romashkova, Ida Gofman, and Galina Yushkevich. The General Director of the Tretyakov Gallery, Valentin Rodionov, warmly congratulated each award winner and expressed his gratitude.

Lidya Ivanovna Romashkova — Honoured Artistic Worker of the Russian Federation. She has worked at the Tretyakov Gallery since 1961, in the capacity of research associate, curator, director of collections, chief curator of the Tretyakov Gallery (1981-2001), Deputy General Director of Security and Coordination for Preservation of Museum Holdings. During the period of renovation of the Gallery she managed the very complicated process of transferring the whole collection from the Gallery into the depository and the building on Krymsky Val. During the design and construction of the depository, she took an active part in the development of technical specifications, the temperature and humidity control system, the fire and security alarm system — all that provides the conditions for the preservation of an art collection. Lidya Ivanovna — a true example of a personality with deep knowledge and a sense of responsibility — is always ready to share her experience with her colleagues in maintaining and record-keeping for the museum collections, in scientific publications, and in educational work.

Ida Markovna Gofman — Doctor of Art History, Honoured Cultural Worker of the Russian Federation. She has worked at the Tretyakov Gallery since 1954 as successively, research associate-guide, research associate in the catalogues department, research associate-editor of the Gallery’s publications, senior research associate, and chief research associate for the late 19th and early 20th century painting department. Her boundless energy and deep artistic erudition took shape in the organization and curation of the following brilliant exhibitions: “Saryan’s Fairytales and Dreams”, “Nikolai Sapunov”, “Moscow-Berlin”, “The Selfportrait in Russian and Soviet Painting”, “Russian Symbolism”, and “Blue Rose”. “Blue Rose” was exhibited in Brussels and in Moscow under the auspices of the European Union as part of the Year of Russia. The book “Blue Rose” was awarded the silver medal by the Russian Academy of Fine Arts and was declared the best book of the year at the 13th Moscow International Book Fair. The works written by Gofman honourably represent the author, an employee of the Tretyakov Gallery, in the United States Library of Congress in Washington, D.C. and in the Scientific Library of the National Gallery in Berlin. The recent exhibition, “The Golden Fleece”, also received wide public attention, and was accompanied (like the previous exhibitions) by a catalogue. Ida Gofman plans to organize a exhibition of the artistic heritage of Alexander Golovin in 2013.

Galina Sergeevna Yushkevich — Honoured Cultural Worker of the Russian Federation Galina Yushkevich is a first-category art restoration specialist. A winner of the “Golden Scalpel” award (Second Degree), Yushkevich has worked at the Tretyakov Gallery for more than 50 years, the whole time at the department of restoration of oil paintings. As a contemporary of the previous generation of such master restorers as Fedorov, Makhalov, and Ivanov-Churonov, the pride of Russian restoration, Yushkevich accumulated a wealth of professional experience and always maintained a creative attitude towards her work. Together with the outstanding masters Alexander Petrovich Kovalev and Leonid Romanovich Astafyev, she worked on the restoration of such works as “The Morning of the Strelets Execution” by Vasily Surikov, “Ivan the Terrible and His Son Ivan” by Ilya Repin, “Theatre Panels” by Marc Chagall, and “The Princess of Dream” by Mikhail Vrubel. Among the paintings saved by Galina Sergeevna and the staff of restorers of the Tretyakov Gallery, were the three panels of Vrubel “Morning”, “Noon”, and “Evening”, which were damaged in the fire in the House of Receptions of the Ministry of Foreign Affairs of Russia. Today, younger colleagues gratefully use the invaluable experience and restoration mastership of the older generation. 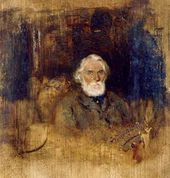 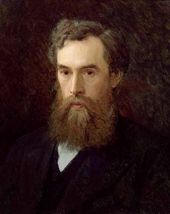 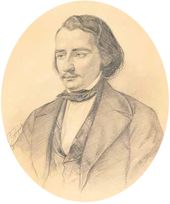 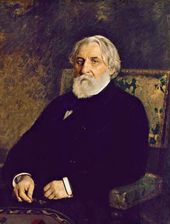