"Revival by Lora Verhovsky. The artist's first solo-exhibition in Moscow

The Israeli artist Lora Verhovsky’s exhibition of large-size artworks made of leather and suede in the Museum of Applied Arts was a success - with numerous articles in the press, and sincere appreciation from Muscovites and visitors to the Russian capital. Thus the exhibition “Revival” enjoyed no less popularity than in Israel, and at least one of the attractions was the technique - the so-called “leather intarsia”.

For the Russian ear the term "intarsia” - though it sounds the same compared to other languages - is much less familiar: Russians use the word "incrustation” instead. In the West the word "intarsia” is used not only to describe decorated leather consumer goods such as belts, bags, gloves and the like. It is also applied to knitted decorated garments, and even to some music pieces, like, for example, Haflidi Hallgnmsson’s "Intarsia: Six Movements for Wind Quintet” which he composed in 1991.

So, no doubt many Russian viewers resorted to dictionaries and the Internet to check the meaning of the word. Following woodwork in Ancient Egypt, Greece and Rome the application of wood incrustation reached its peak in the Renaissance, and by the 15th century Florence alone was proud to have more than 80 workshops dealing with mosaics in wood and stone. Some such artefacts have survived to the present day and are recognized for their historic and artistic value. The turn to leather mosaics and incrustation - leather intarsia (the term itself is Italian) came later. Floral or geometrical design was cut off the leather different in colour from the main piece and inlaid (the English term for the Italian "intarsia” being "inlay”). In the History Museum of Sweden in Stockholm viewers can see a 1 5th century leather intarsia artwork. In the 17th and 18th centuries inlaid leather upholstery was widely used in the decoration of carriages, but most often the inlaid leather technique was applied in book binding, made by unknown artisans of the past or by well-known designers of present day. It is worth mentioning the outstanding French binder Pierre Legrain (he took it for granted that the binding should relate to the contents ... and should "evoke not the flower but its fragrance”), and Mary Reynolds who studied book binding in his atelier and later made some absolutely fascinating book covers in co-operation with Marcel Duchamp and Man Ray. To the present day leather intarsia is used in special book bindings.

We pay such attention to the intarsia technique because it has not been - so far - used in large-scale pieces of art - but in this case the result of the creative efforts of the artist concerned is of particular interest.

Lora Verhovsky exhibited almost 50 leather pictures which she created over seven years or so. These works are very special indeed: according to Verhovsky she "uses natural leather and suede instead of paintbrush, paints and canvas, creating a novel, unique expression.”

If viewed from a distance her leather pictures look like paintings or Florentine mosaics.

Verhovsky is a graduate of the Latvian Academy of Arts - a fact that explains much in her attitude to leather and suede, since the Baltic peoples traditionally use such materials in their folk and fine arts items. The artist is so deeply involved in the creative process that very often some defects and imperfections of the leather or mildew stimulate her artistic imagination.

She has broken all the borders of applied arts in her desire to create, making her leather intarsia artworks in different purely visual art genres. One can admire her still-lifes, some of which depict Jewish subjects ("Jewish Table”, "Ten Commandments”), or her landscapes ("My Tiny Country”, "Mountain Village”), or just genre scenes ("Cafe Maimon”), or animalistic pieces ("Blue Owl”, "Just Cats”, "Cats on a Bench”).

The artist like a real painter in search of his or her individuality makes some realistic works ("Two Flowerpots”) and abstractions ("Lunar Landscapes”), some Art-Deco style pieces like "Tulips on the Red Chair” and "Coat Racks” and the cubist "Cafe Maimon”; following Duchamp she makes her "Mona Bast”, or transforms paintings of internationally famous artists into leather and suede ("Klee's Rhythms”). A loud red little piece of leather is enough to provoke Lora to improvise on Miro ("Composition 'Miro'”).

Lora Verhovsky reveals her talent as a graphic artist in her compositions in which line prevails; and as a painter in those works in which colour with all its nuances and shades dominates. According to Professor Grigory Ostrovsky, "Lora Verhovsky has her own style, having combined fantasy and reality and thus creating something new, something not seen before. Having moved beyond any simpler approach to 'likeness', Lora creates a world in which fantasy and imagination, refined style and a bold but always justified deformation interact. In each of her leather pictures one can see artistry and elegance, perfect taste, clarity and originality.”

Such is the opinion of a specialist - as for amateurs and everyday viewers they never fail to feel the strong magnetism of Verhovsky's leather pictures which seem to radiate a special warmth, and to attract the attention of the keen observer with their absolutely natural texture and genuine beauty.

Thus the purely creative imagination, and the perfect mastery of the artist, combined with natural media, produce a really fascinating artistic result that can be probably compared to the artistic product of a jeweller working with remarkable samples of nature.

The artist named her leather pictures collection "Revival”, which for her personally means "to revive” the old-time technique, to find solutions in modern forms and new subjects. There certainly is a secondary meaning - to give a second life to something useless from the point of view of pure consumerism, and in this way to open the door to pure art for such odds and ends.

In an era of mass culture and mass production Lora Verhovsky's hand-made unique, single-piece works of art confirm once and forever the prime principles of the uniqueness of artworks created by an artist, in which the personality of the artist revives itself time and again in each new work. 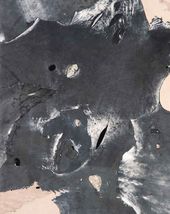 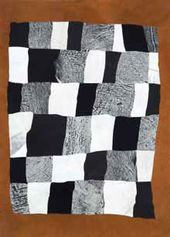 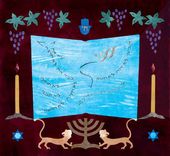 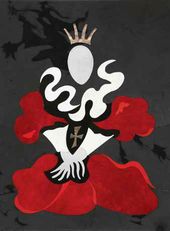 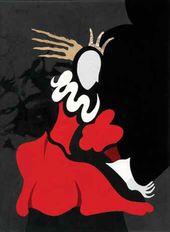