The Passionate Dance of the Avant-Garde

Museum of Modern Art in Rovereto (Trento province, Italy) opened an exhibition titled ‘The Dance of the Avant-Garde" on December 16, displaying paintings, scenography and costumes from Degas to Picasso, from Matisse to Haring. Over 1,000 paintings, sculptures, graphic works and photographs created in the 20th century introduce the viewer to the magical union of dance and the visual arts, and to the wonderful century of real-life and fantastic images.

The organizers focused on the important changes of the times that concerned both the theatre, and the artistic achievements of great masters who implemented their new ideas on stage. At the beginning of the 20th century theatre served as a huge laboratory for artists such as Degas and Toulouse- Lautrec. It was a space in which to experiment, a place where extraordinary and often controversial artistic decisions were made. As a result, by the end of the 1920s there was not a single avant-garde movement that had not made a contribution to the theatre arts, and to the theory and practice of ballet and dance. 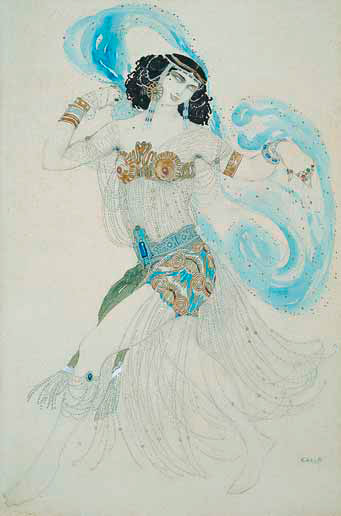 A whole section is devoted to Sergei Diaghilev and his Russian ballet which completely changed the idea of the art of dance. The artists featured here are Matisse, Picasso, Bakst, Larionov and Goncharova, with whom the Russian impresario actively worked when creating costumes and decorations. 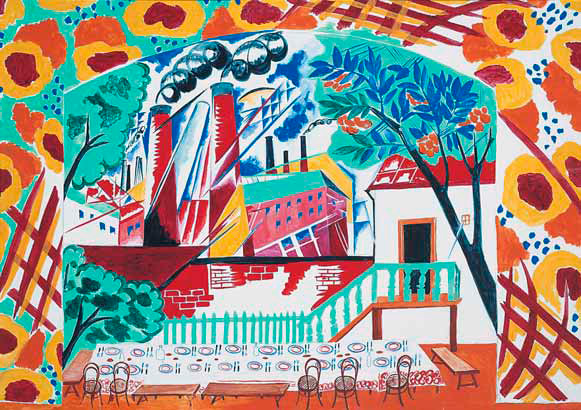 The exhibition also focuses on the development of the theatre arts during the early post-Revolutionary years in Russia, and the desire to experiment which was most explicitly expressed on stage, giving rise to more and more new trends in the visual arts. Futurism, suprematism and constructivism were all "tested" on theatre productions by such Russian artists as Alexandra Ekster, El Lisitsky, Kazimir Malevich and Vladimir Tatlin.

The works of Schlemmer, Miro, Rauschenberg, Fontana and many others are displayed in the sector devoted to the main development trends of theatre arts of the second half of the 20th century.

"The Dance of the Avant-Garde" ends with a section devoted to fashion where Versace costumes for Maurice Bejart, Christian Lacroix's costumes for Bianca Lee and the experimental clothing articles by Yves Saint Laurent are of most interest.

Among the museums taking part in the exhibition, which is already proving to be the most significant event in the cultural life of Italy, are the Stockholm Dance Museum, the La Scala Theatre Museum, the Tretyakov Gallery, the Russian Museum, the Bakhrushin Theatre Museum, the Pushkin Museum of Fine Arts, and the Victoria and Albert Museum. It runs until May 7 2006. 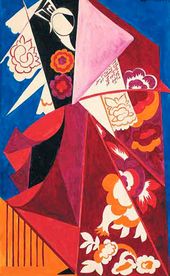 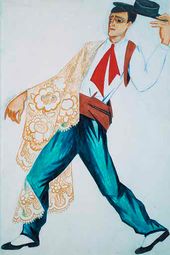 Natalia GONCHAROVA. A Spaniard with Shawl. 1916
Costume sketch for L. Myasin’s production of the ballet ‘Triana’ based on music by Isaac Albeniz. Watermarked paper, gouache, pencil. 65.8 by 44 cm. Tretyakov Gallery

Mikhail LARIONOV. The Forest. 1916
Sketch of decorations for the “Baba Yaga” scene of L.F. Myasin’s production of the ballet ‘Russian Fairytales’ based on music by A.K. Lyadov. Paper mounted on cardboard, watercolour, pencil. 45.5 by 70 cm. Tretyakov Gallery 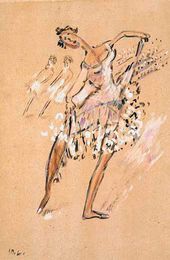 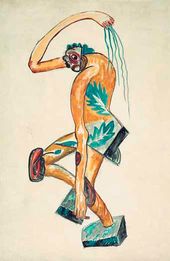 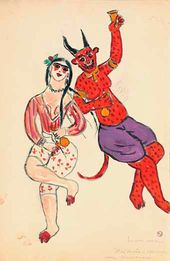