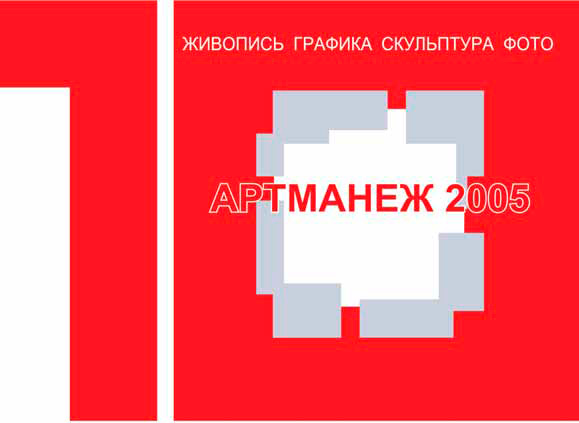 It is a known fact that Manezh was built to the design of architects O.Bovet and A.Betancours in 1817 to commemorate the victory of the Russian army in the war of 1812, intended as a place where Muscovites could observe cavalry parades. But in 1831 the glorious guardsmen were replaced by models of the cast-iron Moskvoretsky bridge, in 1852 - by agricultural products, in 1867 - by ethnographic rarities, in 1872 - by technological advances, and in 1908 Russian and foreign automobile plants came here to demonstrate their produce. At one point the Manezh housed as many as 12,000 people attending the concert of the genius Hector Berlioz conducting 500 musicians and 350 singers.

In the Soviet period from 1957 its halls accommodated the annual AllRussian and All-Soviet art exhibitions; from 1996 a modern art fair, ART- MANEZH, began to take place there as well, this year running in its tenth edition. There was a tragic exception, however, when last year the building was being restored after a fire, but the organizers managed to hold the fair anyway, although it took place at the stadium of the Central Sports Club. Thus, even such dramatic circumstances were unable to interrupt the tradition.

This year ART-MANEZH returned to its traditional venue, which has become surprisingly similar to a kind of European "kunsthalle”. Neither this fact nor that of its tenth anniversary, however, had much impact on the content or viewers when compared with the last couple of years. The division of galleries and artists who take part in ART-MOSCOW and ART-MANEZH has apparently become permanent.

Loyalty to the venue in no way influenced loyalty to the galleries' chosen directions. Their established profiles brought a welcome sense of tradition and stability.