THIS AUTUMN SOTHEBY’S AND CHRISTIE'S HAD THEIR RUSSIAN ART AUCTIONS IN LONDON AT THEIR TRADITIONAL TIME, LATE NOVEMBER. SOTHEBY’S AUCTIONS WERE HELD IN TWO SESSIONS ACCORDING TO THEIR USUAL PRACTICE: PAINTINGS AND DRAWINGS WERE AUCTIONED AT 34-35 NEW BOND STREET ON 19 NOVEMBER WHILE SCULPTURE, DECORATIVE ARTS AND PRINTS AS WELL AS SOME WORKS OF THE 1950S TO 1990S WERE SOLD AT OLYMPIA ON 20 NOVEMBER.

Christie's preferred not to separate the Russian art collection from the European decorative arts, mainly silverware from the sixteenth to the twentieth centuries. Significantly, the Russian auction was held at 8 King Street, Christie's central showroom, not at their South Kensington affiliate, normally used for minor auctions, and where their Russian art auctions have been held for the past few years. 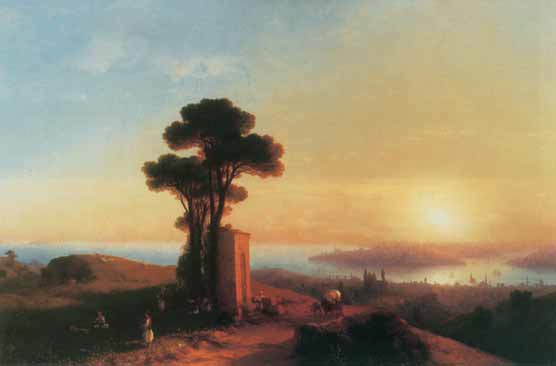 The November auctions have always been popular, especially among Russian buyers. However, this autumn the interest on the part of art collectors, gallery owners and art dealers, bidding over the telephone or through their representatives, at all the auctions, with perhaps the exception of the one at Olympia, was noticeable, with sales matching those of the late 1980s.

Of primary interest were the numerous paintings by Ivan Aivazovsky, the Russian antique painting "auction leader", which were shown at both Sotheby's and Christie's. But works by Konstantin Korovin, Natalya Gonchyarova and David Burlyuk, at Sotheby's, as well as those by Ivan Shishkin and Ilya Repin at Christie's drew considerable attention, despite the fact that some of Shishkin's paintings were mentioned in the Catalogue Supplement as being of dubious authenticity.

The steady rise in prices for works of art, which in some cases are difficult to explain, has been noticed at many auction houses.

Russian art auctions witnessed real "bidding wars" leading to some startling results. Thus Sotheby's auctioned a Korovin canvas of his late, Paris, period for $204,000 US, or £120,000 UK, (excluding VAT), while merely six months earlier the price might have been no more than $ 60,000 US. Similarly, Sergei Soudeikin's 1919 picture, from his Tbilisi period, went for $226,000 US. "Bathing at Midday" by Pyotr Konchalovsky, painted when the artist was not thought to be at his best, was purchased for $350,000 US. Christie's auctions saw similar upsets. "A View of Rome" by Nikolai Chernetsov, made £380,000 UK, twice its estimated value. "The Order of St Andrew First-Called" was purchased at a price over £100,000 UK. And incredibly, Vladimir Verescha-gin's "Winter View of the Kremlin through Fog", a rather commonplace painting, was sold for eleven times the starting bid. 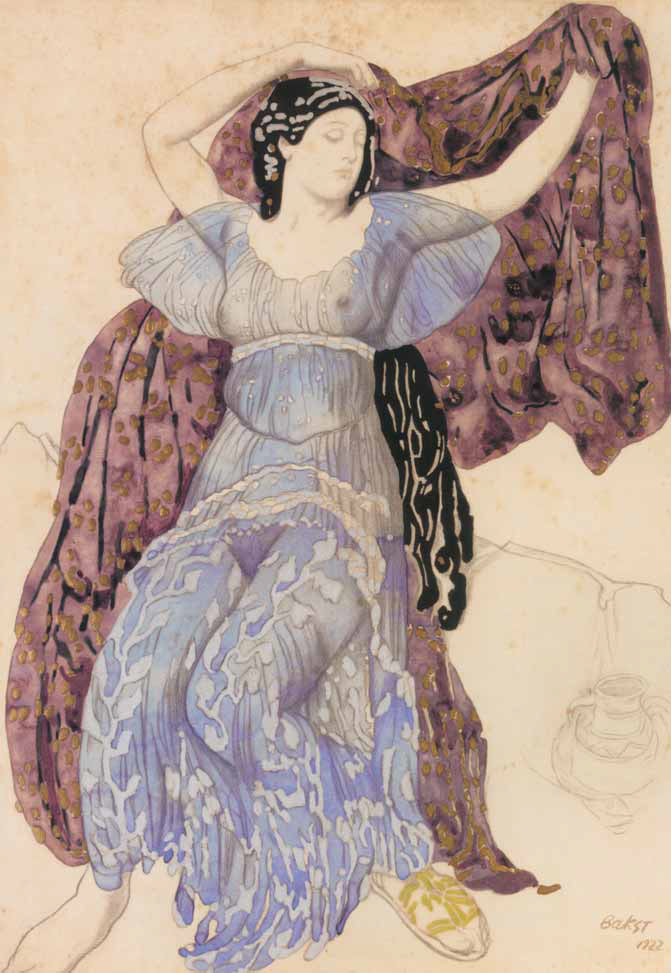 The highest Russian jewellery purchase, £750,000 UK, was at Christie's for the "Street Painter", a 1916 Faberge statuette of precious and semiprecious stones.

This year Sotheby's included contemporary Russian art. A canvas by Dmitry Krasnopevtsev made $50,000 US, a notable achievement. But although the non-conformist works of Vladimir Yakovlev, Anatoly Zverev and Dmitry Krasnopevtsev were less successful than had been expected, their participation in the auction is still significant: it is likely Sotheby's Russian Art Department will offer more modern Russian paintings in the future.

Statistically, Sotheby's 2003 Russian auctions saw price increases 2.5 to 3 times higher than last year's. The percentage of sold items also increased: of 243 paintings 84% were sold. Christie's put to auction 230 lots, with 135 paintings, and made about the same percentage of sales. Interestingly, more than half the canvases were purchased by Russian clients, showing that the antique painting market in Russia affects the prices at London auctions; this includes both outstanding works of art as well as the mediocre, which only confirms the well-known market adage - prices for antique art always grow. Prices for Russian art are growing too and Sotheby's and Christie's auctions this autumn offered ample proof. 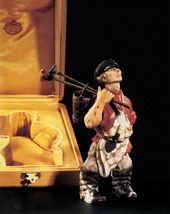 BORIS FREDMAN CLUZEL. A carved hardstone model of a street painter by Faberge. 1916 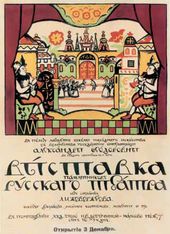 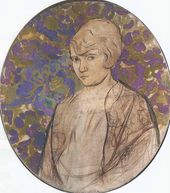 VALENTINA KULAGINA. Self-portrait with Flowers
Pencil and oil on canvas

DMITRY KRASNOPEVTSEV. Composition with Flowers in a vase. 1960
Oil on board

IVAN AIVAZOVSKY. Arrival of a Russian ship in Constantinople. 1880
Oil on canvas 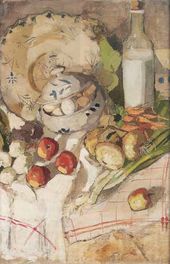