In 1877 Alexey Petrovich Bogolyubov, a famous landscape painter and picture-collector, addressed the Saratov City Duma to offer his collection to the city in order to found an art museum. It was not by chance that Bogolyubov chose Saratov, since his grandfather, Alexander Nikolayevich Radishchev, an acclaimed writer and publicist of the 18th century, was born in the Saratov province. The latter was famous for his book "Journey from St. Petersburg to Moscow", in which the Empress Catherine the Second to her great dissatisfaction saw a revolutionary message.

To a considerable extent thanks to his authority, and the broad support with which the public met the idea of opening an art museum in the province, Bogolyubov was able not only to open the museum but to name it after Radishchev. Emperor Alexander the Third played a special role in the process. In reply to Bogolyubov's request he wrote: "As far as Radishchev is concerned, he died and was forgiven eighty years ago. The freedom of the Russian people for which he strived is already granted by now. Therefore past mistakes can't stand in the way of his popularity". 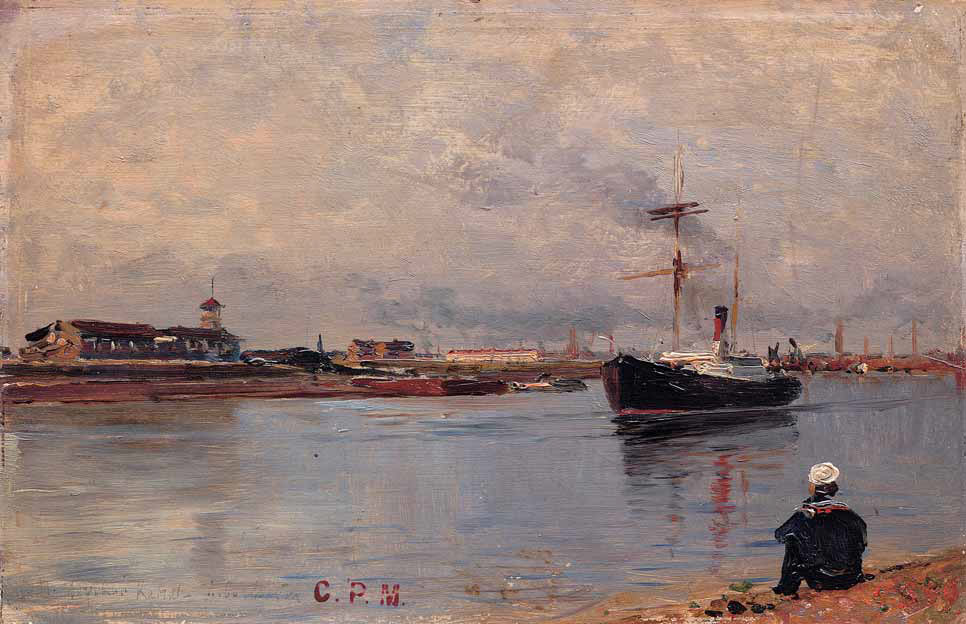 Alexey P. BOGOLYUBOV. The First Battle of the Russian Sea Fleet Led by N.A. Senyavin with the Swedish Fleet near Ezel Isle. Study. 1866
Oil on canvas. 46,5 by 74,5

The Petersburg architect I.V. Shtrom designed a new building on Saratov's main square reproducing the typical design of Western European museums, while the local master A.M. Salko supervised construction. The interior is adorned by iron stairs cast at A.V. Chirikhina's plant in Saratov. The building houses the museum to this day.

The collection's core is about one thousand works given to the museum as gifts by its founder A.PBogolyubov: his own pictures, as well as works of his friends and disciples - I.Ye. Repin, V.D. Polenov, I.N. Kramskoy, K.A. Savitsky, 1.1.Shishkin, I.P. Potikhonov, and A.A. Ivanov and K.P. Brullov's sketches, paintings, graphics, pieces of folk and applied arts; works by painters of the German Dusseldorf and French Barbizon schools. At A.P. Bogolyubov's request, and with the Emperor's support, pictures of the old masters were sent to Saratov from the Hermitage and the Academy of Fine Arts. One of them was the rare "Triumph of Bacchus" by Giorgio Vasari.

The inauguration of the museum took place on June 29 1885. In connection with this event many collectors including the brothers P.M. Tretyakov and S.M. Tretyakov, A.P. Bakhrushin, A.V. Zvenigorodsky made gifts to the new gallery. F.A. Bronnikov, M.M. Antokolsky, F.S. Zhuravlyov donated their works. The descendants of A.N. Radishchev passed over the family relics, including icons and family portraits. The famous singer Polina Viardo donated some personal belongings of her long time admirer, the great Russian writer I.S. Turgenev.

According to the Radishchev Museum Catalogue of 1886, a year after the inauguration the collection already amount to 2,000 works. It included a variety of works of European and Russian art: from ancient numismatics and Pompeii frescos to pictures by contemporary artists. 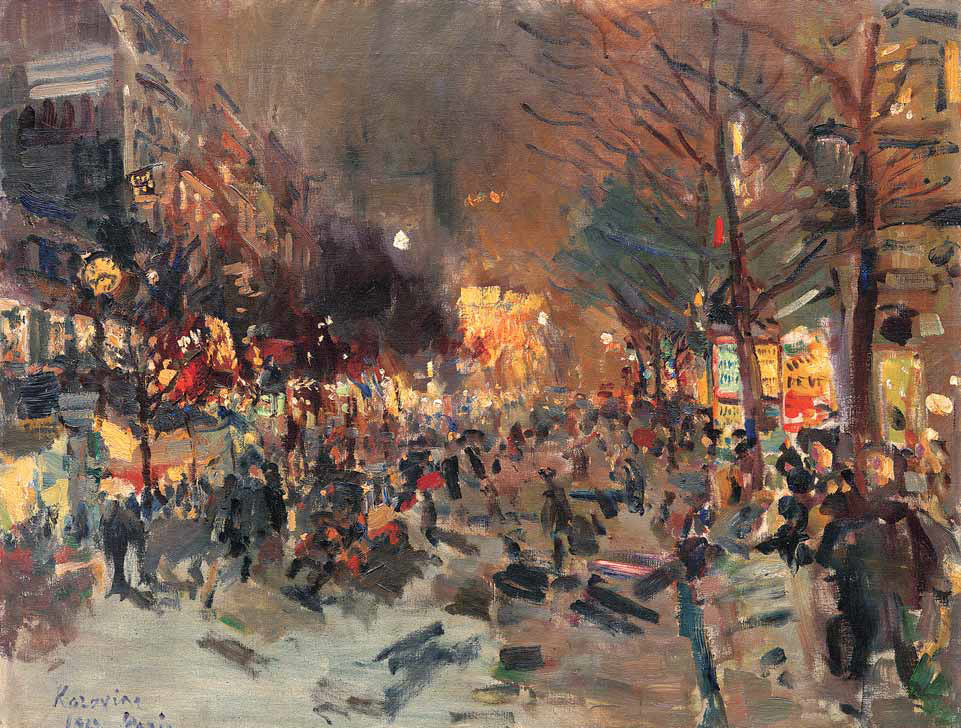 Until 1917 the Radishchev Museum extended its collection mostly through donations. Many helped to complement the collection of Russian art of the second half of the 19th century, while the collection of the late 19th - early 20th century also improved. At the same time the museum received its first works by V.E. Borisov-Musatov.

After the Revolution major changes occurred when the collections of mineralogy, architecture and ethnography were removed, and only exhibits related to art were left. From 1922 until 1936 the Saratov museum was an administrative part of the Museum of the Lower Volga Region.

In 1973 a section of ancient Russian painting was established, featuring masterpieces such as the icons "St. Nicholas and the Selected Saints" of the 15th century, and "Our Lady of Tikhvinsk" of the 16th century The 20th century collection has been constantly supplemented: in the 1920-30s with the works of the artistic associations Makovets, OST, the Four Arts Society; and later, with works of both mainstream socialist realism and the so-called "severe" style of "new wave" artists of the 1960s.

The State Saratov Museum of Fine Arts named after A.N. Radishchev is one of the richest collections in Russia, with more than 20,000 exhibits. Its paintings of the 19th-20th centuries are among the highpoints of Russian art.

At the turn of the 19th century Saratov became an important centre of art which produced many outstanding painters, such as V.E. Borisov-Musatov, P.V. Kuznetsov, P.S. Utkin, K.S. Petrov-Vodkin, and A.I. Savinov. A.P. Bogolyubov dreamt of founding a painting school to advance education among the young, and the Bogolyubov Painting School opened in 1897 already after the death of its founder, as a subsidiary of Baron Shtiglits' St. Petersburg Central College of Technical Painting. Many famous artists including P.V. Kuznetsov and A.I. Savinov studied there.

The Saratov Museum has several affiliates. One of them is the Pavel Kuznetsov House, where alongside the permanent memorial exposition, exhibitions of young artists from Samara and Moscow are periodically arranged. Another is the V.E. Borisov-Musatov Estate. In 2002, the K.S. Petrov-Vodkin Memorial Art Museum in Khvalynsk and the Engels City Picture Gallery became parts of the Saratov Museum. The affiliate in Balakovo on the Volga is a site for temporary exhibitions from the Saratov Museum.