CUBISME + КУБИЗМ + KUBISMUS. AN ARTISTIC MOVEMENT IN EUROPE, 1906-1926 - THIS IS THE TITLE UNDER WHICH THE SPRENGEL MUSEUM IN HANNOVER AND THE STATE TRETYAKOV GALLERY IN MOSCOW MOUNTED AN EXTRAORDINARY COLLABORATIVE EXHIBITION.

Comprising about 170 paintings, drawings and prints, including outstanding works on loan from many of Europe's most important museums, the exhibitions impressively visualize the interaction between Russian Cubism and the predominantly French Cubist movement in Western Europe. Thus, following its significant exhibition of Italian Futurism in 2001, the Sprengel Museum in Hannover and the Tretyakov Gallery in Moscow documented, in the equally comprehensive exhibitions, a further international artistic movement of the beginning of the 20th century. As the first modern art movement of the 20th century in Western Europe, Cubism immediately became known through such famous artists as Pablo Picasso, Georges Braque and Juan Gris, above all in Russia, but also in Germany. Confrontation with early Cubism as a movement that waived realistic depiction and divided the subject matter into geometrical, primarily cubic shapes decisively triggered the development of avant-garde ways of thinking in Russia and resulted in the abstract movements of Suprematism and Constructivism and, ultimately, in a return to representational principles. 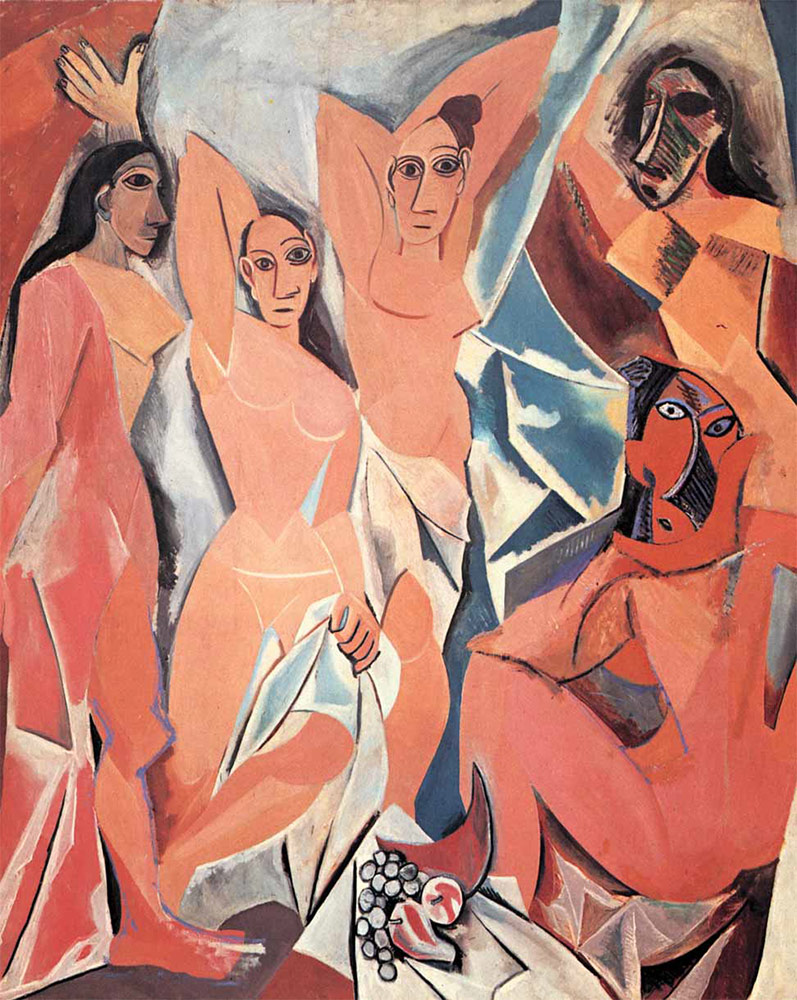 The famous Russian collector Sergei I. Shchukin purchased his first Cubist Picasso (Woman with Fan, 1908) in September 1908 and took it back with him to Moscow. Many other Cubist works, both by Picasso and by Braque, followed soon after. Around the same time, another Moscow collector Ivan Morozov, was also collecting works by Picasso. Shchukin opened his Moscow villa to the public in 1909 and was very soon exhibiting the works of Cubist artists regularly. Many Moscow artists, including Mikhail Larionov and Natalia Goncharova, David Burliuk, Kazimir Malevich, Ivan Kliun, Vladimir Tatlin and Vasily Kandinsky were first introduced to French Cubism through these exhibitions.

It was primarily the German artists Franz Marc and August Macke who, through their close connections with French artists, and especially with Robert and Sonia Delaunay, introduced Cubism into the Rhineland, where it was embraced by many artists. The active involvement of art galleries - Herwarth Walden's "Der Sturm" in Berlin, for example - also contributed to the rapidly growing popularity of Cubism among German artists.

In the Hannover-Moscow exhibitions, principal works of early Cubism from collections in Western Europe, including a large selection from the Sprengel Museum's own collection, as well as those works from the Shchukin and Morozov collections which are now kept at museums in Moscow and St. Petersburg, enter into a dialogue with works of Russian Cubism from the collection of the Tretyakov Gallery.

This confrontation reveals aspects to which little thought has hitherto been given, such as the close connections that existed between the artists of Eastern and Western Europe and those characteristics which they shared in the development of modernism and which constituted an important basis for the subsequent development of modern movements in 20th century art in Russia.

The exhibitions visualize these aspects with reference to a whole complex of themes: Analytical Cubism and the influence of the early Cubist works of Picasso on Russian artists (Goncharova, Tatlin, Popova, Lentulov) have just as significant a part to play as the difference in the ways French artists (Leger, Delaunay) and their Russian counterparts (Ekster, Kuprin, Lentulov) approached the theme of the "City". The form-fracturing principles of the still lifes of Picasso, Braque and Leger and the publicity aesthetic of the still lifes of such Russian Cubists as Udaltzova, Rozanova and Kliun are brought into relation with the development of Synthetic Cubism (Picasso, Braque, Malevich, Morgunov) and the phenomenon of Russian Cubo-Futurism. A further aspect is Cubism's strong tendency towards three-dimensionality, expressed both in reliefs and in freestanding sculptures (Tatlin, Kliun, Popova). Last but not least, both the exhibitions document not only the radical further development of the Cubist style in Russia into the pure geometrical abstraction of Suprematism and Constructivism (Malevich, Rodchenko, Rozanova, Kliun) but also the ultimate return to the representational principles during the 1920s (Picasso, Leger, Klee, Malevich, Goncharova, Stepanova). 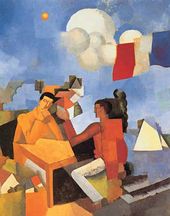 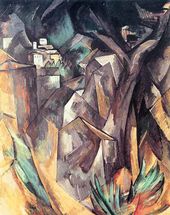 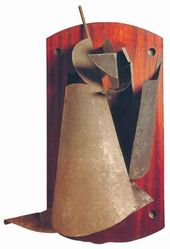